My Weekend in Salisbury 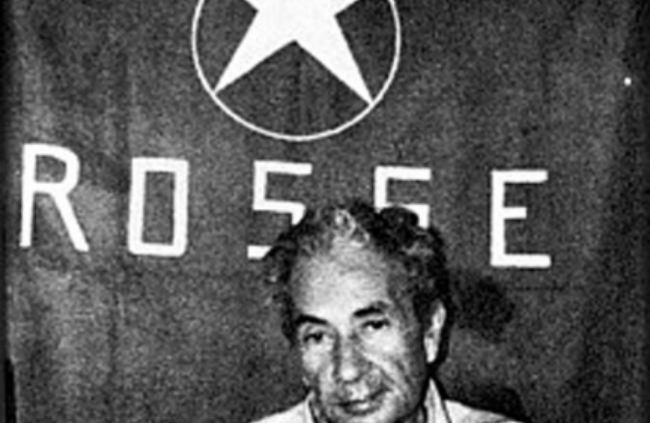 It was great to be in Salisbury again, the second time for me, half a decade for the Institute, and take in the lively atmosphere and the interesting – sometimes fascinating – talks and debates that seem to be a feature of the Winter Gathering. Merryl’s energising pep talk, always one of my favourites; the story of the often misleading certainties of science; the mindboggling complications of arid statistical information; an exploration within the meanders of the reign of the Whitehall mandarins; a taste of creationism. And much more.

As a relatively new addition to the world of Islam, I am still continuously surprised by my discoveries of the many layers of the Muslim frame of mind and of its practices. Because Muslims have an entirely different way of approaching academic subjects: they treat academia as just another level of knowledge, another strand of life, without undue reverence but also without presumption. It makes the subjects immediately more approachable, more interesting, somehow bestowing more. There is a sense of humility towards scientific subjects, which coupled with an apparently deep-rooted culturally-based familiarity dating back centuries makes even the most intractable issues seem easy or at least approachable. During the questions and answers time, no matter who asks the questions – and no one is too shy to do so – each is treated with respect, consideration and given intelligent answers.

The choice of speakers is relaxed and unpretentious: a writer, a scientist, an artist, a civil servant, a historian, another scientist, an average person who tells of her experience in life, another scientist. There is an inherent humanity in this approach which takes away the mystique and adds not only a more approachable atmosphere but ultimately, since the audience is made up of normal everyday human beings, a greater level of understanding and therefore of learning. It was encouraging to hear a young person who had been cajoled into being a chemist by his father, broke away to become a poet, playwright and musician, but only after fulfilling what he considered to be his duty towards his family by acquiring a PhD. So, science plus family values plus gratitude plus responsibility plus personal realisation plus art.

A truly stimulating, friendly, almost convivial set of meetings, supplemented by tasty meals and a winning performance of Somali rap with a good punch to it. But there was something missing. It was all a bit too easy. For a westerner emerging from a society where a friend jokingly wishes him a “good time in Salisbury, just see you don’t end up in Guantanamo, you and those Muslim friends of yours…”,  there was a feeling of a certain lack of commitment and a sense of unconscious skirting the unpalatable issues of the world outside, which was always there, a few yards from the main door of Sarum College. For I have no doubt that the good, civilised and open-minded burghers of Salisbury would inwardly recoil at the idea of almost 50 Muslims gathered in a weekend-long meeting to discuss Islamic issues – only inwardly, of course: they would undoubtedly smile affably and compliment us for the interesting initiative.

The often deeply hidden, but always deeply felt, fear of Islam is pervasive at all levels of Western society, and we all know that. Because Islam has become, and will be for the foreseeable future, the biggest issue facing the world. It impacts the morals, ethics, the economy, religion, it is the source of wars, it wants to change the world. And the West is frightened. For to westerners, Islam equals terrorism, fundamentalism. It is the only voice of Islam that they hear. Of course we can discuss and usefully entertain ourselves with interesting topics of Islamic science, history and life-changing experiences; nor is the Institute responsible for challenging the status quo and coming up with solutions to the problems which are worrying society. But it seems to me that Muslims, of which I believe the Muslim Institute is one of the best examples of what Islam could be and should become, are perhaps too often unwilling to tackle the pressing need to understand what are, and how to start addressing, beyond ancient tribal or sectarian divides, the differences between the jihadists and the remaining 99% of the Ummah.

Islam is being hijacked by fundamentalists, and any gathering of Muslims in an environment where its problems can be aired should perhaps also be used as an opportunity to explore and gradually bring to light what people feel about them and if and how they can be neutralised or brought back to the fold. In the “years of lead” of Italy, the 1970s, when terrorism (the Red Brigades) was attempting to destabilise the government and install what would have been an extreme form of communist dictatorship, there was a sizeable proportion of the Italian population which was vaguely sympathetic to them, even though they rejected their bombing raids and their killings and would not have accepted a regime which would have thrown them into a reign of terror. What they were hoping was that society could change for the better, thanks to the elimination of the contradictions and corruption of the current system of government. It was only when this portion of Italian society realised the true spirit of the Red Brigades and abandoned them that the terrorists were able to be isolated and defeated.

The parallel may be considered true with reference to the Ummah in the sense that it is probably necessary for the whole of the Muslim community to become aware of the fact that the fundamentalist issue, which is affecting Muslim societies more than the West itself, although it addresses existing issues of past and present colonialism, exploitation, and a degradation of the perceived ethics of society, is a force which can only bring about negative, demeaning and regressive regimes, ultimately to no-one’s advantage. Only when the jihadists and fundamentalists begin to feel isolated and lose the underlying psychological popular attraction which any revolutionary force needs to survive and which they currently have, albeit in an unconscious, largely subliminal form, from the world of Islam, can they be defeated. And one of the most effective ways to create this isolation is for the rest the Islamic world to make its opposition heard, with a loud voice. A daunting task indeed, but which will be carried out eventually, although it will undoubtedly need a long timeframe and involve all levels of society.

But then, perhaps, last week’s Winter Gathering topics, its speakers and its relaxed, pleasantly engaging and intellectually satisfying momentum was the right way to address this massive, fascinating, world-changing transformation which we are all involved in. Maybe Muslims need to first be reminded,  through confronting each other’s common grounds, by airing their feelings about the mundane and every day interests of the liberal and well-integrated community that they are, through recovering their past, that their true, fundamental beliefs, their way of looking at the world, and their innate self-assurance which the Qur’an and their past contributions to civilisation has given them is of enormous and universal value, and could be the basis for the best aspects of a society of tomorrow.

Brandino Machiavelli is a retired documentary filmmaker who now works in business development consultancy. He is a Fellow of the Muslim Institute.