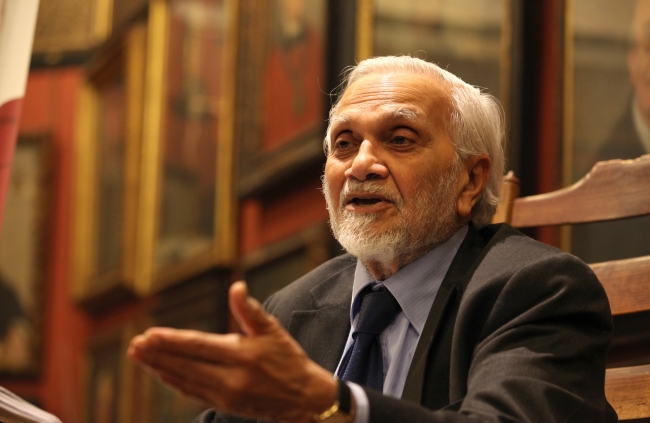 The Muslim Institute's Fifth Annual Ibn Rushd Lecture took place on Tuesday 9 May 2017, at the illustrious Art Workers' Guild Hall in London. Speaker Lord Bhikhu Parekh discussed multiculturalism in an age of Brexit and Trump: where alternative facts and fake news are seemingly shaping our narrative on cultural cohesion.

Lord Parekh is a political theorist who has taught at the London School of Economics, University of Hull and University of Westminster. He has served on the Commission for Racial Equality and is a Labour member of the House of Lords. To listen to Lord Parekh's lecture click here.

His talk continued the Muslim Institute's series of lectures, in honour of Ibn Rushd, which are intended to explore the contemporary relevance of Islam's intellectual history. They are delivered annually in early summer by notable academics and thinkers. Previous lecturers have been Dr Amira Bennison, Professor Oliver Leaman, Professor Ebrahim Moosa and Dr Alba Fedeli.

A stimulating lecture was followed by a vibrant Q&A session and the discussion was continued over a buffet supper.