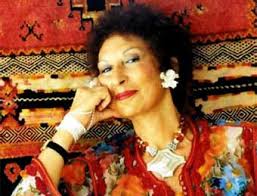 The American scholar Amina Wadud has mourned her and called her “one of our greatest foreMothers.” Many see her as having given confidence to the idea of an Islamic feminism and its struggles for human dignity, equality, and social justice, at a time when Western feminism remained Eurocentrist, anti-religious, and not Third Worldist enough.[1] Mernissi had high hopes for change, the spirit of which she saw growing among the youth since the 1990s. That spirit of hope is what her overall work has been about, hope rooted in the bright past, in memory, in crossing borders, and in spiritual nomadism. Mernissi was my scholar-hero of Islamic feminism, gender equality and human dignity as seen from a female eye. So she will remain for the coming generations. This short tribute is from an indirect student to a great scholar.

Mernissi crossed borders to understand. She challenged herself, and her tradition, to embrace a larger human self. Her quasi-real grandmother Yasmina that we find in her novels is a source of inspiration to her. The Harem she describes may be a physical prison, but the women characters she describes within that prison are powerful, strong, and inspiring. Yasmina urges the little girl (Fatema) to travel, see the world and recognize God’s marvels outside, an inspiration she learnt from Sufis. That is what she narrates, among others, in Scheherazade Goes West: Different Cultures, Different Harems (2001). Mernissi remained a nomad, an advice Yasmina gave her, in narrating to her a tale from Scheherazade of The Thousand and One Nights.[2] The medieval spiritual city of Fez and its family harem of the 1940s was a closed tradition, it appears from outside, but open to historical narratives and intellectual nomadism of various female voices that bring their dreams to the world outside. These dreams are translated in twenty-five languages, to give the harem a different connotation. This she narrates in the fascinating (quasi-autobiographical) novel Dreams of Trespass (1994).[3]

Mernissi’s first work Beyond the Veil: Male-Female Dynamics in a Muslim Society was published in 1975; many revisited revisions followed since then. It has become a classic on Arab-Muslim-and-Mediterranean socio-anthropologic work on women. Its first edition was very anti the widespread un-egalitarian and misogynist interpretation of Islam. Mernissi received tough criticism on that from the conservative elite in her early career. Later, with more sociological and theological studies, she would clarify her views based on the tradition itself to unveil the patriarchal and cultural additions that have burdened the Muslim message and the perception of man and woman. She is very critical of the authority of some Prophetic narrated hadiths, and questions their validity in comparison with the Islamic message which she considers to have given full ontological equality of man and woman. She dreams of reclaiming the “second message of Islam,” which is that of equality and justice. In the preface to the book, she says, “Paradoxically, and contrary to what is commonly assumed, Islam does not advance the thesis of women’s inherent inferiority. Quite the contrary, it affirms the potential equality between the sexes.”[4]

Comparatively, Mernissi had her say on Western feminism and its historical background, thus its present priorities and neglect of Islamic women liberation history and input. The West had its own version of the harem, at the core of which is the ontological inferiority of woman. This long passage explains her point, which may appear simplistic for Western feminist scholars in particular:

“In western culture, sexual inequality is based on belief in women’s biological inferiority. This explains some aspects of Western women’s liberation movements, such as that they are almost always led by women, that their effect is often very superficial, and that they have not succeeded in changing significantly the male-female dynamics in that culture. In Islam there is no such belief in female inferiority. On the contrary, the whole system is based on the assumption that the woman is a powerful and dangerous being. All sexual institutions (polygamy, repudiation, sexual segregation, etc.) can be perceived as a strategy for containing her power…While the women’s liberation in the West focuses on the woman and her claim for equality with men, in Muslim countries it would tend to focus on the mode of relatedness between the sexes and thus would probably be led by men and women alike.”[5]

Mernissi’s point that Muslim males may be among the advocates of gender equality stems from her familiarity with the Islamic tradition and its scholarship that dedicate(d) space to women rights and duties. The legal rights that appear to inferiorize Muslim women in modern times were at a certain age and for centuries advanced rights. Added to this is the fact that Mernissi now underlines the ontological equality the Quran speaks of, a strong basis on which to adjust legal rights on equality in Muslim majority societies nowadays. As to the issue of the veil, for example, she sees in it a male and patriarchal dominance that resists liberation. More than that, she sees it as a politicized symbol. In Women's Rebellion and Islamic Memory (1996), she says that the veil has been politically and not morally imposed in the Arab world so as to divert the masses from raising the issues of democracy and freedom of participation in the socio-political arena. The veil is “intrinsically political.”[6]

Following years of fieldwork and experience of women aspirations in the Arab world she writes in Islam and Democracy (2002, originally written in French in 1992), that the Arabs have dared to do two things no other great civilization has done: to deny the past, i.e. memory and access to it, and to hide the feminine. The book came after the Gulf War and the rise of debate of Islam and democracy, Islam and the West. Here, Mernissi attempts to situate the conflict in Islamic thought to the early history of the Kharijites and Muʻtazilites. The former, in her reading, are labelled “rebel Islam” partisans, while the latter represent the “rationalist tradition.” The Muʻtazilites are described to have focalized the utility of reason on all matters that concern human affairs on earth. They raised this fundamental question: “What is the purpose of our existence on earth, and to what use should we put ´aql (reason), that marvellous gift from heaven?”[7] For Mernissi, the Muʻtazila “forced Islam to imagine new relationships between ruler and ruled” in politics and daily life, based on dialectics, and their spirit exemplifies that of democracy and humanism.[8] Yet, Mernissi does not directly state that she is a neo-Muʻtazilite.[9] She does not need to, since her approach goes in that direction, to reclaim the “Rissala/ second message of Islam” and its defence of human dignity and social justice. To honour the message of the Quran, the ontological equality described therein has to be emphasised and reclaimed for social and individual wellbeing, “The democratic glorification of the human individual, regardless of sex, race or status, is the kernel of the Muslim message.”[10] Mernissi’s hope was known to the people around her, to her students that are now scholars and have high esteem of her encouraging spirit, and to activists defending family and women in Muslim societies and communities worldwide - like the international Musawah movement, founded in February 2009 and headquartered in Malaysia, and whose workshop in Rabat just few days ago Mernissi could not attend for health problems. This statement translates her optimism: “The Arab world is about to take off […].  It is going to take off for the simple reason that everybody, with the fundamentalists in the lead, wants change.”[11]

In her preface to the English translation of The Veil and the Male Elite (1991), Mernissi affirms that when she finished writing the book she had no doubts of ‘one thing’: “if women's rights are a problem for some modern Muslim men, it is neither because of the Koran nor the Prophet, nor the Islamic tradition, but simply because those rights conflict with the interests of a male elite.”[12] A stronger confirmation follows:

“We Muslim women can walk into the modern world with pride, knowing that the quest for dignity, democracy, and human rights, for full participation in the political and social affairs of our country, stems from no imported Western values, but is a true part of the Muslim tradition.”[13]

“Any man who believes that a Muslim woman who fights for her dignity and right to citizenship excludes herself necessarily from the umma and is a brainwashed victim of Western propaganda is a man who misunderstands his own religious heritage, his own cultural identity. The vast and inspiring records of Muslim history so brilliantly completed for us by scholars such as Ibn Hisham, Ibn Hajar, Ibn Sa´ad, and Tabari, speak to the contrary. We Muslim women can walk into the modern world with pride, knowing that the quest for dignity, democracy, and human rights, for full participation in the political and social affairs of our country, stems from no imported Western values, but is a true part of the Muslim tradition. Of this I am certain, after reading the works of those scholars mentioned above and many others. They give me evidence to feel proud of my Muslim past, and to feel justified in valuing the best gifts of modern civilization: human rights and the satisfaction of full citizenship.”[14]

After the election of Benazir Bhutto as a Prime Minister in Pakistan in 1988, some Muslim conservative scholars objected to the fact that a woman leads a country. Mernissi wanted to make sure that this was a mere patriarchal attitude and not an Islamic one. She went into history to come out with a book entitled The Forgotten Queens of Islam (1993)[15] to support her argument of Muslim women past involvement in socio-political and economic affairs of their societies.