A Trip to the Border 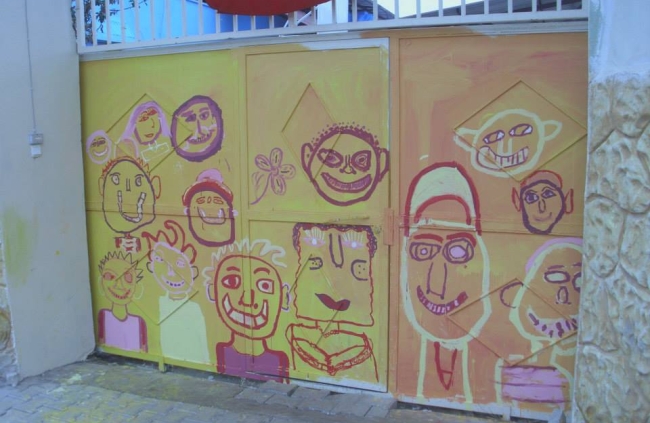 I’ve just returned from a brief visit to the Syrian/ Turkish border, to the Salaam School for refugee children in Reyhaniyeh on the Turkish side, where I was working with the Karam Foundation, and to Atmeh camp inside Syria, where almost 30,000 people are sheltering from the slaughter. Northern Syria is dotted with similar camps.

You can view pictures from the trip here.

Something that doesn’t come across in the pictures is how cold it is. Snow was lying on the ground in Atmeh the day before I arrived, and a child had frozen to death. I’ll be writing about my experiences and some of the stories of the people I met. In the meantime, here is the trip summed up by my Facebook status updates:

December 6th 2013 – the first stage of my trip to the turkish-syrian border involved being examined at edinburgh airport under schedule seven of the terrorism act (2000). To this the failed human beings of east and west have reduced the syrian people’s revolution.

drank tea and ate knafeh with the teachers of the Salaam School in Reyhaniyeh. very inspiring to see the organised hard work that’s gone into fitting new walls into a villa (and building an olive grove) to make a school which serves over a thousand refugee children. forget Assad, ISIS, and the Coalition – the future of Syria belongs to self-organised and committed Syrian women and men

December 7th – Assad forces backed by foreign Shia terrorists have executed dozens of civilians in Nabk. Watch the silence of the Western media, which seems to have no problem with terrorism and religious extremism when it seeks to preserve the status quo.

December 8th – there are the blue hills of syria, as ethereal as the future, so near and yet so far

December 9th – among the children’s chosen heroes in my storytelling workshop were Robin Hood, Batman, my brother the martyr, my father the martyr, and Sponge Bob. Among the problems to be solved were a dinosaur eating people, a car hitting a pedestrian, my house being shelled, and my cousin stuck in prison.

tonight the temperature’s at freezing point. a few miles away thousands of children are sleeping in plastic tents or under trees.

two men from Saraqeb, Idlib province are here with us. One of them lost his mother, grandmother, sister and brother to regime bombing on 15/09/2012 (he was also in the house at the time). these two are part of a team which publish various independent magazines, including Zeitoun wa Zeitounah, a children’s magazine. i saw a copy today. on the front it reads: ‘I have the right to express myself.’ of course the notion of free expression was forbidden by the regime for over four decades. the publication of such magazines is a sign the revolution has already succeeded, alongside the accumulating tragedy.

You sit abroad and read about the regime’s genocide, ISIS’s barbarism, the criminality of some of the free army militias, and you despair. You come near to the heart of the tragedy, a tragedy too enormous to comprehend, and you experience hope and love and inspiration. The struggling Syrian people, the women and men and children, are the most articulate, the warmest and brightest, the kindest and most sensitive, the bravest and most persistent people in the world. Borders and nationalities don’t mean much to me, but I’m enormously proud to be Syrian. I’ve never been prouder.

I was talking to a teacher today. Her husband was an officer in the Syrian army. He defected because he didn’t want to murder his neighbours. He was captured. Seven months ago he died under torture. His body was thrown in a mass grave. Everybody has a story from this genocide.

December 14th – Atmeh camp, just inside Syria, and nothing has changed for the better since my last visit. More refugees now, less hope of imminent return, and instead of hot, dust-laden wind, melting snow and cold red mud. Despite it all, the people’s hospitality is extreme. People who own almost nothing serving glasses of tea and offering lunch.

spent the evening with a young doctor who worked in a field hospital in kafr batneh, the eastern ghouta, damascus suburbs. the regime has targetted bakeries, schools and hospitals in particular. after the plane fired its missile the doctor found himself swallowing dust, between life and death, trying to make sense and direction of the screams. that was a year and a month ago. he’s recovered, but has a hundred scars on his body and more on his mind. everybody has a story.

December 15th – spent the morning with a woman from Homs whose husband was tortured to death. his body was returned with bullets in the legs, chest and head, covered with burns, and missing chunks of flesh. the widow stayed in Homs until a missile hit her house. she showed me her broken arm and her son’s arm tatooed with burn scars. her little daughter sat listening to the story, which she witnessed, and which she must have heard recounted a thousand times.

Something I won’t forget is the biting, burning, bone-deep cold, and the children in the camp in plastic sandals, no socks.

December 16th – I’m preparing to leave, inspired (by the persistence of the Syrian people) and depressed (by the slow death of Syria) in equal measure. I believe our team has made some difference to the children we worked with, and I will write the stories of some of the people I met, but all this is a blue drop in a red ocean of suffering which will continue to expand so long as the fascist regime and its backers are enabled to continue the genocide. The genocide is the prime story, not the Islamist extremism or sectarianism which have been deliberately engineered by the regime. The solution is ultimately not humanitarian, but political and military. In the coming decades we will all pay the price for ignoring this fact.

it doesn’t end. the cab driver who took me from Aziz’s place in Antakya to the airport is from Lattakia and happens to know my family. He and his 15-year-old son were arrested together. “They beat my son until he was nearly dead. They beat me until I wished I were dead.” In a cell with 50 others and a hole in the floor as a toilet, which they had to use in front of each other. Nobody was able to wash in the two months that he was inside. Two months of beatings, insults, humiliation, and near starvation. Then father and son were released, for which he thanks God profusely, because “so many die in their prisons.” Everybody has a story.

Robin Yassin-Kassab is the co-editor of Critical Muslim and the author of The Road From Damascus, a novel published by Hamish Hamilton and Penguin. He is also co-editor and regular contributor to PULSE, recently listed by Le Monde Diplomatique as one of its five favourite websites. He blogs at qunfuz.com