The State of Estrangement

The individuality or the identity of Kashmir – as the paradise on earth, the most militarised area, the alcove of saints, the flashpoint between India and Pakistan etc – is now receding and shifting into a distinctiveness where Nature as well as power-politics are playing ghastly wiles. An identity of neglect. 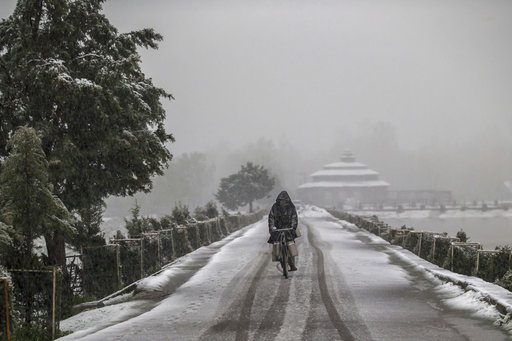 We, Kashmiris, are accused of being volatile, which may be true to some extent. Do you think that living in such a hostile place, where the standards of a community, the trust and beliefs, are put into play by Nature itself, along with the power hungry politicians to demean the lay individuals, would keep their character static? I am not supporting the unpredictable character of some Kashmiris. I mean the continuous anarchy, the plays of our leaders, the ignoring, the shaking faith, the struggle to live, mutual trust deficit, gun-culture, uncertainty and the fear, the occupation, protests and hartals  – all these things have had an impact on the character of Kashmiris. Kashmiris are prone to resistance, and every resistance comes with a change, which sometimes they display and sometimes they cannot. Most importantly, the leaders whom we trust never keep our trust; instead they create new reasons to be trusted so as to stay in power, and this has been happening for ages by now.

After the great loss of lives and the economy, produced by the previous year’s unrest, the considerable snowfall this year conveyed the positivity of a fruitful year. However, sadly, with the arrival of the spring that expectation proved wrong. Several happenings provoked a sense of estrangement and inertness in me and to the Valley. Hydrophobia was caused by the incessant rains which resulted in the announcement of floods; many areas were inundated. Hail storms and cloud bursts caused destruction to some residential zones as well as to the agricultural precincts, and didn’t even spare some places of worship.

The untimely snow on 6th April, seen perhaps for the first time in my life, damaged the crops including almond blossoms. The parliamentary elections and the boycott call fuelled the situation more, by the killings of civilians amid the protests and attacks on polling booths. And to crown it all, the continuous plight of protests along with the civilian killings – first the ‘brave protesters’, who tried to save the militants on the encounter site by throwing stones at the security forces to deviate their attention despite being warned of death, and now the student uprising all over the Valley against the brutal forces. There was the sudden death of my grandmother. Further, the killings and the re-polling and then the protests by students prolonged the mobile-internet embargo, which added more to this estrangement.

Kashmiris are now used to protests and killings as we are used to the shutdown of internet and the long-cuts of electricity in the Valley. To find peace in this state of estrangement one thinks of religion. Faith, that’s the healing power to every problem, but with the inclusion of different inter-religious factions it seems to be dropping its power to hold things. The centre cannot hold anymore. The chaos, created by the messy politics, religious deviations and Nature’s aggression, prevailing in the Valley seems never-ending. Living in such a place that is dragooned by politics, Nature and religion will probably disturb the general public intellectually.

All these things happen simultaneously. Despite all the mayhem, our grey clouds have silver linings, we aren’t lagging behind. We’ve produced connoisseurs in every field, of which we are very proud. There’s no dearth of talent in our Kashmir, all we lack is the support and exposure. We live as we dream with the hope that war-zones create great minds and one day we shall overcome.

Muddasir Ramzan was born in 1990 in Kashmir, India, where he resides. He studied English Literature and is a budding writer. His writings have been published in various national and international journals in India, Pakistan and the UK and he regularly writes blogs for the Muslim Institute. He can be contacted at muddasirramzan[at]gmail[dot]com.