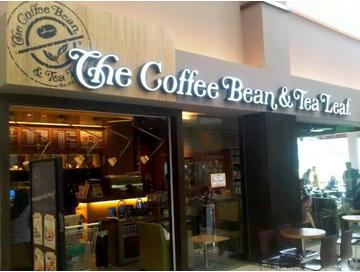 It’s easy to get angry every time one hears news about Saudi Arabia. The latest to test me is the Kingdom’s recent spate of horrific beheadings. I’ve never been to Saudi Arabia myself and my vision of the country is admittedly shrouded in ignorance. I did, however, befriend a young Saudi man in Malaysia just before the events of 11 September 2001.

I was in my early 20s, working for the state-owned oil corporation Petronas at the famous Twin Towers in Kuala Lumpur, and shared a flat with a few other young Malaysian professionals. Our building had quite a significant population of Middle Eastern students who attended the nearby colleges and universities. Ahmad – not his real name – and I bumped into each other a few times in the lift lobby and were soon exchanging pleasantries regularly.

One day, I got back from the gym late and saw Ahmad and his other Arab friends hanging out at the Coffee Bean & Tea Leaf café downstairs. Ahmad beckoned me over and I obliged. From then on, I would hang out with their group intermittently.

Ahmad and his friends were in their late teens and early 20s, and the group consisted of Saudis, Yemenis and Libyans. They liked it when I joined them because it gave them a chance to practice their English and ask me about Malaysia. We hardly discussed religion or politics. Instead, they were interested in food, shopping, football, music and television.

One day, however, Ahmad asked me, “Have you been to Makkah?” I said I hadn’t. He said, “You have to go!” I assumed he was lecturing me about going for the Hajj and thought him a tad presumptuous. I mumbled politely, “I’m not ready yet, perhaps one day I will.” He said indignantly, “No, you must go to Makkah soon!” “Why are you insisting on this?” I replied, trying not to get impatient. “Because that’s where I’m from – you must visit me!” he said. I thought he was policing my fidelity to Islam. Fancy that.

Ahmad and his friends were a fun-loving bunch. One day I got back from work a bit early, just before dusk, and saw them taking turns riding a scooter one of them had just bought. There were shouts and giggles, with Ahmad squealing, “Ya habibi!” as he rode pillion while his daredevil friend sped away.

Their sense of humour was also evident when we were at the Coffee Bean one day and were approached by a deaf Malaysian flower-seller. We had politely declined but the tout was not happy with this and continued staring at Ahmad. The flower-seller then mimed a plane crashing into a building and pointed at Ahmad. Ahmad appeared not to understand and broke into rapid Arabic after his Libyan friend seemed to get what was going on and burst into laughter. I wagged my finger sternly at the flower-seller and chased him away. I was too embarrassed to confirm whether Ahmad and his friends realised that a deaf Malaysian flower-seller had just made a bigoted comment, calling them terrorists.

I soon lost touch with Ahmad and his friends. They were all students of finance, computing or engineering and admired me for working at Petronas. I, on the other hand, could not wait to quit and do something more creative and community oriented, and soon fell in with a group of KL-based artists and human rights activists.

It’s funny how human emotion works. While seething at the Saudi kingdom’s draconian policies, I suddenly remembered Ahmad. Perhaps this is my subconscious reminding me not to confuse my resentment at the actions of particular governments with stereotypes about entire groups of people. I have lost track of the times I have had to challenge ignorant comments about Islam simply by telling stories that humanise Muslims. And even Muslims are not immune to self-Islamophobia – debates on the “Arabisation” of Malaysian Islam can sometimes veer uncomfortably close to anti-Arab polemics for me.

There is an art to criticising without stereotyping and dehumanising. I hope that I always remember the difference when anger or fear threaten to overcome my senses.