Rap and Graffiti in Kashmir 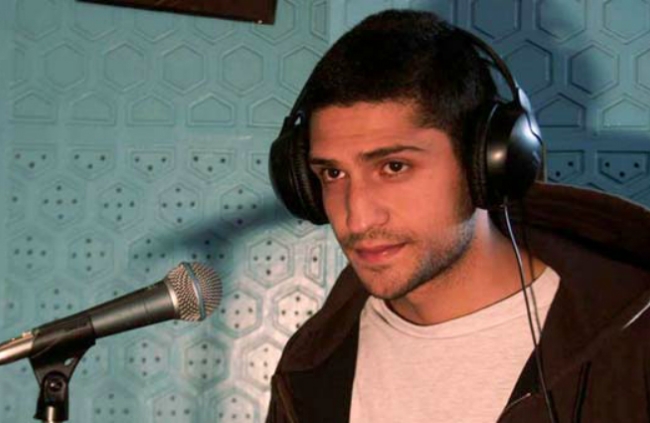 Alongside writing and other mediums of expression, the new generation of Kashmir is turning to Rap and Graffiti to tell their stories.

Against the things you’ve done

For a mother who lost her son

Until my freedom has come”

Kashmir, the most militarised zone in the world, has been going through a cataclysmic phase and the situation has forced people to vent through their art. An artist creates the world he or she lives in and the artists of Kashmir have begun to provide a significant resistance narrative. Alongside writing and other mediums of expression, the new generation of Kashmir is turning to Rap and Graffiti to tell their stories. Rap and Graffiti are only recently being recognised as an art in Kashmir although they always existed within underground sub-cultures. After the 2010 uprising against Indian rule that claimed some 123 lives, in the wake of the protests and the curfew, a creative generation of poets and artists began expressing their stories of rebellion and suffering through art.

“After witnessing such turmoil in Kashmir, I chose to tell my stories of pain and suffering this way”, explains Kay Two, real name Fahad Idrees, one of the pioneers of spoken word in the region. As far as he is concerned, rap is a form of storytelling. Although rapper Haze Kay, real name Zubair Magray, is considered a pioneer of sorts, starting off in 2009, the popularity of rap really soared after the release of MC Kash’s famous “I Protest” in 2010.  The song went viral and was all the rage in Kashmir. It also became a sort of anthem for the 2010 protests: the song ends with the mention of the names of those ‘martyred’ in 2010. MC Kash, real name Roushan Illahi, challenges the Indian occupation in his songs and became very famous, inspiring many others such as Shyn9, MC Youngblood, Illsane, AY Young, Renegade, King UTB, Emm Bee among others who followed in his footsteps to become underground rappers. Since these artists grew up in the shadow of guns and witnessed death and destruction, most of their songs depict the perils of living in a militarised zone, under ‘occupation’. In 2013, when the famous musician Zubin Mehta held “Ehsaas-e-Kashmir” (The Feel of Kashmir) in Srinagar, these artists participated in a counter event – “Haqeeqat-e-Kashmir” (The Reality of  Kashmir) organised by civil society groups and other activists.

These artists are independent; they compose music, write their own lyrics, record them and then release them on the internet. MC Kash explained in an interview: “Nobody is paying me. Nobody told me to sing about Kashmir.” These young, well educated and politically aware Kashmiris feel their voices are not represented in traditional forms of media and culture. For most of them, as for MC Kash, their parents are very supportive but at the same time they worry about reprisals from the authorities.

While many chose music as an expression, some youngsters turn to graffiti to express their frustrations and bring their experiences to life. These graffiti artists daub slogans such as ‘we want freedom’, ‘one slogan one track Go India Go Back’, ‘I Protest’, ‘This is Police State’, ‘The Revolution is Loading’, ‘Inquilab Zindabad’ (long live the revolution), ‘Abolish AFSPA’ (Armed Forces Special Powers Act), ‘Welcome to PSA Zone’ and so on.  Such graffiti is found in almost all parts of the valley as young people are faced with limited outlets to protest the occupation peacefully. Graffiti artists are careful to protect their anonymity due to fear of police action. Most of the graffiti, though, is swiftly defaced by state government agencies and replaced by murals depicting culture and traditions in an attempt to erase the angry slogans in this disputed South Asian territory. But the virtual world, walls of Facebook and other such sites, continues to host such symbolic graffiti.

Muddasir Ramzan studied English Literature. He was born in 1990 in Kashmir, India, where he resides.

He can be reached at muddasirramzan[at]gmail[dot]com.