When it comes to competing schools of fundamentalists, Pakistanis are spoilt for choice. Ziauddin Sardar on an entrenchment that is holding civil society hostage. 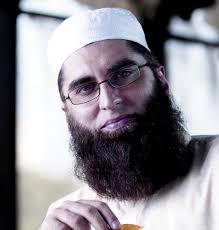 Junaid Jamshed was a rock star in Pakistan during the 1990s. As the adored lead singer of Vital Signs, the band that laid the foundation for the country’s thriving rock-music industry, he was responsible for a string of hits, including the unofficial Pakistani anthem, ‘Dil Dil Pakistan’ (‘My Heart is Pakistan’). He went on to have successful careers as a solo artist and television personality.

But in 2004, Jamshed found religion. More specifically, he joined the Tablighi Jamaat, a fundamentalist religious movement. He denounced music, established a charity, and became a preacher. His sermons, widely available on YouTube, are a good illustration of one particular strand of fundamentalism deeply rooted in Pakistani soil. Tablighi Jamaat’s brand of Islam is all about ritual and supplication and is based on just six points: correct belief, regular prayer, praising God, sincerity of intention, respect for other Muslims and devoting time to preaching. All human problems, Tablighi Jamaat tells its followers, can be solved by prayer and proselytising.

However, in the Tablighi framework, respect for other Muslims does not include women. The Tablighis are aggressively misogynistic. Jamshed regularly berated women as inferior to men, and argued that they needed to be put in their place. Women need to be covered up, isolated, and told to shut up. But in November 2014, he went a bit too far when he related a story about Ayesha, the youngest wife of the Prophet Muhammad, and how she feigned an illness to gain the attention of her husband. The story, he concluded, ‘proves that a woman cannot be reformed even if she is in the gathering of the Prophet’. That brought him into direct conflict with another equally popular variety of Pakistani fundamentalism, best represented by creepy television preacher Aamir Liaquat Hussain, a former politician and Minister of Religious Affairs.

Hussain, who hands out orphaned infants to adoptive parents on his television show, goes out of his way to appear liberal. He has denounced violence and suicide bombing, and pays lip service to Muslim unity. But he is a fundamentalist puritan for whom the traditional sources and sacred personalities of Islam are above criticism. Not surprisingly, he saw Jamshed’s swipe at Ayesha as disrespect. The ‘Disco Mullah’ had committed an act of blasphemy, Hussain declared on one of his shows. Within a day, the Sunni Tehreek, a national grouping of clerics, had launched a sit-in in Karachi to demand Jamshed’s arrest. A First Information Report (FIR) was registered against him, and the police sought his arrest. Jamshed issued a grovelling apology from his current base in London. But he is unwilling to return to Pakistan.

Traditionalists of all stripes

Both Tablighi Jamaat and Sunni Tehreek represent a fundamentalism that is ingrained in traditionalism. But they are traditionalisms of different types; a difference that can be seen in their respective beards. The Tablighi beard is a thick, unruly affair, with shaved upper lip. The Prophet, they suggest, had a beard the length of a fist – which is what devout Muslims should have. It can be seen flowing on Jamshed as well as on South African cricketer Hashim Amla – the most famous beard in contemporary Islam. In contrast, Sunni Tehreek argues that the Prophet had a well-kempt beard that was sometimes coloured with henna. Its followers have shorter, groomed beards which on occasion may have a deep-red tint.

While Tablighis are obsessed with rituals, Sunni Tehreek is into adoration of saints. Its followers regard the Prophet as a special kind of human being, created from light, who is always present; they venerate the household of the Prophet as well as dead and living saints. While Tablighi Jamaat regards politics as evil and something to be shunned by sincere Muslims, Sunni Tehreek is actively involved in politics – indeed, it has been at the forefront of the blasphemy movement. Its political wing, Jamiat Ulema-e-Pakistan, contests elections and vigorously promotes its brand of traditional, folk-based fundamentalism.

However, Sunni Tahreek’s politics is radically different from another fundamentalist group, the Jamaat-e-Islami. Established in British India in 1941, Jamaat-e-Islami’s aim is to transform Pakistan into an ‘Islamic state’. Its founder, the late Abul ala Maududi, argued that Islam is a total system that regulates all aspects of human behaviour – social, economic, personal, psychological and political. Thus the state must be ruled by sharia, or Islamic, law, and the best rulers are the ulama or religious scholars.

This variety of fundamentalism is essentially modernist, shifting the classical emphasis of Islam from community to the modern idea of a state. Its ideological stance and purity owes more to 20th-century communism than Islamic history. However, Jamaat-e-Islami is not a revolutionary movement; it seeks its goals through democratic means. It has fought several elections but has seldom won more than a few seats.

While Jamaat-e-Islami has failed politically, it has succeeded in abetting another brand of fundamentalism in Pakistan which emerged during the reign of military dictator Zia ul-Haq (1978-88). Urged on by Saudi Arabia, and aided by Jamaat-e-Islami, Zia ul-Haq sought to ‘Islamize’ Pakistan by introducing sharia law and blasphemy ordinances, establishing madrassas and banning music and film. It was all an attempt to establish the Wahhabi doctrine, the Saudi brand of puritanical Islam, as the dominant sect of Pakistan. It turned out to be a successful venture.

A large segment of the Pakistani middle class, including the army, now subscribes to Wahhabi fundamentalism, which has three main characteristics. First, it is ahistorical. Islam as a religion, interpreted in the lives and thought of Muslims, is not something that unfolded in history with all its human strengths and weaknesses, but a utopia that exists outside time. Hence it has no notion of progress, moral development or human evolution. Second, Wahhabism does not recognize, understand or appreciate a contrary view. Those who express an alternative opinion are seen as apostates, collaborators or worse. Third, Wahhabism is aggressively self-righteous and insists on imposing its notion of righteousness on others. While Saudi Arabia has religious police, Pakistan now has self-proclaimed guardians of public morality who attack everything that offends their religious sensibilities. Wahhabism promotes intolerance, misogyny and xenophobia.

There are numerous Wahhabi groups which, like Jamaat-e-Islami, seek to turn Pakistan into an ‘Islamic state’ under sharia law. But not all have democratic inspirations. Some, such as the Pakistani Taliban and its various splinter factions such as Jammat-ul-Ahrar – responsible for the recent suicide bombings of churches in Peshawar – as well as outfits such as Lashkar-e-Taiba and Sipah-e-Sahaba, are intrinsically violent. They have combined their Wahhabism with the ideology of the Kharjites, a rebel sect that emerged during the formative phase of Islam in the seventh century, to produce a truly lethal form of fundamentalism.

The Kharjites believed that history had come to an end after the revelation to the Last Prophet. From now on, no debate or compromise was possible. Since the Kharjites considered themselves ideal Muslims, everyone who disagreed with them, or their politics, was automatically branded an apostate – who could be put to death. This philosophy can be summed up as follows: give all to God, die for God, kill for God all those who disagree with you or stand in your way, and you will have meaning and purpose in your life and paradise in your death. The violent extremists of Pakistan are essentially neo-Kharjites who have embraced this pernicious ideology. That is why they can massacre children without compunction and engage in suicide bombings and other heinous acts without remorse.

All Pakistani fundamentalists – ritual puritans and traditionalists, advocates of political Islam and Wahhabis, and violent extremists – have one thing in common. They exist in mental ghettoes where religion, and only religion, can provide all the answers to today’s problems. Their different visions of an idealized Islam transform faith into a totalistic ideology. The step from a totalistic ideology to a totalitarian order is a small one. The paramount challenge for Pakistan is to liberate itself from all varieties of fundamentalism.

The most urgent problem is to tackle violent extremists. Various governments have tried to ‘negotiate’ a settlement with the Taliban and their offshoots for the last 10 years. But how can one negotiate with groups determined to undermine democracy and turn Pakistan into an ‘Islamic state’ – even if it means the total destruction of the country? Like the Kharjites of early Islam, the Taliban have to be subdued militarily. This is what the majority of Pakistanis have now realized, and are demanding. The popular sentiments against the Taliban have finally forced both the army and the current government to embark on this inevitable course. But containing the Taliban is not enough. The Federally Administered Tribal Areas (FATA) in northern Pakistan need to be developed simultaneously, and some of the genuine grievances of the tribal people met.

This is where civil society has a strong role to play. The FATA region is still administered as though it were a British colony with all-powerful ‘political agents’. The region is excluded from Pakistan’s constitution – which means tribal people have no legal way to fight for their rights. Only an active civil society can ensure that these historic injustices are corrected, basic amenities – such as water and roads – provided, and the madrassas – which serve as hatcheries for jihadi extremists – replaced with an appropriate education system.

A few positive steps have already been taken. Attempts to repeal the obnoxious 1901 British Frontier Crimes Regulation, which allows the punishment of an entire tribe for the crimes committed by one of its members, have begun. Civil society activists are also campaigning hard for the repeal of the sinister blasphemy ordinances. But a great deal more needs to be done.

Beyond that, there is an even bigger challenge: to reform Islam from within. In Pakistan, Islam has become toxic. Almost any injustice can be justified in the name of sharia. There is thus an urgent need to reformulate the sharia on more humane and contemporary principles. The relationship between Islam and politics needs to be rethought and directed away from the authoritarian notion of ‘Islamic state’ and towards the creation of strong civic society. These are formidable tasks. Without serious reforms within Islam, fundamentalisms of all varieties will continue to rear their ugly heads.

Ziauddin Sardar is the author of Desperately Seeking Paradise and, more recently, Mecca: The Sacred City. He is the editor of Critical Muslim.