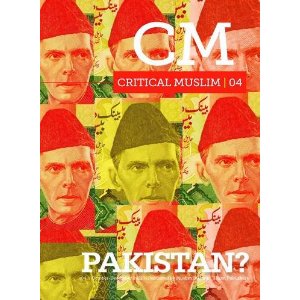 The fourth quarterly magazine Critical Muslim of 2012, published by the London based Muslim Institute, is devoted solely to Pakistan. In the introduction editor Ziauddin Sarder raises many pertinent questions about the present state and survival of Pakistan. I have no doubt that Pakistan will see through her present predicaments and survive for a long time. The question still remains 'in what state'? One can easily discount the doubt of her survival, expressed by US journalist Robert Kaplan, unless the US harbours other motives after withdrawal from the ill-fated adventure in Afghanistan. On 26 November 2012, a cultural evening was held in the Pakistan High Commission London during which, along with other cultural activities, some of the articles from the magazine were partially reviewed. I was fortunate enough to be invited as a result of my association with the Muslim Institute.

Whether Pakistan will recover from her present predicaments or not depends primarily on her feudal landlords, political and military leaders, and to a lesser extent on ordinary people. They need to understand why this highly resourceful country is the way she finds herself now. Before I proceed further I would like to narrate an anecdote occurring around the year 1967-68 when during weekends I would go to Speakers Corner at Marble Arch. I heard three Pakistani nationals delivering speeches on various subjects. Among them there was one dynamic vibrant young man, probably studying for the bar or a doctorate, exuding hope, vigour and depicting a glorious future of Pakistan; the second was a well educated and well attired person in his forties, wearing western clothes, castigating the Americans for all major ills prevailing at that time in the world; the third was a sturdy heavily built person in his mid fifties wearing a Sherwani coat and a Kashmiri hat pouring scorn and venom on the ‘abominable’ Indians, the Hindus. The ambience of the evening of 26 November 2012 at the Pakistan High Commission did not seem to be as lively as the aspirations and the glorious future of Pakistan the vibrant young speaker was depicting in 1967-68. How did it all go wrong?

The present chaotic condition of Pakistan has its root at her very beginning. The concept of the two-nation theory on which Pakistan (pure or sacred land) was founded, was largely based on Muslim nationalism. Though Jinnah advocated that it must be an Islamic country it should at the same time be secular, a contradiction which later leaders of Pakistan soon abandoned. The fact that this ideology is inherently faulty will gradually become clear as we progress through this article.

How did an intelligent and sophisticated person like Jinnah believed in the Two-nation Theory? The answer lies in his family history, his legal training, failures in his personal family life, the illness which he did not disclose to others that killed him soon after he achieved independence and the obstinacy he was reputed for. All these factors shaped the unique personality of Jinnah that led to his failure to show the brinkmanship needed to safeguard the interest of the Muslims of undivided India. The first sign of chasm in the ideology became apparent during the Bengali Language Movement in 1952 when, following orders from the government of Pakistan, police killed many students of Dhaka University. Finally thetwo-nation theory dismally failed, when after the 1970 general election Bengalis realised that they would never be recognized as equals by the people of West Pakistan and separated themselves by declaring independence in 1971. The two-nation theory created three nations, Pakistan, India and Bangladesh.

My father a moderately educated and basic Islamic-trained village imam, influenced by our veteran local Alem, Maulana Ruhal Amin, now locally recognized as a Sufi, used to say ‘Pakistan is for people with weak iman (faith in Islam). How can we relinquish the country where Muslims came from outside to preach Islam and where the heritage and the burial places of our ancestors lie?’ So we stayed in India. I realised a long time ago that the creation of a separate state in any part of undivided India is not a solution for the Muslims of this vast country, a sub-continent, where many races of diverse ethnicities, languages, cultures and religions are intermingled.

I shall however add the following comment in favour of Jinnah.  For a long time after independence most Indians believed that the partition of India was due to Jinnah. Except a few of his enemies Nehru, to his supporters, was a demigod next only to Mahatma Gandhi. Belatedly many people in India have recognised that Nehru carried the greater portion of the blame that led to the partition of India.

Jinnah's presidential address to the Constituent Assembly of Pakistan, August 11 1947 emphasising his secular views, is partly quoted below:

“I cannot emphasize it too much. We should begin to work in that (secular) spirit and in course of time all these angularities of the majority and minority communities, the Hindu community and the Muslim community, because even as regards Muslims you have Pathans, Punjabis, Shias, Sunnis and so on, and among the Hindus you have Brahmins, Vaishnavas, Khatris, also Bengalis, Madrasis and so on, will vanish. Indeed if you ask me, this has been the biggest hindrance in the way of India to attain the freedom and independence and but for this we would have been free people long long ago.”

Unfortunately Jinnah died in September 1948. Since then no leader of his stature emerged in Pakistan to guide her through the diverse and complex problems cropping up one after another. The mantle fell on his deputy Liaquat Ali Khan whose personality was not as strong as Jinnah’s. Though he himself believed in the democratic principles he failed to resist the pressure of Islamisation of Pakistan. The two faced Maulana Maudidi’s influence (Footnote 1) gradually became overwhelming. It is noteworthy that Khan’s cabinet included Jogendranath Mandal, a Hindu, as Pakistan's first Law minister, Victor Turner, a Christian as Pakistan's first Finance and Statistics minister, and Minorities Minister, a Woman, Sheila Irene Pant.

The foremost task before the First Constituent Assembly was framing the Constitution for the Nation, and work on it started from the very beginning. The first big step the ‘Objectives Resolution’ in the framing of a constitution for Pakistan was introduced by the first Prime Minister Liaquat Ali Khan, and later adopted by the Constituent Assembly on March 12, 1949. Following the complicated Rawalpindi conspiracy and assassination of Liaquat Ali Khan in 1951 progress towards framing the constitution received a series of setbacks. Due to many other disagreements between the leaders having diverse interests it was not completed until 1956. The then PrimeMinister Suhrawardy and his legal team imposed the 1956 Constitution of Pakistan, replacing the official title of Governor-General of Pakistan by the President of Pakistan who happened to be Iskandar Mirza. Until then for almost nine years the country's political system was driven by an unstable ineffective and ramshackle parliamentary democracy. The secular constitution was not to the liking of the traditionalist ulama; their position was a legalistic one based on the unity of religion and politics in Islam in line with Maudidi’s.  In 1974, the Pakistan parliament made a constitutional amendment that declared Ahmadiyya Muslims as 'non-Muslims'. In protest, Dr Salam (who later became the only Nobel laureate of Pakistani origin) left Pakistan for London. Nevertheless, the government was not given powers of legal interpretation of the constitution until the Zia ul-Haq military regime of 1977-88; from then Islamisation of Pakistan moved further ahead and the situation of the minority communities (Hindus Christian and Ahmadiyyas) became precarious.

The establishment backed the military trained President Mirza; but he dismally lacked the parliamentary spirit, and the ability to run a democratic government. He failed to show respect for civil administration and distrusted civilians to ensure the integrity and sovereignty of country. His presidency was marked by great political instability, civil unrest, and immigration problems. The electricity problems in West Pakistan brought his government nearly to an end. President Mirza was an outspoken supporter of the "One Unit Programme" — a programme of integrating the nations of West Pakistan and East Pakistan, i.e. present Bangladesh, into one single nation. This programme was initially a success in East-Pakistan, but met with harsh criticism led by the nationalists’ (Sindhi, Beluchi, Pakhtoon, Punjabi) movements in the West. While he forcefully integrated all the nationalities in West Pakistan into one province, they fiercely opposed his scheme. The pressure from both West and East Pakistan forced him to hold new general elections where the Awami League Party came to power under the founding fathers of Pakistan. This created an imbalance in power politics, as weak Bengalis without any military strength acquired political power because of their numerical superiority; because of the heterogeneous nature of the population ofWest Pakistan no one party received more votes than the Bengali dominated Awami League. Thus Mr. Jinnah’s Two Nation theory came under extreme strain. By 1956 the One Unit Programme collapsed. The provinces retained their current status; nationalists also forced Mirza to give the states recognition of their languages as well as in the constitution. Under his presidency, Mirza dismissed his elected prime ministers, including Suhrawardy also a Bengali from East Pakistan, who crossed the floor to join Awami League.

Ascendancy of the Military

The shortcomings of Mirza and the proud heritage of his ancestry bequeathed by the traitor (of Battle of Plessey) Mir Zafar Ali Khan of Bengal, made him unsuitable to run a civilian administration. This led him to declare martial law by abrogating the 1956 Constitution in October 1958. In no time he himself was overthrown by his own appointed Supreme Commander of the Armed Forces and Chief Martial Law Administrator, General Ayub Khan. One can say that before democracy anchored its root in Pakistan it was undercut from which it never fully recovered. 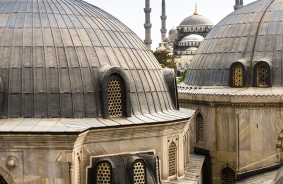