Ever since the Independence of India and Pakistan, Kashmir as a 'territory of desire' has continued to experience colonial oppression. Since 1989, an estimated 70,000 people have been killed and around 8000 have disappeared. This unending brutal conflict has evoked the writers to expound their reality in the form of literature.

“Speak, your lips are not sealed

Speak, speak, whatever you must speak.” 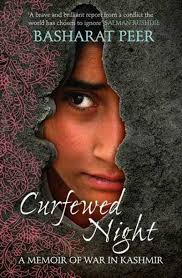 Ever since the Independence of India and Pakistan, Kashmir as a 'territory of desire' has continued to experience colonial oppression. Since 1989, an estimated 70,000 people have been killed and around 8000 have disappeared. This unending brutal conflict has evoked the writers to expound their reality in the form of literature. As experienced by themselves, these scribes have successfully portrayed the dynamic shades of this ongoing dispute.

The new literary trend in Kashmir started with a journalist turned writer, Basharat Peer. As a student he used to feel a sense of shame each time he walked into a bookshop, because there were books written by people from almost every conflict zone of the age but none of his own motherland-Kashmir. In his memoir Curfewed Night (2009), he portrays the horrors of violence and the incessant agony and torment of the Kashmir conflict. This was followed by Siddhartha Gigoo's The Garden of Solitude (2010), which is about the painful migration of Kashmiri Hindus.

Writing in English, says Mirza Waheed, a London based Kashmiri journalist and writer, is the only way to get the Kashmiri 'voice' out to the wider world. In his debut novel The Collaborator (2012), set against the backdrop of 1989, he shows how the Paradise on Earth (Kashmir) changed and turned into garrisons, bunkers, battlefields and how the inhabitants are tortured and caged inside their houses. His second novel The Book of Gold Leaves (2014) is a classic love story set again in 1990s Kashmir. The story gives an insight into how conflict affects normal life, even the love affair that ends in a tragedy. Shahnaz Bashir speaks for a million innocent Kashmiris in his debut novel The Half Mother (2014), which unveils torture, violence, trauma, killings, loneliness, agony, and the high handedness of authorities in Kashmir. It is a woeful story of a mother and her fruitless search to find her only son.

Besides these, there are some other texts also which speak about this ongoing conflict that has taken a massive toll on the lives of this forlorn land. Shafi Ahmad's The Half Widow (2012) depicts the plight of the half widows whose husbands have disappeared. Prisoner No. 100: The Story of My Ordeal in an Indian Prison by Anjum Zamarud Habib, is the chronicle of the torture she experienced in jail and her experiences with her inmates. All these texts are different from each other in their way of telling the woeful story of their land to the world.

To enhance the understanding of conflict-ridden Kashmiris, reading these novels is vital. Such works undoubtedly agitate my mind and set me thinking about the various repercussions of this ongoing conflict in my homeland. Resistance literature inspires me to know more about the forgotten people and the conflict in the land that belongs to me, which strengthens my sense of belonging, my identity as a Kashmiri.

I have always felt a lack about not having intellectuals and ideologues like Frantz Fanon and Edward Said. But despite our difficult situation, our grey clouds have plentiful silver lining. This renaissance in Kashmir's literary world has generated hope among a segregrated, isolated, and emotionally traumatised people. Finally, Kashmir is now capturing global attention.

Though these works present Kashmir before the world, depicting my homeland as never before, yet I cannot help but feel there is so much to tell, that thousands of books would never be enough. I wait for the day when these writers let their literary genius go berserk and this literary explosion in English brings to the fore the voices and aspirations of a people numbed into silence by brutal conflict. At last the subaltern and the marginalised voices can speak.

Muddasir Ramzan was born in 1990 in Kashmir, where he lives. He has completed his Masters in English from the Central University of Kashmir. He can be reached at muddasirramzan@gmail.com