Kashmir and its Folk Tales

Telling stories and folktales is a rich tradition in Kashmir. There once was a time when storytelling was a much-favoured mode to engage children. All the younger members of the family would gather around their grandmothers to hear their favourite tales. These grandmothers may have heard the same stories from their elders and those elders from their elders and so on. 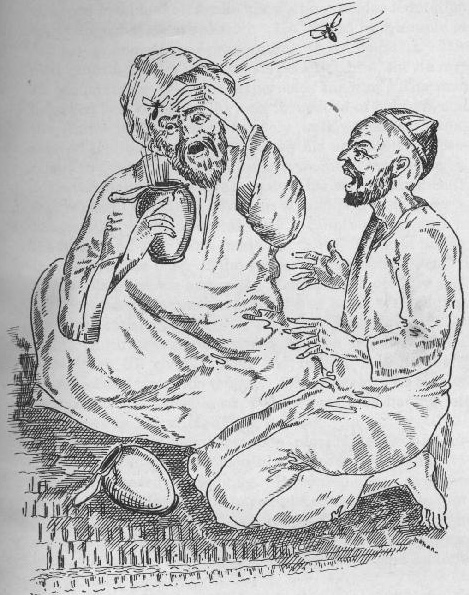 A special type of singing is used when narrating the ‘Dastaans’; the most famous is ‘Ismal Mir’s Dastaans’, which is usually seen on Kashmiri TV channels and can also be heard on the radio. These folktales include the tales of “Shireen Farhad”, “Himal Nagraya”, “Aka Nandun”, “Gul Noor”, stories about a dream interpreter, animal characters and many more. These tales, myths and sagas have been rendered differently and one can see many versions of the same story. Though some of the folktales have been translated in English by John Hinton Knowles, Sir Auriel Stein, SL Sadhu and others, yet there are still many which are yet to be preserved.

A particularly renowned tale is that of “Gul Noor”. This is the name of a pious man whose mysterious laughter makes flowers bloom, even when it is not the season of flowers. When this secret about Gul Noor spreads throughout the valley, the king calls him to his residence to check whether it is true. Gul Noor is excited to visit the kingdom where all the people await him. While on his way he is asked by a lame person whether Gul Noor had left his home? (He had never seen Gul Noor’s face, so he didn’t know that he had asked Gul Noor himself.) Gul Noor replies ‘yes’. And the lame person happily goes directly to his home. Gul Noor follows him as he sees him entering his house. There he learns about the extra marital affair of his wife; shocked and sad, he continues on his journey as he has to be present before the king. On reaching there he is welcomed and everyone tries to make him laugh but he is unable, wracked by despair at the thought of his unfaithful wife. When he does not laugh, the king assumes he is a liar and punishes him. He is kept in a stable, with horses, for spreading false news. After some days, while in the stable, he hears two friends talking about their achievements; it pleases him and he laughs when they share a joke. His laughter fills the place with flowers. On seeing flowers people are amazed and he is released. When asked why he had been unable to laugh before, he relates to the King the story of his wife’s infidelity. The king then punishes Gul Noor's wife and her lover for their crime.

“Aka Nandun” is another famous story of a Pandith (Hindu) couple who are childless after many years of their marriage. One day a ‘Yogi’ unexpectedly comes to meet the woman and tells her that he can bless the couple with a son; but they must give the boy back to him after twelve years. It puzzles the woman but she agrees. Soon after they are bestowed with a child, naming him Aka Nandun. Having a child is the greatest pleasure of their life. After exactly twelve years the ‘Yogi’ returns to demand Aka Nandun be sacrificed for him. The couple are heartbroken but it is what they had promised and they decide to fulfil the contract. But the story ends happily: ‘Yogi’ is impressed by their loyalty and stops them from killing their son.

There are many moral stories, notably one about a mystic who interprets a dream in which a man had seen the Angel of Death, heaven and hell and mentions that it is one’s own will which will lead him to either heaven or hell. There are stories about animals and supernatural elements, for example, the story about a cock who wants a king’s daughter in marriage or the snake who transforms himself into a princess' bridegroom.

There are many other stories which the older generation still remember. Before these tales are forgotten, the writers of Kashmir should turn to the retelling of those stories in Kashmiri, Urdu and English so that they can reach our future generations, and inspire new writers to return to their rich heritage in their stories.

Muddasir Ramzan studied English Literature. He was born in 1990 in Kashmir, India, where he resides. He can be reached at muddasirramzan[at]gmail[dot]com