How to Produce a Nobel Prize Winner in Literature 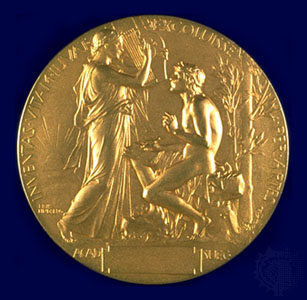 The mixed messages one receives from the Malaysian government can render one totally desensitised after a while. One day they tell you we are all Malaysians, another day they tell you Malays are the rightful indigenes so it gets really confusing.

This is why I did not put much stock in the words of the deputy prime minister, Zahid Hamidi, when he called upon Malaysians to produce a writer worthy of a Nobel Prize in Literature.

Coming from Zahid, it did not mean much because he would likely ban any book, fiction notwithstanding, if it were to be the least bit controversial (read: threatening to Umno’s interests). However, the idea itself — that a Malaysian should win the Nobel Prize in Literature — is very attractive.

Stephen King has a special place in my heart for his delicious horror fiction but they are not normally classed as Literature. Literature is something else. In my view, what makes something Literature is its ability to capture the unquantifiable (though not immeasurable) quality of human existence.

Malaysia is certainly full of literary potential. I was a collector of Malaysian English fiction back in the 90s and found many gems. The best of these is the New Straits Times — Shell Short Story Winners Anthology from 1990. This little book had KS Maniam’s Haunting the Tiger, a story with many layers of meaning which rightly won first prize.

I also am the proud owner of two short story collections by the late Syed Adam Al-Jefferi whose premature death robbed us of further collections. I also have a few anthologies by the Singaporean literary master, Catherine Lim.

Although she is a Singaporean, she was born and raised in Ipoh and so I will cheekily add her to this list. She has written so much that she can win the prize even now.

Singaporean literary fiction, it has to be said, was miles ahead of us back then. I heartily recommend anthologies by the late Gopal Baratham which also include Malaysian elements in their stories.

What then would it take for us to produce a Nobel Prize winner in Literature? First and foremost, I would venture to say — it takes a national love of literature. For that love to take root, we must dispense with the pedantic and toilsome study of language after which the students must sit for exams designed to keep high achievers few.

Rather, teach language as a means of expressing the human condition. This can be done by encouraging creative writing in students. I would highly recommend watching the 1989 film Dead Poets Society where Robin Williams, as the English teacher of a prestigious but stuffy boys’ residential school, strived to make them appreciate the beauty of language rather than quantifying it as a science.

Another step we can take would be to re-examine our sensitivities with regards to what should be censored. Racial and religious sentiments are often cited for a work to be banned yet ironically, these two elements which are closest to the notion of human identity evoke the deepest aspects of the human condition.

A Malay examining his identity today in light of the political dominance of Malay supremacism and moreover, Islamofascism would have great literary expressions but is likely to be suppressed for obvious reasons.

Zahid’s call for literary winners is akin to asking plants to survive and thrive yet starving them of sunlight. One needs the sunlight of free thinking to bear literary fruit.

Finally, we need role models from past winners of the Prize whom we can emulate in terms of style, content and themes. For me personally, Orhan Pamuk (winner of the 2006 prize) is the best choice. Pamuk’s books neatly weaves cultural elements with modern politics along with mystery and mysticism. I highly recommend his The Black Book for these.

For philosophical complexity and cultural encounters, My Name is Red really hits the spot. He also has the ability to suck his readers into the world of the text, in particular the Turkish milieu.

The work Snow in which the weather is used to symbolise despair is a great example of this. Malaysia and its rich cultural heritage has all the human experience to produce another Orhan Pamuk. Our Nobel Prize winner is there, she just needs the right kind of help to emerge.

Farouk A. Peru is a Phd Candidate in Islam and Postmodernism and previously taught Islamic Studies at King's College, London. Read his blog here and for his thoughts on being a Human In the World click here.

This article was first published on the Malay Mail Online website