In Search of a Western Muslim Heritage 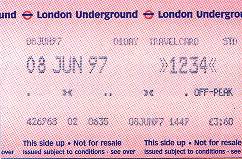 Eid holds special memories for me as a travel writer. I was about 11 or 12, when one sunny day of festivities I was introduced to the London ‘Travelcard’. I still recall the excitement of holding that pink piece of card with its grey dot matrix writing in my hands and feeling a bit like Bob Geldof and Nelson Mandela. I felt like a Freeman of the City of London.

Before this, ‘travel’ for a young boy growing up in one of Europe’s most deprived boroughs, (Tower Hamlets), had only meant something functional; a means to get somewhere. And ‘holidaying’, well, that was what the privileged did, as far as I was concerned. Both had seemed expensive and confusing.

Yet there I was having handed over the princely sum of 90p - nearly a fifth of my Eid money, mind - suddenly able to go almost anywhere in London. It really was quite exhilarating. Eid also meant I had at least ‘til late afternoon - when the distraction of visiting family would subside - before my mother would begin to wonder where on earth I had wandered off to.

With the elder boys from the estate as mentors, it wasn’t long before I was learning to decode the workings of London’s underground system. As we switched from red to green to yellow lines, and rattled through networks of hitherto confusing tunnels, it slowly began to dawn on me that as long as I could read, there was a whole system in place that would take me pretty much anywhere, without too much trouble. What’s more, if I did get lost, lots of useful folk were standing around in uniform ready to point the way. How bloody marvellous! I thought. This last point will of course come as a shock to younger readers, but I assure you the ‘uniformed people’, much like dinosaurs, did exist once upon a time.

That Eid, courtesy of London Transport and my carefully guarded pink ticket, I tasted the joy of real, independent ‘travel’ for the first time and it was, hand on heart, like awakening a mystical, sixth sense.

With the confidence gained from those early ‘expeditions’, I have since travelled all over the world decoding the transport systems of other countries and finding their helpful uniformed people (maybe that’s where all of ours have gone?). My travels have taught me much about myself, the world I live in, and those I share it with, which is why travel is something I urge everyone to do.

As a British, Western, Muslim, recently I have also begun to travel for another very important reason - to attempt to understand my heritage as a Muslims living in the West. It all began during my early forays into Europe, where, in between mastering foreign transport systems, I kept stumbling upon echoes of Muslim culture in places I had always assumed had nothing to do with Islam.

Soon I found myself excitedly on the trail of Muslim Draculas, European Caliphs and abandoned Moorish palaces, as I went in search of what Professor Harry Norris - in discussing the Baltic region - terms, the “neglected corner of the world of Islam”. Professor Norris may have been referring to the Baltic, but the sheer wealth of undiscovered Islamic heritage lying around in the West means he could just as easily be talking about any corner of Europe,

The Baltic is in fact where I will take you next month, as we start a tantalising series of posts and articles aimed at providing a glimpse of some of that heritage, which you will see is just as likely to turn up in the heart of Europe as it is at the end of London’s central line.

Tharik Hussain is a part time travel writer, blogger and photographer with a full time obsession with the Islamic stories of Europe. He has completed post-graduate study in Islam and led research in Muslim culture. Tharik is also a full time dad, husband, and teacher of Media and Sociology blogging as ‘The Wandering Musulman’ and working on his first book about the Muslim heritage of Europe. You can find out more by visiting his website www.tharikhussain.co.uk