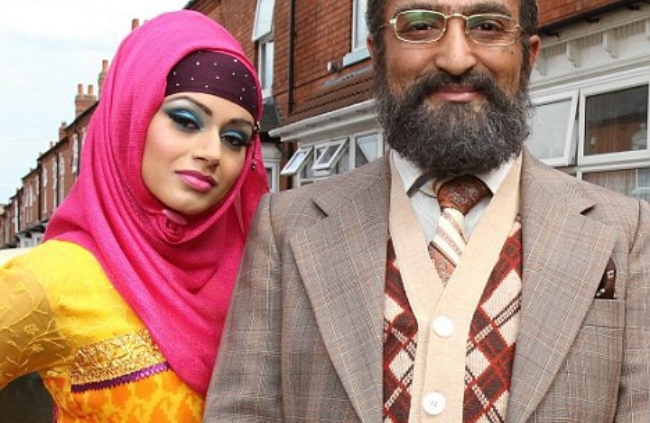 Aisha is what you might call a muhajababe. She covers her hair but is still a chic and stylish 25 year-old with her lipstick, eyeliner, Prada shoes and Birkin bag. She knows that sterner Muslims in Britain would have a problem with her sartorial choices, but she’d also be a spectacle in hijabophobic France. Whatevs.

What’s bothering Aisha right now is not her hijab but the fact that Ramadan is falling smack during the most gruelling time of year. Fasting for 19 straight hours is no joke. Last year, as an Independent Muslimah, she did her own research and found some fatwas saying it was permissible, in extreme latitudes, to adopt the fasting hours of Mecca or Medina. So this year she was all set to do this, but could not believe the many Muslims who disapproved and/or were judging her for this. Who died and made them the Ramadan police?

Also, in the run up to Ramadan, she starts getting the same old questions from her circle of WWPs (Well-meaning White People). “What, not even water?” “How many hours would they fast in Greenland?” “Does that mean Muslims in Greenland only fast for half an hour in winter?” She navigates the polite chuckles and barely concealed incredulity with aplomb, but on the inside she’s had enough.

So she and a close circle of IMBs (Independent Muslim Besties) decide this year they’ll take a Ramadan summer break in Malaysia, a modern Muslim country bang near the Equator. Muslims in Malaysia fast approximately 14 hours a day, every day, every year. Aisha and her IMBs sell this to their families as a halal, spiritually-enriching holiday in which they will act as mutual chaperones and help each other snag potential GMHs (Good Muslim Husbands).

At first it’s awesome. There are at least a trillion air-conditioned shopping malls in Kuala Lumpur alone, all with comfy prayer rooms, and all the food and drink is halal. The IMB brigade nearly faints at the tantalising, mouth-watering iftar fare at the numerous Ramadan bazaars. Chicken satay, hot curry puffs, fresh coconut water, banana fritters – you name it, they devour it.

But then they start reading the Malaysian newspapers. Upon entering public buildings, non-Muslim women in skirts are now ordered to put on towels or sarongs because they are deemed to be dressed “indecently”. Aisha and her friends like dressing modestly, but surely this is taking the biscuit?

There’s more. Non-Muslim hawkers who sell food to Muslims in the day are harassed or fined by the Islamic authorities. (So there is such a thing as the Ramadan police!) Muslims caught eating openly in the day can be fined or jailed. The IMPs protest – surely a person should fast for the love of Allah, not out of fear for the Ramadan police? The question is: What boyband song is playing through Aisha’s mind right now? (There is a right answer.)

Shanon Shah has just submitted his PhD thesis on the sociology of religion. He writes about the lived or politicised aspects of religion, gender, sexuality and human rights, especially regarding Islam.