It’s nice being glass half full. Which is why I’m thinking, “Wow, an Episcopalian cathedral included readings from the Quran in its Epiphany service!” 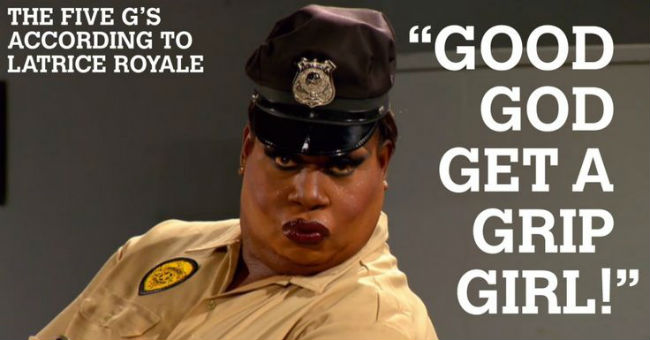 Epiphany, celebrated on 6 January in the Western Church, commemorates the revelation of God incarnate as Jesus Christ to the Three Wise Men or Three Kings. And the celebration at St Mary’s Episcopal Cathedral in Glasgow thus included a reading by a Muslim student from Surah Maryam (the Chapter of Mary) in the Quran, on the birth of Jesus.

Don’t get me wrong. I’m also distressed that the Cathedral has been subjected to threats and abuse as a result. So yes, there’s a part of me that could easily be glass half empty, too. I could despair that these condemnations are symptomatic of a Great Wall of suspicion and perhaps even hatred that still exists between Christians and Muslims. (“Infidels! How dare you believe Jesus is the Son of God?” “Pagans! How dare you believe that he isn’t?”)

Curiously, I’ve gone through several online reports and am still at a loss about where exactly this abuse is coming from. I can very well imagine what’s being said, though. The former Bishop of Rochester, Michael Nazir-Ali, was probably putting it diplomatically when he called for the Scottish Episcopal Church to “immediately repudiate this ill-advised invitation and exercise appropriate discipline for those involved”. “Repudiation” and “appropriate discipline” – how cryptic and Orwellian. I wouldn’t be surprised by parallel condemnations – with differing degrees of diplomacy – from several Muslims, too.

And for some reason, they all call to mind a timeless quote from one of my favourite contestants on RuPaul’s Drag Race, the amazing Latrice Royale: “Good God, get a grip girl!”

See, when I was living in Malaysia, there was a point at which the khutbahs (sermons) during Friday prayers really started getting on my nerves. Friday khutbahs in Malaysia have to be vetted by state Islamic authorities and there was one in particular that made me think, “This is it, I’m going mad.”

It was the usual spiel about how the West hates the Muslim world and was afraid that increasing numbers of people were embracing Islam. The reasons? Apparently, there were too many abuses in the Church – forty per cent of priests were perpetrators of sexual abuse. Also, the authorship of the Bible is inconsistent and historically suspect, unlike the unquestionably Divine authorship of the Quran. Furthermore, Islam emphasises rationality in inquiry, unlike Christianity which asks people to believe in absurd concepts like transubstantiation. There is also an impressive balance between the spiritual and material in Islam, unlike in Christianity. And finally, Islam is universal – the Quran is eternal and unchanging, unlike the Bible and other Western dogma. I know all of this because in my frustration I scribbled down these “proofs” immediately after the khutbah – which was on 21 November 2008 at a Petaling Jaya mosque (I was that incensed that I included these details) – and used them as material for an essay.

I thought, enough of this nonsense. I have several Malaysian Christian friends from various denominations and so I contacted them. “I’m sick of hearing Christian bashings by Muslims,” I said, “I want to see what a church service is like for myself.” The response I got was overwhelming – eventually I chose to follow one friend to her Lutheran church one Sunday and another to her Syrian Orthodox church the next week. Since then, I’ve also been to a Roman Catholic service in Petaling Jaya with another friend and countless Anglican services in England. Yes, my choices could get me into trouble with a number of Muslims and Christians, but the rewards have been incomparable. Not only have I become closer to my Christian friends, but I’ve also become a better-informed Muslim. My faith has not been diminished or diluted – it has deepened in a most joyous and profound way.

Maybe I’m a bit of a one-off, though. Because guess what happens when I hear khutbahs that bash Ahmadi Muslims and Shias? Or Jews? Or Hindus or Buddhists? Or atheists and agnostics? That’s right – I go and test these bashings with my own observations. And most of the time, I learn something new, make new friends and realise that anti-anything bashings are usually hogwash.

And so, that’s why controversies like this one with St Mary’s Cathedral bring out the optimist in me. I don’t think, “Oh no, why is there so much intolerance and misunderstanding?” Instead, I think, “Wow, I’m glad I’m not the only one – so there are others out there like me!” And then I think, alhamdulillah, hallelujah and mazel tov to that.

Shanon Shah is a sociologist of religion who teaches at the University of Kent and is deputy editor of Critical Muslim.