Why It Keeps Kicking Off Everywhere: 'Order' versus social justice from the Balkans, to the Middle East, to the Andes 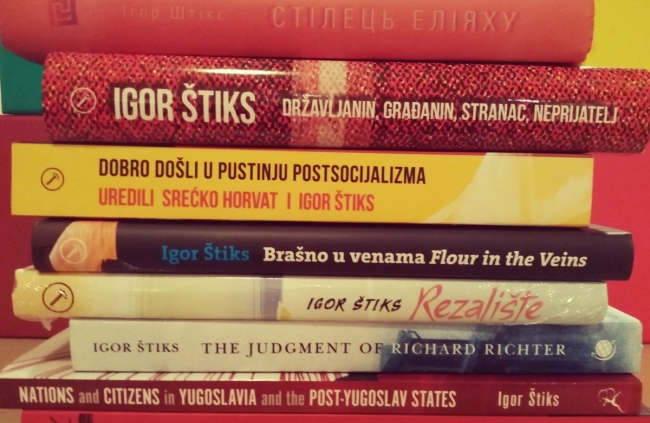 Haiti, Ecuador, Chile, Lebanon, Catalonia, Hong Kong, Iraq, Algeria… almost weekly, a new protest front opens, and dispatches from streets and squares across the globe make it seem as though, in the words of Paul Mason, it's kicking off everywhere.

I am reminded of the now half-forgotten Bosnian protests that took place in 2014, during which I wrote a comment in The Guardian arguing that events in Bosnia-Herzegovina represented a terrifying image of our potential common future, but also a possible way out. The country is a patchwork of territories, divided among ethnonationalist chiefs and their gangs (commonly known as political parties), with a weak central government, kleptocracy at every level, and enormous social inequalities. It is the result of a successful peace treaty between these warlords, brokered by the US, which ended the war by cementing its core injustice.

Now, no one is happy, but no one wants a return to violence, and this is the ideal scenario for ethnonationalist rulers who seek to retain power forever by occasionally agitating inter-ethnic strife.

This is a cold war fought by “leaders” willing to maintain their privilege at all costs, to the detriment of a fatigued, divided, and traumatised population. Much of the same is true in other post-war societies such as Lebanon and Iraq, but also, with some differences, of course, in post-Pinochet Chile, post-Franco Spain or post-apartheid South Africa.

In all of these places, the social peace constructed after a war or dictatorship meant that victims and the citizenry at large, including new generations, has had to accept that many crimes remain wholly unpunished. Furthermore, unbridled capitalism was and still is the unquestioned rule of the new order in these societies. After all, neoliberalism was supposed to bring prosperity that would ease societal trauma, heal the wounds of violence or authoritarianism, and even trickle down to the most wretched of the earth.

It should come as no surprise that we see protests and riots erupting in these societies. Often, they are leaderless, emerging without planning from the outcries of citizens making a timeless demand: social justice in the face of a corrupt and cruel order. There is a spark in every case, though no one knows what it will be or when it will ignite the fire and chaos. But then, there is always confusion among media, concern from international organisations, the reports of disoriented observers, and, for a flickering moment, fear on the part of politicians – who quickly regroup and start plotting their next move. There are also inspirational chants and banners, infused with warmth, humour, and creativity, which often seduce us in to thinking that this time, something uniquely magical is happening.

In 2014, the spark that ignited Bosnia came from students and ordinary citizens joining workers to resist the police and confront the regional government in Tuzla. Protests then spread like wildfire across the country, and regional and municipal authorities fell like dominos, resigning one after another. After protesters conquered the streets, they diverted their energy towards citizens' assemblies.

Some Bosnian activists still think it was a mistake to turn to horizontal democracy, contending that if you don't hold the streets and the fire (meaning, if you don't literally burn something, be it buildings, tires, or yourself), no one really notices. They may be correct; but nevertheless, for several weeks, the so-called Bosnian plenums quenched a worldwide thirst for radical participatory democracy. This global audience particularly enjoyed the spectacle of unity among citizens transgressing ethnic lines.

But it took little time for a joint effort by established political elites, international organisations (worried about their lucrative role in maintaining peace and "order"), Western embassies and the EU (desperate to talk to "leaders") to bring this democratic experiment to an end, with the promise of a “reform agenda” aimed at tackling the problem of social justice. The reform agenda did not reform a thing, however. In fact, it “cured” neoliberal ills by introducing even more neoliberal policies, such as further weakening the rights of workers while increasing privileges and tax breaks for foreign investors.

On the political level, the protest movement in Bosnia was finished off by calls, especially by Western actors concerned that democracy was getting too radical, to focus on challenging ruling elites at the ballot box. Unsurprisingly, there was little space for civic alternatives in a post-war political order that is dependent on ethnic division and is dominated by ethnonationalist blocs and their business and media networks. And so, over the last five years, even modest estimates indicate that in excess of 170,000 people have left Bosnia, most of whom are young, skilled, and seeking a more dignified future elsewhere (especially in Germany).

This may sound all too familiar to protesters on the streets of Beirut or Santiago, who have been given the same false promises of “reform” and who, in the midst of protest, hear the same calls for a return to “normalcy” as police and politicians make veiled threats and escalate tensions through various means. This recipe will be used again, and this process will play out again. The question is whether it will continue to be effective, and for how long.

In his 1963 Letter from Birmingham Jail, Martin Luther King, Jr. wrote that he had come to "the regrettable conclusion" that it is not the white supremacist that has represented "the Negro's great stumbling block toward freedom" but rather "the white moderate who is more devoted to 'order' than to justice; who prefers a negative peace which is the absence of tension to a positive peace which is the presence of justice." Today, the most radical tension in any society arises from a growing demand for truly democratic participation, political and civic freedoms, and social equality in a world marked by the unprecedented wealth and power of political and economic oligarchies.

Indeed, increasingly, these demands are subverting false tensions that have been presented as “natural” in the post-Cold War era, such as those linked to religion, ethnicity or culture. Current and recent protests erupting across the globe are thus exposing the notion of a “clash of civilizations” as absurd and nebulous.

The absence of tension that denotes a negative peace has become more and more unbearable; and it turns out that many people feel the presence of social justice – a positive peace – is worth fighting for. It will keep “kicking off everywhere,” and with growing fury.

Igor Štiks was born in Sarajevo, Bosnia-Herzegovina and is the author of the novels A Castle in Romagna and The Judgment of Richard Richter (originally published as Elijah’s Chair).

This article was first published by openDemocracy.