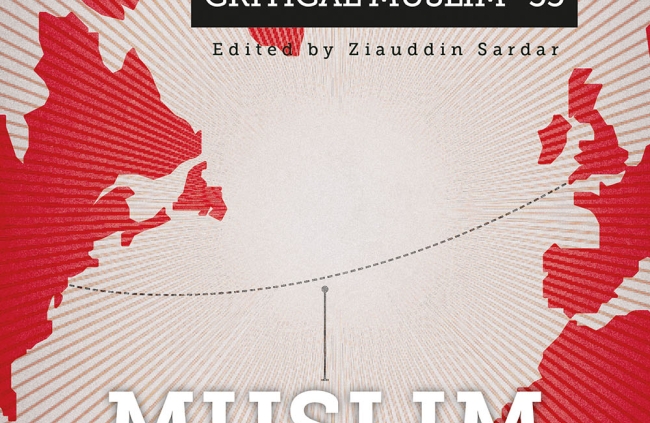 **Click here to view a recording of the webinar**

Critical Muslim senior editor Hassan Mahamdallie and writers Zahrah Nesbitt-Ahmed and Amandla Thomas-Johnson joined Arsalan Isa of the Muslim Institute on 14 October 2020 to discuss issues and themes explored in their contributions to the Muslim Atlantic issue of Critical Muslim, with a focus on Black Lives Matter and Pan-Africanism.

Hassan Mahamdallie is a playwright, writer, activist and specialist in diversity and art. He is a former director of the Muslim Institute and helps edit its journal Critical Muslim. He is the founder of theatre company Dervish Productions, whose mission is ‘to amplify voices from the edge’. He has written extensively on the Stephen Lawrence affair and Black deaths in custody. His educational pamphlet Black British Rebels: Figures From Working Class History that tells the stories of key leaders from Olaudah Equiano to Jayabeen Desai, has just been republished by Bookmarks.

Zahrah Nesbitt-Ahmed is a Gender & Development Research Manager currently based in Florence, Italy who also writes nonfiction and edits fiction.

Amandla Thomas-Johnson is a British-born writer of African-Caribbean descent. He is currently based in Dakar, Senegal, from where he covers West Africa. He has reported from a dozen countries, and has covered social movements from Trinidad and Tobago to Chile to Mauritania. He has worked for the BBC, The Guardian, Aljazeera, and Channel 4 among others.

To view a recording of the webinar click here.