Islamophobia in the London mayoral race 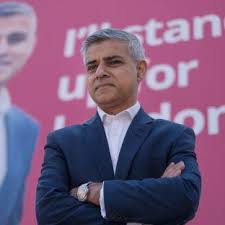 Prime Minister David Cameron’s attempt to discredit the Labour candidate for London mayor Sadiq Khan by associating him with “extremism” was cringeworthy, but was it Islamophobic? In the House of Commons, the Prime Minister disregarded jeers calling him “racist” and went ahead to accuse Khan of sharing a platform with Suliman Gani – an imam who allegedly supports “IS” (Islamic State) – nine times. Turns out Gani canvassed for the Conservatives in the 2015 general election because he opposed Khan’s support for same-sex marriage. Oops.

Mud usually gets slung in a multitude of ways in election campaigns. But Cameron’s gaffe should concern us beyond the realpolitik of election campaigning. This is a prime minister who has argued that multiculturalism has failed, blaming it on Islamist extremism (although from the context of his infamous Munich speech, one wonders if “Islamist extremism” is merely a polite way of saying “Muslims who do not vote Conservative”). This is also a man who thinks that teaching Muslim women English – and possibly deporting them if they don’t learn – is going to solve “Islamic extremism”.

The facts have been clarified. Khan is a human rights lawyer by profession. He voted in favour of same-sex marriage legislation, which was also championed by Cameron to the dismay of many of his party members. Khan also happens to be a Muslim who has shared a platform with Muslims whose views he does not share. Big deal. Has Cameron not had to deal with homophobic Tories who oppose his championing of same-sex marriage? Must we ask Cameron if he is an “extremist”-by-association simply because he hasn’t purged this bloc from his party or, better still, left the party as a matter of conscience?

This episode exposes the breathtaking Islamophobia and ignorance about Muslims at the highest levels of government. Is it so difficult to imagine that an individual can be proudly Muslim and simultaneously stand up for equality, diversity and inclusion? One characteristic of Islamophobic rhetoric is the refusal to acknowledge the diversity within Islam and among Muslims. Some Muslims don’t support gay marriage but others do (yes, despite what some sensationalised statistics say). A minority of British Muslims join IS while the majority are as horrified and helpless as other Britons. Get over it.

The Tory mayoral candidate Zac Goldsmith’s Bollywood-style campaign video, however, is neither Islamophobic nor racist – there is a fine but definite line that separates insipidness from bigotry.