Muslims at Sea: From Barbary Pirates to Brick Lane 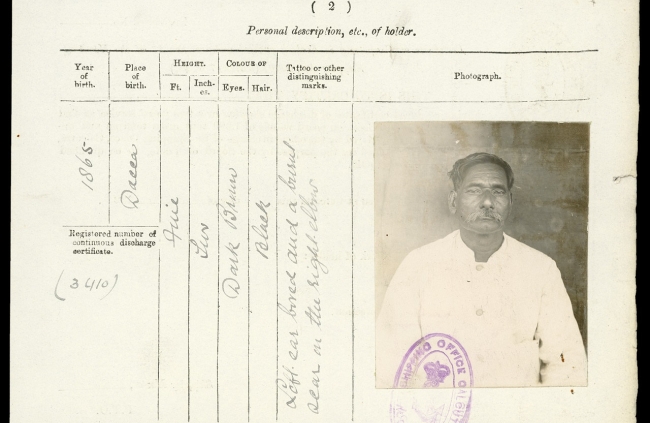 The National Maritime Museum in Greenwich, London, held a study day on Saturday 10th September 2016 on the history of Muslims at sea, in partnership with the Muslim Institute.

The Institute talked to Dr Aaron Jaffer of the National Maritime Museum about the museum’s archives and exciting new discoveries on the history of lascars, and of religion and rebellion aboard British ships.

What was the study day about?

Aaron: We looked at the way the sea has influenced Britain’s relationship with Islam over the past 400 years. This involved exploring the fascinating histories of many different Muslims who have had connections with the sea. This includes Muslim rulers, Muslim pirates, Muslim migrants, Muslim artisans, Muslim soldiers and enslaved Muslims. We’ll be covering everything from the voyages of Sinbad the Sailor to the first Muslim communities in Australia.

Can you explain the link between the Muslim world and Britain’s maritime history?

Here at Royal Museums Greenwich we have over two and a half million items in our collection. We will be using some of these amazing objects to highlight the connections between Britain’s maritime history, the Islamic World and Muslim histories. For example, some of the items in our archive tell the stories of Muslims who served aboard British ships, and who journeyed to and settled in Britain. In 2013 we discovered over 2,000 uncatalogued certificates, dating from around a century ago, relating to cooks aboard British vessels. During this period there were very high numbers of Muslim sailors aboard certain British ships. This included many Bangladeshis and sailors from other parts of South Asia.

The certificates give us a wealth of personal details about these men – such as a person’s name, date of birth, physical characteristics and all sorts of other information. Most exciting of all, many certificates include a portrait photograph. It can be very difficult to find photos of individual South Asian sailors from the early twentieth century so these are really something special.

At the study day you also talked about your recently published book, Lascars and Indian Ocean Seafaring, 1780-1860: Shipboard Life, Unrest and Mutiny. What did you find out about Muslim sailors during your research?

‘Lascar’ was a very broad term that was used to describe sailors from across Indian Ocean region. Many of these men were Muslim but there were also Hindu and Christian lascars too. The general history of lascars has been quite well documented and much has been written about those who settled in the UK, often in places like London, South Shields, Glasgow, Liverpool, Cardiff and Bristol. My book concentrates on life aboard sailing ships, especially those occasions when lascars came into conflict with their officers and captains.

Many British sailing ships in the Indian Ocean had a European captain and European officers to manage a crew made up of lascars. I discovered that lascars were involved in all sorts of conflicts with their superiors. This stretched from minor disputes to extremely violent uprisings.

Lascars could be involved in a range of different protests. Some crews dragged their feet when asked to do a particular task, some sent a spokesman to complain to their captain and some simply refused to work altogether. Other crews turned to more violent means, such as swearing at or striking an officer, or even the most extreme act: killing a captain and taking over his ship.

What did you find lay behind these protests?

Mutinies were rarely about one issue – they were usually caused by things that had been brewing for weeks. They often revolved around everyday issues, like poor or insufficient food, or anger at pay being late. Religious issues were also important. Captains sometimes complained, for example, about their Muslim sailors fasting, thinking their men wouldn’t be strong enough to work.

You also had conflicts arising where Muslim crews insisted upon separate drinking water or that their food be prepared by their own cooks. Demands like these could anger captains, who didn’t want anything to interfere with the smooth running of the ship or to burden themselves with extra costs.

Your book seems to challenge the stereotype common even now, of lascars being passive, easily exploited and enduring ill-treatment without complaint.

It is very easy to overlook protests – I had to dig really deep to find them in documents such as diaries, logbooks, newspapers and court records. Muslim sailors maintained a strong sense of religious identity whilst serving aboard British sailing ships; they were often very anxious to protect their Islamic practices. When they came up against officers intent on making life difficult for them they would often protest, sometimes with violence.

British captains learnt the importance of showing respect for the religious practices of their Muslims sailors; those who did not soon found themselves in trouble.