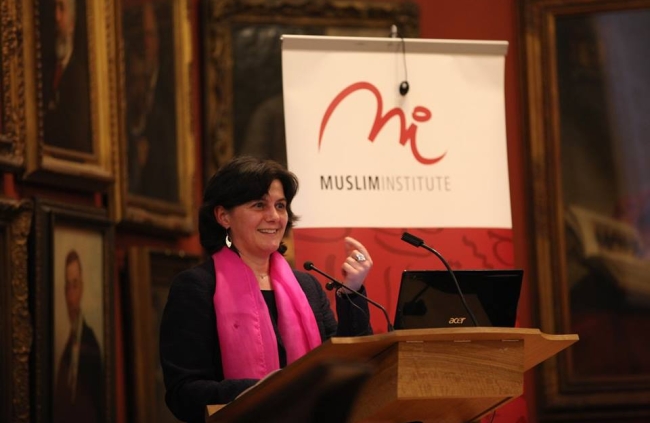 The fourth Annual Ibn Rushd lecture was held at the illustrious Art Workers' Guild Hall in London on the evening of 1 June 2016.

Introduced by Ehsan Masood, Chair of the Muslim Institute, Dr Alba Fedeli talked about her rediscovery last year of some of the world's earliest surviving verses of the Qur'an: two leaves of parchment, which have been dated to the seventh century and could have been written down in the lifetime of the Prophet Muhammad.

A response by Professor Emilie Savage-Smith, Professor of the History of Islamic Science at the University of Oxford, followed Dr Fedeli's lecture, before the audience was invited to partake in a Q&A, convened by Ehsan. Finally, Merryl Wyn Davies of the Muslim Institute ended the evening with a vote of thanks, after which attendees retired to a sumptuous Turkish supper.