The Muslim Community from Rushdie to Hebdo

I went along to the Muslim Institute in Old Street, London, earlier this afternoon to take part in a panel discussion entitled “The Muslim Community from Rushdie to Hebdo”. I have written about this topic on several previous occasions so I used the opportunity to place the topic in a wider context that interests me most. A summary of the points I made follows below: 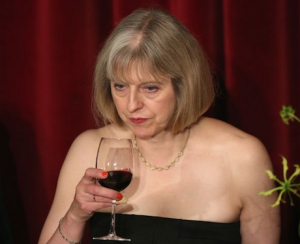 “the vocal or active opposition to fundamental British values, including democracy, the rule of law, individual liberty and the mutual respect and tolerance of different faiths and beliefs”.

“The God of the Old Testament is arguably the most unpleasant character in all fiction: jealous and proud of it; a petty, unjust, unforgiving control-freak; a vindictive, bloodthirsty ethnic cleanser; a misogynistic, homophobic, racist, infanticidal, genocidal, filicidal, pestilential, megalomaniacal, sadomasochistic, capriciously malevolent bully.” 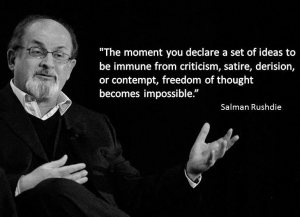