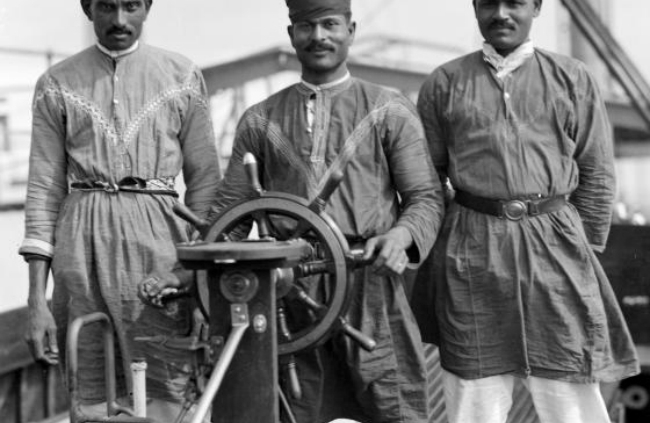 There are two complementary foundation texts for those interested in the history of black and Asian people in Britain. One is Peter Fryer’s Staying Power: The History of Black People in Britain and the other is Rozina Visram’s Ayahs, Lascars and Princes: Indians in Britain, 1700-1947.

Both books were published in the mid -1980s by the radical Pluto Press, and provided ‘historical ammunition’ at that time to a generation of activists from Africa, Caribbean and Asian backgrounds and their allies who were fighting against racism and for civil rights. Fryer and Visram’s work, meticulously researched through archival material and obscure records of all sorts, constructed a neglected but significant strand of ‘our island story’ going back centuries.

Those protesting against being cast as foreigners who had no past and no right to be considered British, were energised by reading that Georgian London had a thriving free black population, that the 19th century London Chartists were led by William Cuffay, the disabled son of a slave and the suffragist movement included radical women of south Asian descent such as direct-action veteran Sophie Duleep Singh. These episodes and individuals raised black and Asian peoples above having a mere presence in Britain into the realm of having been active contributors to its history, society and culture.

Aspects of this history have often emerged from unexpected sources. In 2004, working on an art education project in south east London, I learned that Dr Andrew Bamji at Queen Mary’s Hospital in Sidcup had an archive of case-notes of wounded First World War soldiers who had undergone pioneering plastic surgery by surgeon Harold Gillies. These included photographs, notes and X-rays of many African and south and east Asian colonial soldiers sent to Queen’s Hospital (as it was then) after suffering extensive facial injuries - for example having their faces shot away by shell-fire. I also interviewed a Somali sailor living in a retired seaman’s hostel in east London who held me spellbound with yarns of his time in the British merchant navy in the 1940s.

Since the 1980s for various reasons other identities have come to the foreground, particularly religious ones. The history of Muslims in Britain is now a thriving branch of inquiry and has begun to deepen our understanding of the dynamic between Britain and Islam and its followers. The impetus is very much the same as it was in the 1980s – to prove that a specific group considered outsiders has been an integral part of the warp and weft of British society for a very long time.

Following in the footsteps of Fryer and Visram are historians busy working through archives to piece together the British ‘Muslim narrative’. The recent discovery in the National Maritime Museum of 2,000 photographic records of Bangladeshi ships’ cooks in its archives is an important part of this quest. The hidden story of the ‘Lascars’ pioneered 30 years ago by Rozina Visram is now being brought fully to life. Names and faces come into focus; origins, personal accounts, individual voices and specific events add often surprising dimensions to what we already know. You can read more about the link between the Muslim world and Britain's maritime history by reading my interview with Dr Aaron Jaffer of the National Maritime Museum who curated the study day.

The work of the NMM in reassessing the historical record of lascars is of intense interest to the fellows of the Muslim Institute, of which I am director. The Institute is a free-thinking organisation dedicated to expanding critical dialogue and deeper understanding between Muslims and wider society.

Today all Muslims, particularly in the West, are trying to navigate between various rocks and hard places. It is good to know that those that came before have also been on this voyage, have also been beset by challenges on the way, but have ultimately weathered the storm. We are indebted to the NMM for extending an invitation to the Muslim Institute to take part in the study day which took place on 10th September and play a small role in uncovering our shared maritime history.