Ibn Rushd and Our Times 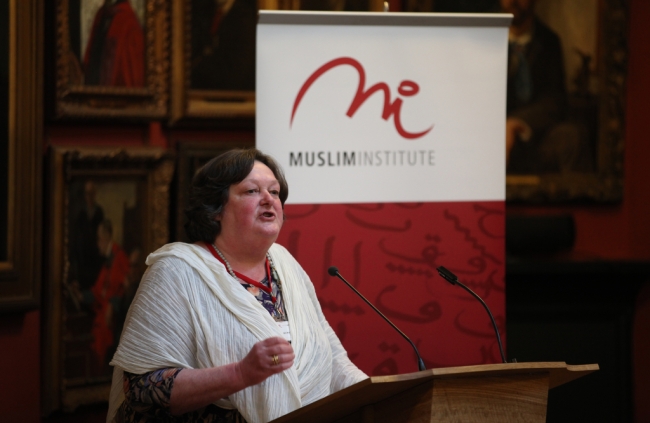 Anyone who consults the Muslim Institute website or even better takes the plunge and becomes a Fellow will become familiar with an illustration of turbaned gentlemen enjoying a feast. The Institute chose this image with a purpose, not just as a pretty picture. It depicts an Ottoman era futawwah, a dining club where intellectuals, scholars and theologians would meet to discuss and debate the issues of the day in a convivial setting. The Muslim Institute, not averse to a little feasting, exists to honour the intellectual heritage of Muslim civilization by taking up the challenge to be relevant to our time, to advance the interests and understanding of our Fellows through debate and critical thinking.

Muslims are every ready to invoke the glories of our heritage. The great names of our history, however, the ibn Sina, Al Farabi, ibn Khaldun, ibn Arabi, Al Ghazali or ibn Rushd are largely just that - names. They are badges of honour brandished to reassure us that indeed once we were great. The trouble with past glories is precisely that they are passed. The books and ideas, the debates, lively and vituperative, the disputes, earnest and reasoned, that enlivened the minds of these great names are in the main dead letters, closed books; the content and meaning of their thought or its implications for our time unknown. As a Muslim community here and now and in Britain we exist in a void, we have no history of open discussion, debate and argument.

Muslims today take comfort from the achievements of the great minds of long ago and evade the challenge they present. We cower in the shadow of their reflected glory and signally fail to stand on the shoulders of these giants to see further, to aim higher, to go beyond their accomplishments emboldened by their example. We cower not so much unsure of how to progress but deeply uncertain whether progress, critical thinking, reasoned argument and new synthesis of ideas has anything to do with being a Muslim.

The option we fail to take, the void we permit to exist is not without consequences. While educated, articulate, concerned and even engaged British Muslims fail to create a community of active debate, of critical, open, tolerant and participatory discussion about the concerns of our day we hand our young people over to the purveyors of authoritarian certainties. We consign young minds to those whose instruction is devoid of reasoning, inimical to questioning. More and more young people, those who in all other aspects of their lives are taught to question and dispute, regard being Muslim and coming to Islam as a one stop shop of simplistic do’s and don’ts whose gate keepers have the only possible readymade off the shelf answers.

For the lack of alternative viewpoints, in the absence of robust assertion that Islam is a world of ideas, honest and sincere divergent opinion, a plurality of approaches and most of all of questions that are always open, an ever present challenge to the moral intellect we cast our young people adrift.  We leave them to a rhetoric which when it plays upon their sense of marginalisation, frustration and impotence becomes a siren lure. It can all too easily become a call to exclusivity, a closed identity an unthinking allegiance that can be rallied to the barricades fashioned into a rationale for hatred. And the end of that road is to be found in Woolwich, to the shame of us all.

There is another great void that we connive in perpetuating. There is today a complete lack of public debate about British foreign policy. Politicians have been successful in building the image of the heroism of the British squaddie as an impenetrable shield. This shield is wielded to deflect and silence debate about the misconceived, misguided policies they have been pursuing for more than a decade. The soldiers who risk their lives doing the impossible in the worst of circumstances are victims as much as the men, women and children of far off countries whose ruination has been the principal achievement of political miscalculation and failure.

The acid test for the British Muslim community is to bring forward and be active participants in a peaceful, engaged and earnest debate about the uses and abuses of British foreign policy. The inability, the sense that we will only be misjudged and misunderstood if we make the attempt is a sure sign of our failure. And it again hands our young people over to the craven voices fostering hatred that pretend militancy is an answer when all it can achieve is to deepen the mire, to make things worse. Worse still, this void of debate is a failure of British democratic discourse, a collective and not solely a sectional minority failure. Serving soldiers know a decade of sacrifice has achieved nothing. The millions who rallied to protest British politicians’ willingness to be misled by American interventionism came from all sections of society. This constituency of doubt and concern deserves better than languishing in their living rooms gnawing on the discomfort of ‘I told you so.’

The Muslim Institute exists not to put forward or promote any particular interpretation of Islam. We exist to encourage and facilitate the understanding that there is no Islam without interpretation, critical reasoning, earnest questioning, tolerance and openness to all opinions and the willingness to listen and participate in discussion with everyone irrespective of our differences. We invite everyone who believes in and thrives on debate to join our fellowship, to engage and participate in peaceful discourse that shows we live in and care for the fate of our times, the issues and concerns of today and tomorrow.

Merryl Wyn Davies is co-director of the Muslim Institute. This is the written version of her closing remarks delivered at the First Muslim Institute Annual Ibn Rushd Lectures - Ibn Rushd: A Man for Our Times.