Review by Ziauddin Sardar of Christopher M Davidson's After the Sheikhs: The Coming Collapse of the Gulf Monarchies 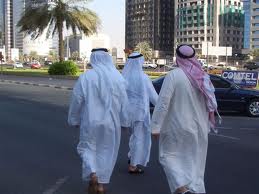 The place looks and feels unreal. That's the conclusion I reach every time I visit a Gulf state. It is not just the Disney World architecture, the obscene display of wealth, the ubiquitous presence of poor migrant labourers, the insidious racism of the natives, and the segregation and seclusion of the women. What really strikes you is the fact that the region is totally out of sync: the contradictions between imported hyper-modernity and the reactionary and anachronistic local traditions are just too stark. I always leave thinking, "This is not going to last long".

Indeed, reports of the demise of the Gulf monarchies began to circulate almost as soon as these states emerged during the early 20th century. Pressures from urbanisation, the demands of increasingly literate and educated populations, mass communication, and decline of religious values would transform them into modern democracies. There have been predictions of revolutions, internal collapse and popular uprisings.

Yet the Gulf monarchies of Saudi Arabia, the United Arab Emirates, Kuwait, Qatar, Oman and Bahrain have proved remarkably resilient. The despotic kings, emirs and sheikhs have an uncanny ability not just to survive but thrive. They have even discovered a formula to graft seemingly modern institutions on to patriarchal and autocratic societies. So what is the secret of their survival?

There are numerous reasons. The support of Western powers, oil wealth and an effective secret police are among them. But in this exceptionally argued book, Christopher Davidson concentrates on the prime reason: the Gulf monarchies enjoy considerable legitimacy from their populations. The rulers and citizens are bound together in a system of traditional tribal loyalties. The citizens look up to their rulers, and see them as guardians of political stability, wealth, religious values and tribal culture. In return for their political acquiescence, the rulers shower them with generous subsidies, privileged positions in the public sector and lavish hand-outs.

The autocratic rulers have also been very adept at using traditional institutions to enhance their position and promote loyalty. An example is the old kafala system, which has its origins in slavery, practised widely in the Gulf. It requires foreign businesses to have a local sponsor. Gulf nationals are able to market themselves as sleeping partners to industrious foreign entrepreneurs. Many have become enormously wealthy without actually doing anything.

Kinship has also been used to create a network of loyalty. The royal families have expanded continuously, and have become so large that they now resemble large-scale political parties. The states operate as single party system, a self-regulating proto-institution.

This fine-tuned monarchical resilience, Davidson argues, cannot be sustained for much longer. Immense internal pressures are building up and the pressure-cooker is about to explode. Davidson marshals an impressive array of evidence: there is, to begin with, a rapidly increasing indigenous population, based on high fertility rates and excellent health care. In Saudi Arabia, 47 per cent of the population is under the age of 18, with 80 per cent under the age of 30, making the Saudi population one of the youngest in the world. It has grown up on a system of sponsorships and subsidies. Young citizens have little motivation to gain meaningful qualifications or enter a competitive job market. So they are in a permanent state of "voluntary unemployment".

The states are in no position to maintain cheap utilities, low-cost fuel and foodstuffs – the three basic types of subsidies. Oil revenues are either dwindling or have disappeared altogether. Dubai, Bahrain and Sharjah are now net oil importers. Abu Dhabi has only a few decades of reserves remaining. Kuwait and Saudi Arabia are in a much stronger position but their exports will decline as domestic demands increase rapidly. Already, power cuts and long queues at patrol stations can be seen in Sharjah and Dubai.

The traditional behaviour and established policies of the monarchies add to their instability. Thus, Davidson suggests, the pathology of squandering wealth, state-sanctioned discrimination against minorities, the hostility against Iran, the secret alliance with Israel, and the increasingly problematic nature of Western security guarantees – all undermine the resilience of autocratic polities. Wholesale collapse is thus inevitable; it is only a matter of time. The regimes are as strong as the weakest link in their chain. That is why Saudi Arabia moved rapidly to help Bahrain suppress its uprising. I am keeping my fingers crossed and counting the days, hoping Davidson's forecast is more accurate than the previous ones.

Ziauddin Sardar is a writer, broadcaster and cultural critic. The most recent of his numerous books include Reading the Qur'an, Desperately Seeking Paradise: Journeys of a Sceptical Muslim and Balti Britain: A Provocative Journey Through Asian Britain. He is the editor of Futures, the monthly journal of policy, planning and futures studies and co-editor of Critical Muslim. He is also the Chair of the Black Umbrella Trust, which publishes the critical art journal Third Text.

Dr Christopher M Davidson has taught at universities in Britain and the United Arab Emirates and has written several other books on the Gulf, including Dubai: The Vulnerability of Success and Abu Dhabi: Oil and Beyond

This article was originally published by The Independent