The Future of Abortion Rights in Islam

There is no explicit reference to abortion in the Qur'an, and classical jurisprudence and modern-day religious scholarship highlight the diversity of Islamic thought on this subject. Naureen Shameen asks what the new antipathy to family planning by some of the Muslim majority countries means for the future of abortion rights. 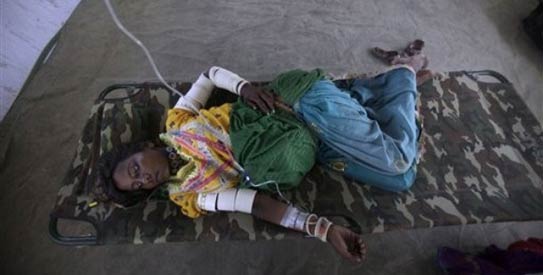 In March this year the Muslim Brotherhood publicly denounced the UN Commission on the Status of Women’s Agreed Conclusions on violence against women, which call for sexual and reproductive health services - including safe abortion - for survivors of sexual violence. A statement by the Muslim Brotherhood described these as

‘the final step in the intellectual and cultural invasion of Muslim countries’ and as undermining ‘Islamic ethics and destroy[ing] the family.’

The statement is indicative of a newly vociferous antipathy to family planning from some Muslim majority countries such as Egypt and Libya, and stands in sharp contrast to the ways in which Muslim communities have historically addressed the issue, both in jurisprudence and social practice.

The legal and social framework regarding abortion of many modern Muslim-majority countries runs counter not only to classical jurisprudence of centuries before, but to the practices of many Muslim-majority societies historically. Research suggests that abortion was socially acceptable and broadly available within the Ottoman Empire and in Egypt up until the 19th century, for example.

Islam does not have a central authoritative structure of religious interpretation, and no single school or theology characterizes ‘Islamic thought’. There exists no explicit reference to abortion in the Qur’an. A number of passages refer to the multiple stages of development of the human embryo (23:12-14), and to the timing and process of ensoulment (23:14). At the end of the third phase of embryonic development, the soul enters the body. This is most frequently read as 120 days following conception.

The Sunnah - practices and rulings of the Prophet Muhammad, as described in orally transmitted traditions, or Hadith - also do not directly cite or prohibit abortion, and further elaborate on the Qur’an’s embryonic stages of development and ensoulment. They also point to the fetus as having some legal protections but fewer than that of a ‘full-fledged human being.’

Classical Muslim scholars such as Abu Hanifa and Ahmad ibn Hanbal attempted to translate the traditional Islamic textual sources - the Qur’an and Sunnah – into legal rulings, and Islamic jurisprudence (fiqh) emerged from the multiple interpretations of scholars of several legal schools named after their founding jurists. Under classical Islamic jurisprudence, there exist roughly four different positions on abortion, prior to the point of ensoulment:

Exceptions after ensoulment also exist under classical jurisprudence – in keeping with the fiqh principle to choose the lesser of two evils, most schools support abortion where the mother’s life is at risk. This is echoed by contemporary rulings, such as that of the late Grand Ayatollah Hassan Fadhlallah of Lebanon, who stated that abortions are permitted for a woman if continuing the pregnancy puts her life in danger, or if it will cause her serious difficulty.

More recently, exceptions in cases of rape have been supported by several modern-era fatwas in such countries as Egypt and Algeria. In 1998, the Egyptian Grand Sheikh of Al-Azhar, Muhammed Sayed Tantawi, issued a fatwa that unmarried women who had been raped should have access to abortion, and the same year in Algeria the Islamic Supreme Council issued a fatwa stating that abortions were allowed in cases of rape, as rape was being used by extremists as a weapon of war. These opinions, however, have not been codified in law.

Abortion in the case of fetal impairment is also supported by several Iranian and Egyptian fatwas. The Grand Mufti Ayatollah Yusuf Saanei allows for abortion in the first trimester in cases of fetal genetic disorder, as does Sheikh Nasri Farid Wasil. Although more rare, some modern fatwas supporting socio-economic justifications for abortion also exist, such as that of Sheikh Ahmed Harayd, who supports abortion in circumstances where the family would be incapable of hiring a wet-nurse to feed the child.

Of course, modern fatwas on abortion do not necessarily have women’s liberty as their aim. They may instead uphold regressive patriarchal structures, as for instance when the Grand Mufti Sheikh Nasr Farid Wasel of Egypt argues that rape survivors should have access to abortions along with reconstructive hymen surgery in order to preserve female virginity and marriageability.

Some modern Islamic scholars have supported abortion for social and medical reasons in the context of rapidly expanding populations in Muslim-majority countries, constrained health budgets, and maternal health, arguing from principles such as public interest (istislah), equity or just solutions (istihsan), protection against distress and constriction, necessity to avert probable harm and necessity. Notably, Ayatollah Yusuf Saanei of Iran stated his opinion in 2000 that abortion is allowed under conditions such as parents’ poverty or overpopulation.

In spite of the work of the modern Islamic scholars above, the laws and policies of many current Muslim-majority nations are today, surprisingly, more restrictive than the rulings of medieval Islamic jurists. The picture, however, is diverse.

Abortion is illegal in Senegal outside of exceptions for the mother’s life, for instance, based on the 1810 French penal code. French colonial law also influenced prohibitive abortion provisions in Algeria, Iran, Lebanon, Mauritania, Morocco and Syria. Libya’s restrictive legislation is based on Italian law and British colonial codes proscribing abortion are still alive in Qatar and other Gulf states.

Several countries permit abortion without restriction: Albania, Azerbaijan, Bahrain, Kazakhstan, Kyrgyzstan, Tajikistan, Tunisia, Turkey (where the right is threatened by the ruling AKP government) and Uzbekistan. Tunisia liberalized its law in 1973 before France, Germany and the USA.  Yet eighteen Muslim majority countries, including Afghanistan, Libya, Sudan, Mali, Yemen, and Iraq, have amongst the most restrictive abortion laws worldwide, allowing abortion solely to save the mother’s life or prohibiting it altogether.

Today the actual practice of abortion in Muslim contexts, although seldom spoken of, is significant and often dangerous. Between 1995 and 2000, more than 50 percent of all unintended pregnancies in the Arab World region ended in abortion. It is estimated that 80,000 illegal abortions are performed in Iran per year, and nearly one million yearly in Pakistan. Nearly 5 percent of all maternal deaths in the MENA region were due to abortion related complications, with the number rising to over half of all maternal deaths in some Muslim-majority countries.

Women in these regions benefit neither from religiously-argued permissiveness of abortion or international human rights standards, the subject of significant expansion in the past two decades. Women’s rights to comprehensive reproductive health services, including abortion, are rooted in international and regional standards that guarantee the right to life, health, liberty, privacy, bodily integrity and non-discrimination. The Protocol to the African Charter on Human and Peoples’ Rights on the Rights of Women in Africa, notably, is a legally binding human rights instrument that explicitly addresses abortion as a human right

The 1994 International Conference on Population and Development Programme of Action called upon governments to consider the consequences of unsafe abortion on women’s health, urged governments to directly address unsafe abortion as a major public health concern and confirmed that where abortion is legal, the procedure should be accessible and safe. And the Convention on the Elimination of Discrimination against Women’s Committee has called upon States parties to ensure that women are not forced to seek unsafe medical procedures such as illegal abortion because of lack of appropriate services.

The expansion of sexual and reproductive rights language in international and regional frameworks, signed and ratified by most Muslim-majority countries, has momentum. However the CSW this year was a flashpoint for a more powerful and troubling counter-narrative on the international level from 'conservative forces' such as the Vatican, Russia, Libya, Egypt and others with increased political clout.

On the national level, several powerful conservative governments in such countries as Turkey and Egypt have made moves to curtail women’s rights and further police women’s sexuality. These moves involve attempts to reverse existing policies or legislation or targeting of individual activists or groups where possible. Prime Minister Tayyip of Turkey – a country with a long history of women’s right to abortion - has frequently expressed his distaste for abortion rights and promoted his pro-natalist policies. In May 2012, he compared abortion to air strikes on civilians and equated it with murder.

And back on the world stage, the ongoing efforts of a group of conservative states, Egypt prominent amongst them, to weaken human rights language on women’s rights and undermine women’s right to abortion is becoming increasingly visible and effective.

This June, the Human Rights Council adopted a resolution on violence against women which cites the need to provide reproductive health services to survivors, but unlike the 57th CSW Agreed Conclusions in March 2013, the new resolution does not list these services, including safe abortion. Is this the future for abortion rights in Muslim contexts?

Naureen Shameem is a member of the international solidarity network Women Living Under Muslim Laws ( WLUML) and was the Harvard Public Service Fellow at WLUML and Stop Stoning Women campaign coordinator. A human rights lawyer and gender justice activist, she is a Women and Justice Fellow at Cornell Law School.

This article was published on openDemocracy.net