Fragments of a Faith 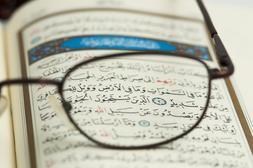 The latest issue of Critical Muslim on Sects is a welcome and timely investigation on the deep-rooted, deadly divisions among Muslims, whose apparent fragmentation into blinkered or scleroticised cults not only promotes internal hate and strife but keeps Islam from gaining its deserved place as a spiritual leader in the modern, globalised world. These sects, some as ancient as Islam itself, others which have developed over the centuries and until recent times, seem to have acquired, in the face of declining European colonialism and the onslaught of American post-colonialism a new impetus. The revival of Islam in all its manifestations has developed into a competition among various interpretations of how Islam should behave vis-à-vis the modern world from which it has been isolated for so long but which it now cannot avoid to face, for better or for worse.

So if Islam is so rife with sectarianism, if sectarianism poisons and corrupts most of its worldwide communities contributing to relegate it into a medieval ghetto, why do we bother with it? Of course there are one and a half billion people who are in the vast majority born Muslim, live in a Muslim environment and for whom Islam is an unquestioned given in life. But there is a growing number of Muslims who take a wider view of Islam and are able to see the damage that sectarianism is doing and look for ways to overcome it; and there are many non-Muslims in the western world who see Islam as a potential spiritual answer to the pervasive wayward materialism of western society. Is Islam worth the trouble?

I believe it is. Because Islam is the closest set of spiritual and ethical teachings to the needs of our practical and temporal understanding of the world, where the principles of good living can no longer be based on some overpowering God sitting in judgement but on the true, moral and practical principles that must guide a civilised society of human beings. The Qur’an talks of Paradise, Damnation and the Last Judgement. But at the same time its teachings allow us a flexibility and give us an explanation of why and how we should strive to lead a good life which goes beyond the fear of the afterlife and concentrates more on the true benefits that can be achieved in this world through a good, honest and fruitful life. A pious life, in the widest sense of the word.

As someone who is constitutionally agnostic, and a believer that all religions are a result of inspired rulings aimed at establishing communal guidelines which are the more valid because they are instigated by a Will which is beyond our control, but spring from human rational interpretations of universal laws of nature, I have found myself strongly attracted by the Qur’an because it seems to be, in its fundamental form and manifestations, the closest social guide to an honest but achievable goal of a useful life which implicitly recognises this essential truth. Having experienced at first hand the  fundamental humanity which pervades the Islamic way of life contrasted to the lack of it in our often brutalised western world I cannot help but feel that Islam could and should provide a substantial enrichment and spiritual contribution to our globalised society. And although it is certainly true that much of the differences in attitude and outlook are due to Eastern cultural, regional and racial characteristics, it is also true that the East will in the not very distant future become an increasingly important presence in our societies. It is important to facilitate the fusion of what this new reality has to offer as much as possible for the benefit of all. I suspect it is also important that we in the West acknowledge the benefits of what the future offers rather than await to be overwhelmed by it.

Of course the fundamentalist principles of the most extreme sects ultimately have no chance of taking over the globalised, interdependent world we live in today. But both hard line and progressive Muslims have valid points to their arguments: the former understand that Islam’s too close contact with the West will result in a watering down of Islamic principles, while the latter know that without this contact Muslim society cannot properly progress towards sharing the improved lifestyle acquired by the West. There is conflict between the understandable struggle to maintain the purity of Islam alive and the understandable striving towards the need to keep up with what is going on in the world around Islam. A middle way, the median towards which many Islamic scholars have also apparently aimed for in the past will have to be reached, sometime. One of the fundamental problems which face the much needed renewal of the Islamic principles, which have often been described even by some Muslim scholars as not a “religion” but a “way of life”, is the apparent discrepancy between Islamic principles as set out in the Qur’an and the ethical and legal positions held by modern society, at least in principle. At a lay level at least, Muslims  should not be intimidated and confused by the apparent contradiction of the Qur’an on the one hand being an untouchable document because it was revealed by God, and on the other its evident need to be reviewed and adapted to today’s world: any sensible interpreter of this wonderful book would be bound to agree that although the revelations may have been divine, the words used and the means of understanding what was being communicated were by necessity those of the times in which Muhammad lived and of the people and the time to which they were addressed.

Muslims instead should tirelessly work to understand and illustrate the Qur’an’s powerful universal meaning, which per force needs to be adapted and re-interpreted in an inspired, honest and intelligent way as times change. It is not imaginable that God, who represents ultimate perfection, should impose a document to guide humanity through life which was not destined to be intelligible and applicable to all epochs. It is not imaginable that God, who is the ultimate expression of Love, can be willing to pitch sects against sects which can only destroy His intentions. Islam does not need, should not, move with the times: the fundamental tenets of the Qur’an  are universal, immutable. It is not imaginable that the Qur’an, which is at the very least a high manifestation of the intellect of man at its highest development, can have been conceived contrary to reform and improvement according to the realities of today’s world, or for that matter to the realities of the time present in whatever moment of the past or the future. And this, in spite of all its difficulties, uncertainties and doubts, is probably the key to the renewal and ultimate success of Islamic though: the gradual, thoughtful, inspired transformation of Islam from being purely and exclusively a religion, to an enlarged status as a principally lay philosophy of life, an inspirational lay “religion” based on a book which was undoubtedly inspired by That which in whatever way we choose to call God.