Clap Along if You Feel that Happiness is Halal 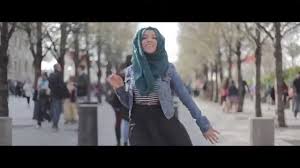 For anyone with a couple of dozen Muslims on their newsfeeds, any time some event of great importance breaks out somewhere in the Independent Republic of the Internet, you can guarantee that you’ll be exposed to a glimpse of that little-documented creature: the Muslim Troll.

Its natural habitat being under large rocks in urban vicinities, the Muslim Troll is a natural mimic of the Muslim Scholar, adopting a studious expression, self-consciously arranged ensemble of ‘Islamic’ clothing, and many Arabic expressions to pepper his speech. This he does whilst simultaneously eviscerating dozens of fellow Muslims online every day, condemning them to burn in the deepest reaches of hell for posting that video of the cat with the weird miaow.

Fortunately, I do not add such like to my friends. Were a Troll to scheme his way in I would promptly unfriendify him or her. Am I acting against freedom of speech? No, I am acting for freedom from speech. Hate(ful) speech, that is. There is no reasoning with people who say that it is disbelief to use a string of beads to enumerate the names of God, whilst reading Qur’an off their iPads and setting an alarm for Fajr on their iPhones.

So when The Honesty Policy’s effervescent vid Happy British Muslims (one of the global Pharrell Williams covers that have taken YouTube by storm) appeared on my Facebook feed, all that I could see in response was enthusiastic. Muslims of all colours, ages and styles of dress, bouncing around the screen in a state of pure unadulterated elation, without a single news reporter or crime scene in sight? What’s not to like?

Then I came across one woman’s impassioned comment about how ‘this isn’t the sort of da’wah we should be doing’. She seemed genuinely upset that despite all her efforts to maintain her deen (practice) the way she felt it should be, people like this kept on appearing to shatter her resolve. Her plea touched me deeply, but I couldn’t help wondering why something so infectiously cheerful should leave anyone feeling down.

Is the main problem that they’re bopping about to a Western pop song? If that is the case, then all of us who grew up in the West (or are 100% genetically one of ‘them’ – I even did a DNA test to see if I had any Asian, African or Middle Eastern in me; not a drop) are doomed. Much as I love to dance to Berber music or Qawwali, I like a good shimmy to Blondie as much as the next Essex girl. And frankly, most nasheeds are the musical equivalent of a large bag of candyfloss: nice for a while, but leaving you with a hankering for something a bit more substantial.

Music cuts across racial, religious, gender and class boundaries. You might not agree with people dancing for a camera and being broadcast to the world, but listen to a song that gets you jumping and the stress of being categorised falls away. You stop thinking, something that is anathema in our hyperelectric world. Besides, Muslim women often suffer from serious health problems as a result of having little encouragement – or opportunity – to exercise. Dancing is by far the best all-round tonic for the body; you don’t have to go raving to enjoy it.

(The only examples of belly dancers I could find that weren’t wearing exotic dancing gear. Take note of the irony, dear readers. Muslim Troll would be apopleptic.)

Is the issue the idea that we are pandering to Western ideals, trying too hard to prove ourselves by the criteria of ‘them on the other side’? Perhaps. As a minority that is often publicly maligned, we have a tendency to be touchy. British Muslims have a field of paranoia surrounding them, unless they are extremely careful about transcending it.

But we’ve been so immersed in ‘their’ culture, and for so long, where can you honestly draw the line where ‘we’ end’ and ‘they’ begin’? Many of us have no other place to call home than Europe, or the States. In any case, Islam didn’t emerge into a void; names, habits, even acts of worship (such as circumnambulating the Ka’aba) were carried over from before, wherever they were deemed appropriate. This supposed gulf between West and East is absurd: if you go far enough around the globe you come out the other side.

If Islam is as inclusive and as tribal as we believe it to be, then being British or American, whether in heritage or culture, can be no barrier to belief.

If the worry is that women shouldn’t be filmed bouncing around on a screen, I can understand why people wouldn’t want to be captured personally and spliced into a video clip, and that out of respect for the privacy of women others might find it disagreeable that women should be shown on a website accessible to billions. But good golly, they’re hardly grinding the air in a leather bustier and thigh-high boots to the strains of some half-witted, semi-pornographic R’n’B tune. (Or shaking their tinselled butts to bellydancing music, for that matter.) Innocent, ebullient joy still exists; we need to be reminded of it before the skepticism sinks in too deep.

And innocent joy isn’t limited to certain groups of people. There is a lingering idea, I fear, that to be a ‘good’ Muslim one must look, speak, and behave a certain way, yet that gingerbread man shape seems to be shrinking all the time. Imam ‘Abdal-Latif Finch said something very powerful in a seminar he gave last summer: “Accepting Allah’s Will means accepting ourselves as we are.”

That doesn’t mean we don’t leave room for change, but it does mean recognising that this is our culture, this is our home, this is our vernacular. I feel that British Muslims have a pressing need to develop this sense of a home-grown Islamic identity, one that doesn’t require unrealistic expectations of piety or borrowing the trappings of foreign ‘Islams’.

What’s wrong with us incorporating elements of our home cultures into our identities? Trying to squash yourself into a hopelessly ambitious mould of foreign-looking piety is a pretty sure guarantee of making yourselves feel like a failure, and might just end up with a massive, plate-smashing, snot-flying breakdown. Not very spiritual, unless you consider it a ‘breakthrough’.

I suspect that part of the objection that some people have to the Happy British Muslims video is that it expresseses an aesthetic that doesn’t meet their ideals for an Islamic nation, rather than being a serious query of the piety of those involved. Sheikh ‘Abdal-Hakim Murad was in it, for goodness’ sake. If that doesn’t give it the seal of approval I don’t know what does.

“Abundance of worldly wealth is not happiness; real happiness lies in contentment of heart and a care-free nature.”

(Hadith from the collection Sahih Muslim)

“The most beloved of religions according to Allah the Most High is the ‘easy, flexible religion.’”

(Hadith from the collections Ahmad and Hasan)

“The best of all deeds is that you bring happiness to your Muslim brother, pay off his debt or feed him bread.”

“O mankind, there has to come to you instruction from your Lord and healing for what is in the breasts and guidance and mercy for the believers. Say, ‘In the bounty of Allah and in His mercy – in that let them rejoice; it is better than what they accumulate.’”

So here goes…I’m HAPPY for the blessings of my children, my family, my husband, my friends…for the homes and jobs and projects that have fallen and continue to fall miraculously into my life, dispelling my fears and neurosis about provision and confirming the Divine statement “I am in the opinion of my slave”.

I’m HAPPY for all the flowers and leaves and healing materials that grow so bountifully within reach, for the needs that are met almost before they’ve been articulated, for the abundance that comes purely out of knowing from what Source they are emanating.

I’m HAPPY for the opportunities to learn that come with every challenge, for how beautifully choreographed they are, for how the discomfort lessens as the lesson behind it is revealed.

I’m so blimmin’ HAPPY these days I don’t know how I haven’t made a Happy video myself.

Tell me what makes you happy, too!

Medina Tenour Whiteman is a writer and musician who blogs at Cavemum.com, where this article first appeared. Her essay Married to a Shi'a appears in the Sects issue of Critical Muslim