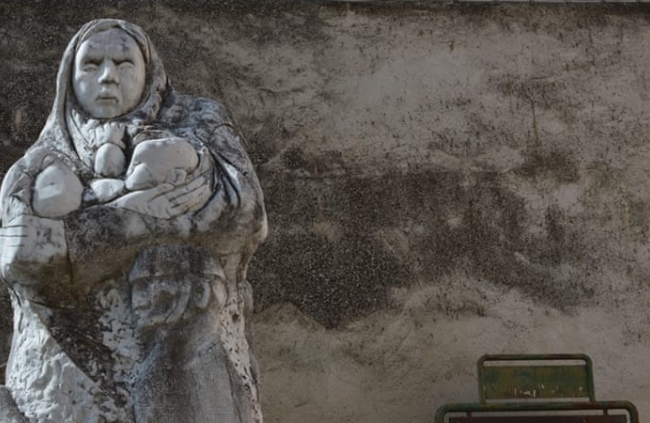 I have always thought that the European Union is a rather extraordinary concept. Courageous and probably necessary, but wholly devoid of any real practical base, except for the fact that its countries are all geographically enclosed in what is called Europe, which is supposed to be a continent. Almost all countries traditionally included in the European Continent are now members of the European Union (the UK is in the process of leaving), where they are slowly but necessarily blending laws, education, commercial rules, communications and much more. Most of them even have a common currency. This is happening in spite of the fact that one of the main common characteristics of all these countries is their extreme lack of similitude.

The difference in the physical, cultural and historical background of its peoples is marked by generalisations that are never without exceptions but bear some semblance of truth. The Northern people are traditionally considered more restrained, lawful and rational, while the southern folk have a fame for passionate, extrovert and dare I say unruly souls?

The last, but relatively short, period of one hundred or so years of economic and financial supremacy of northern European countries such as Germany, France, Holland and the UK have somewhat changed the cultural and even physical characteristics of the South. But the differences are discernable, especially when they invest basic, ingrained social behaviour.

It is strange to notice how, in spite of this, the EU countries are treated collectively as of one mould. This is evident, and often difficult to put in practice, in the economic, industrial and commercial areas within the EU. In this environment each individual country, with centuries of different experiences and geographical situations are considered as if their history almost started at the moment of their integration within the European club. Apart from some appreciative lip service to the unique characteristics of the splendid culture and past achievements of each country, it is taken for granted that all by definition have a common outlook.

This is because it is assumed that each society of the 28 member countries ultimately desires to achieve the same type of lifestyle, achievements, and generally the level of economic and cultural status and social guidelines which have supposedly been reached and are being promoted for the last 100 years by a handful of countries such as the UK, Holland and Germany, following the lead of the United States.

It is time to realise, by all involved, that this is a misleading and ultimately illusory and damaging concept: each European country has its own distinct and successful characteristics and parameters, which have evolved during its history. And the ways in which each country has developed differently has been determined by its geographical and historical environment. It is also important to note that each country is by no means homogenous, but for the sake of argument there are social mores and cultural norms that generally permeate through communities.

Italy is no exception. It is famous for its beautiful landscape and cities, for its art, for its pizza and tiramisu and pasta and much more. And for its people. Italians are often seen as boisterous, laid-back, quick-witted, outgoing, dark, handsome, beautiful, romantic. In a word, they are different.

It can be summed up that Italians (and let us stick to the cliché above, for simplicity, although there are very many different types of Italians, due to the many different geographical and historical environments present in Italy) have developed under the sun. The sun has allowed them to live life in a way that differs from the experiences of northern people: with less rain, less cold, hot summers they have developed an existence based more on the outdoors. They live in a land which is generally fertile. Much of the land mass ensures access to the sea, where they can more easily take advantage of its many bounties.

Italians have never been a people of warriors after the Roman times. They have shown courage and resilience and determination on many occasions, but have never loved war. They have always travelled and known the outside world, and have also since time immemorial been subjected to invasions from distant foreigners – Greeks, Huns, Lombard, French, Spanish, Germans – all of which have regularly resulted in subjugation, plunder, enslavement, and generally lack of liberty, which has ingrained in them a resigned patience and also an understanding that there can be people who are different. They have imbued much of their invaders’ customs, without much influencing their personality.

Italians love beauty – a sentiment probably inherited from the ancient Greeks – and enjoy living in surroundings which are pleasant and welcoming, and in leading a life as pleasurable as possible. They will be excellent workers when necessary but they do not live for work.

Due to a very long, 3000 year, history of city dwelling, this is a definition which can supersede the classic term “civilisation”. Since well before roman times Italians have lived in agglomerations, which have developed a capacity to live together in spite of obvious draw-backs, and has allowed them to forge living systems which have encouraged the development of laws, tools, common spaces and services.

All these characteristics, common to some extent in the geographically benign environment of the Mediterranean Sea, have nurtured a lifestyle which has been called the “Mediterranean Culture”, encompassing all the peoples living on its shores: Greek, Persian, Arabic, North African, Spanish, French. But it should be kept in mind that the true definition of these cultures should be: “all the Italians, Greek, Turkish, Arabic, North African, Spanish, French living on the portion of their country which is close to its shores”. There are large proportions of people in Spain, France, Turkey, and Italy, who do not live close to the Mediterranean and who in fact have subcultures which are substantially different. These common features (it would take a book to describe them properly), acquired over millennia, would have been much more obvious in the past, when similarity of lifestyles was more marked because local climate and environmental characteristics were so very pivotal. In today’s world the industrial development of the North has lured the European Southern countries to imitate their lifestyle and ambitions, while the non-European areas of the lower Mediterranean have been excluded from this influence.

And yet the most southern corners of European countries such as Portugal, Spain, Italy, Greece have resisted this powerful trend and have continued to preserve a ‘different’, even separate, way of life. In spite of massive investment, the South of Italy has been mostly impervious to the inducements of its Northern half to join the brave new world of progress. With the very notable exception of cars and mobile phones.

There has been during this long period a constant communication line between the cultures around this sea. This was almost totally interrupted since the early 1600s when the Ottoman Empire was halted at Vienna, but it is now experiencing a considerable resurgence following the end of the colonisation of its southern shores by Europeans, and the important events that have developed in the Middle East as well as further afield following the ongoing globalisation and communications revolution.

On the other hand, lately Mediterranean countries like Italy have begun to feel the cultural gap which has always existed with the North; the strong work ethic and cultural arrogance are starting to grate somewhat on the feelings of the Southern Mediterraneans, who perhaps regard themselves as having now reached a level of sufficient economic independence. There is a new recognition of the values of a different way of life, accompanied by the acknowledgement that it is practically impossible to extend the life-principles inherent in Northern culture to these distant and different realities.

Italy has had a long historical relationship with Islam. Ever since it was revealed, Islam has been a constant presence in Italy. Alongside trade routes, Islamic expeditions have plundered the coasts of Italy for generations in southern shores but merchants and pirates have also left an imprint on the populations they came in contact with. Sicily was occupied and ruled by Muslim Sultans from 827 to 1061 AD, turning Palermo into a capital city which was “the envy of Baghdad”. Less than a hundred years later the Holy Roman Emperor Frederick II, ruling in the 12th century grew up among Arabs in Palermo, and became a friend of the Muslim ruler of Jerusalem and had a bodyguard of Muslim cavalry archers. For centuries the Venetian and Genoese merchants kept a close relationship with the Muslim world, conducting a brisk trade from their commercial establishments spread along the South Mediterranean, in spite of the recurrent Crusades encouraged by the Popes.

After centuries of isolation refugees started arriving in Sicily. Italy has received almost one million refugees from many Middle Eastern Countries, Africa and Afghanistan, of which around 1/3 are Muslims, on its shores since 2011. It’s attitude towards these refugees, which have been landing in one of the poorest regions of Italy, has been striking in its brotherly acceptance and friendship. Of course this is not without exception but the generosity of spirit must be acknowledged. There are at least three cemeteries for Muslim and other refugees who didn’t make it in Southern Italy. The best known one is in Tarsia - Calabria – where a disused fascist concentration camp has been dedicated to refugees who died at sea. An poignant monument of a woman carrying a dead child has been placed nearby (picture).

Half of Italy belongs to the South. The other half (with a mid-way in between)  has a more Northern personality, with work ethic, industries, money, and it is they who are credited with developing Italy into the fourth largest economy in Europe. The South, however, poor and struggling to give jobs to its children is the heart of Italy, where life is closer to nature and to a possibly better, more humane lifestyle. The two Italy’s, blended together, might perhaps sometime in the future be a model for a new set of aspirations in life.