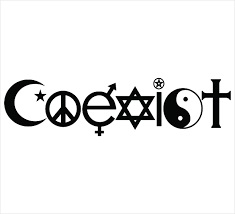 Being a ‘Muslim’ is not a privilege extended exclusively to the Arabs or Arabic speaking people. It’s the refuge of the pious; as already practiced by people of the Jewish, Christian and Islamic faiths:
‘Verily, those who believe and those who are Jews and Christians, and Sabians, whoever believes in Allah and the Last Day and does righteous good deeds shall have their reward with their Lord, on them shall be no fear, nor shall they grieve’ (Quran 2:62).

All Abrahamic faiths proximate toward a similar structure in terms of their beliefs and practices. An observant ‘Muslim’ should, therefore, feel no antipathy toward any in the Abrahamic faiths:
‘And were it not for Allah restraining mankind through the act of some opposing others, pulled down would be monasteries, churches, synagogues and mosques wherein the name of Allah is mentioned in great profusion’ (Quran 22:40).

Isn’t it time we Muslims studied the Quran and reflected upon its teachings so as not to rely entirely on what our ‘Mullahs’ preach to us.

Husein Moloobhoy is the Director of Islamic Thought Research Initiative and a Fellow of the Muslim Institute. This blog is the second in a series of weekly blog posts.