To 'Post-Islamism'? Between Piety and Liberty 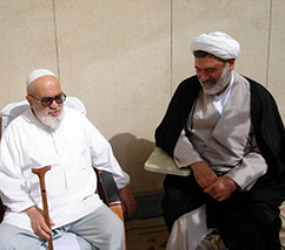 Religious re-awakenings are wont to lend themselves to new political imaginations. Contemporary Muslims have been influenced, whether consciously or unconsciously, by the great debates of our age. Nationalism, communism and capitalism, among other ideologies, imprinted the writings and thinking of those arguing for a greater role of Islam in politics. Grand narratives continue to grip the convictions and ideals of Muslims in the opening decades of the twenty-first century throughout the world. Islamism is one just expression, itself diverse, of a complex imaginative universe binding Muslims together and with others. At this current and crucial crossroad, the dawning phenomenon of a ‘post-Islamism’ can be argued to have appeared on the horizon. Paying attention to the affixing of ‘post’ to ‘Islamism’, through the work of Asef Bayat, a noted Iranian sociologist, we notice the changing mood and beliefs of Islamists, a significant number of whom have abandoned a state-centric ideology, toward Islam less as a narrowly-defined piety and more as a broadly-conceived liberty.

Faith and activism are integrated and animate a discourse of rights in a radical rethinking of the meaning of Islam (and more specifically Islamism) in life. Global manifestations involving an Islamic repertoire reflect local contexts and struggles encompassing Muslims as minorities or majorities dwelling within secular or religious polities. During the initial stages of the Arab Spring, described to be a civic Islamism in the making, revolutionary politics in Egypt and Tunisia shifted the language of Islamists from the moral economy to discussions on the civil state propped up by the potential of inclusive politics. One major challenge unites the wildly diverse experiences of Muslims: the relationship with the state in light of the actual or potential abuses of power using the pretext of security trumping human rights. Thus, advocates of ‘post-Islamism’ have sought to empower individuals contrary to the culture of absolutism in politics from Iran to Malaysia to Egypt. Islam is not understood merely in pious exhortations but to be an audacious cultural resource for the liberation of individuals.

“Thou Art Not a Guardian over Them”: Demystifying the Islamic State

Asef Bayat’s concept of post-Islamism is best understood in light of the Iranian experience in recent years signalling a shift from Islamism to a new and less ideological conception of Islam. Potent critics of the post-revolutionary political order in Iran have emerged from within the hawza, the Shi’i seminary system, resolved to demystifying the Islamic state. Turbaned intellectuals such as Mohsen Kadivar and Mohamed Shabestari have combined religious authority and an iconoclastic language of politics. Religion is not a handmaiden to ideology or vice-versa. A humanism is proposed that does not privilege a collective entity, either the state or society. Kadivar, a visiting professor in the USA, who studied under Grand Ayatollah Hussein Ali Montazeri, one of Grand Ayatollah Ruhollah Khomeini’s closest followers, in the religious city of Qom has produced a robust critique of the Islamic state. The demystification of the state, specifically Khomeini’s Wilayat al-Faqih (Governance of the Jurist), is ultimately a human conception, one of many, in a world of ongoing interpretations of the Islamic sources. Any semblance of exclusive sacredness is denuded from all readings of Islam. The individual is recognised to be a rights-bearing subject reproducing the liberal conception of the citizen in the West. A concerted attempt on the part of Kadivar is observed by Yasuyuki Matsunaga that acknowledges the Islamic conception compatibility of human rights with Islam rather than the formulation of a specifically Islamic conception of human rights.

Dismantling authoritarian readings of Islam with a concomitant effect in the political realm is construed to be act of liberation. On the controversial matter of apostasy from Islam, Kadivar has argued in no uncertain terms that a genuine belief in Islam (or any other religion) requires freedom to believe and disbelieve. Otherwise, the choice given to human beings, expressed in the verse that “There is no compulsion in religion” of surah al-Baqara, is an empty one.  The will to believe acquires full force against the backdrop of the Qur’anic imperative of the freedom of religion and belief. The Prophet Muhammad receives the authority to preach Islam to spread the message of justice rather than coerce people to become Muslims: he is told by God “Thou art not a guardian over them”. Further, Pharaoh’s use of violence, namely execution, to punish those who apostatised against his religion elucidated in the Qur’an contradicts the divine text’s espousal of the freedom of religion so justly embodied in the prophets Noah and Shuyab. Divine judgement is reserved only for God.

‘Reformasi!’ in a Multiracial Society: Elections with Democracy

Animated calls for reform in Malaysia are being led by a former Islamist student activist and government minister. Anwar Ibrahim can perhaps be counted to be among one of the most committed politicians to a genuine democratic awakening in the Muslim world. His coalition movement of the Pakatan Rakyat (People’s Pact) has put the ruling party, the Barisan Nasional, on the back foot. Bridge-building among Malaysia’s various ethnic and religious groups is a key thread for Ibrahim’s mobilisation of civil society. Despite being in and out of prison, on what are largely considered to be politically-motivated charges, Anwar Ibrahim and this movement, including his Parti Keadilan Rakyat (People’s Justice Party), have had a tremendous democratising impact on Malaysia’s political scene. Reformasi is loudly proclaimed at rallies of the Parti Keadilan Rakyat. Democratic opposition has also been championed by Ibrahim’s daughter, Nurul Izzah Anwar, a party leader and legislator whose ardent activism has earned her the anger of the government.

The newly revised British colonial-era Sedition Act characterised by a larger mandate supplemented by increased custodial sentencing was used to arrest Nurul Izzah for comments made against the judiciary and her father’s conviction. Recourse to the symbol of the Islamic state to combat the state’s tightening grip on civil liberties and its own brand of Islam is absent. Constitutionalism and the rule of law are invoked for the purpose of defending the rights of individuals and groups challenging a recognised and palpable authoritarianism. Malay nationalism is problematised in an outpouring of democratic verve. Universal rights rather than the populism of a specific identity for Ibrahim dominate the advocacy of reformasi whether in the confines of a prison cell or lawan tetap lawan (the fight continues!) on a stage in front of his supporters.

A Critical Muslim Future after the Revolution

Iran’s Islamic revolution had a far-reaching impact on politically active Muslims within and without the Middle East. Revolution brought to power an Islamic regime on the back of the mass mobilisation of citizens in Iran after a referendum on the constitution and Khomeini’s Wilayat al-Faqih. An Islamic equivalent to Plato’s ‘philosopher-king’ emboldened many Islamists. The Muslim Institute founded in London a few years prior to the sudden events gripping Iran experienced an ideological shift towards Islamism à la Khomeini under the late Kalim Siddiqui and Ghayasuddin Siddiqui. Countless books and articles were written propagating and elaborating the Islamic revolution. Kalim Siddiqui could be said to have been a major ideologue of Islamism rooted in the radical seizure of power and the establishment of an Islamic state. A post-Islamist chapter, mirroring Iran’s own experience, of the Muslim Institute’s career was introduced in the late 2000s by Ghayasuddin Siddiqui, its then director, in a progressively unfolding process.

A vibrant conversation on being Muslim in a non-Muslim society is engendered by the Muslim Institute through its various forums. The quarterly Critical Muslim, edited by Ziauddin Sardar, has provided an alternative space for a pluralism of voices to discuss Islamic and not-so-Islamic issues. New questions on the future of Islam are broached alongside the celebration of the renowned historic symbol of Islamic rationalism in the Annual Ibn Rushd Lecture. Orthodox religious concerns make way for a broader cultural and intellectual reference proposing a critical Muslim future. Invited speakers ranging from Oliver Leaman to Abdullahi An-Na’im continue to participate in shaping the Muslim Institute’s identity as a critical space for Muslims and non-Muslims in their interactions with each other. Historicity and pluralism are self-consciously recognised to be central facets in understanding Islam and Islamic knowledge.

The Metaphor of the Soul of Islam

A conflict is taking place over the soul of Islam not on battlefields as such but on the pages of books and among individuals in societies consisting of a deeply spiritual encounter with the self and the other that negates the role of intermediaries who attempt to speak on behalf of God. The written word is itself subject to attack. In a paradox of sorts, the substitution of scholarly learning by pseudo-clerical authority is inspired by contrived narratives of a clash of civilisation or a global conspiracy against Islam and Muslims. A distorted form of anti-colonialism present in the emergence of ISIL or Daesh in the Middle East has subverted Islam’s religious and moral contents. The authority of the Islamic sacred texts has been bypassed. Inadvertently, learned knowledge of the Islamic heritage is also violently dismissed. Identity politics appears to have experienced renewed strength while at the same time post-Islamist commotions seek to go beyond the narrow confines of ideology. One consequence of the former has been the pushback against the quasi-democratic relationship in Islam between God and each individual human being advocated by the latter. A variety of institutions within Muslim communities continue to constantly police the beliefs, thoughts and actions of Muslims on the pretext of ‘correct piety’, with the impending threat of excommunication if they are found wanting.

Only the demystification of religious authority can properly lead to the cultivation of genuine belief in Islam without fear and hypocrisy. Post-Islamist rumblings have initiated new forms of religious authority sharply attuned to the human rights of Muslims and non-Muslims in the latest phase of a rapid and deepening globalisation. Movements, thinkers and writers participate in societies wherein the abuses wrought by the state, secular or religious, against citizenship are real and looming. Islamic piety can very well feed the wellsprings of liberty, if given the opportunity, contained in the writings and activities of Muslims, scholarly or lay. Problematising texts, sacred and interpretative, and problematising the nation, the spectres of patriotism and jingoism, are supplementary to the reform of a forward-looking Islamic imaginary. Violence in religion and politics needs to be critiqued drawing upon the spiritual and moral resources of Islam in a creative method. Inter-sectarian relations, not only between Sunni and Shia, also require further attention in exemplary and public acts of bridge-building. Creative opportunities exist for the cross-pollination of ideas among Muslim writers, scholars and organisations in transnational linkages. The Muslim Institute is part of a wider global trend, yet also peculiarly British, which reflects dynamic new readings of Islam in response to its social, political and cultural background. Further institution-building oriented towards enquiry and education, not in a strictly schooling sense, located in informal and formal networks among Muslims and non-Muslims can better realise a shared ethos of humanism.

Mohammed Moussa has been awarded his doctorate on renewal in the Islamic tradition at the University of Exeter, Exeter and this summer will commence a postdoctoral research fellowship at Tokyo University of Foreign Studies. He is a Muslim Institute Fellow. One of his chief interests, among many, is the Arabo-Islamic heritage as part of a broader and richer experiment called humanity.