Fight in the Cause of Allah - A Revalation

‘Verily, Allah has purchased from the believers their selves and wealth; for that, theirs shall be Paradise. They fight in the Cause of Allah, killing and being killed – a promise on His part in truth, in the Torah and the Gospel and the Quran.’ 9:111

It is my understanding that the edict to ‘Fight in the Cause of Allah’ is specific to ‘Al-Ardh Al-Muqaddasah/The Sacred Land’ and ‘Al-Bait Al-Haram/The Sacred House’ and is sanctioned only in the presence of a Prophet: 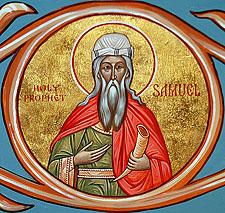 We are informed in the Quran that the destruction of the disbelievers at the time of Prophets Noah, Lot, Hud, Saleh and Shuaib was an act of divine retribution. We are also informed in the Quran that Prophets Noah, Abraham, Lot, Moses, Jesus and Muhammad were among those Prophets who were the recipients of Scripture. However, according to 9:111 the proclamation to ‘Fight in the Cause of Allah’ is inscribed only in the Torah as revealed to Moses, the Gospel as revealed to Jesus and the Quran as revealed to Muhammad. The transition from divine retribution to ‘Fight in the Cause of Allah’ is evidenced at the time of Prophet Moses:

Pharaoh and his people having been drowned Prophet Moses chaperoned the Israelites to ‘The Sacred Land’ where he delivered a clarion call to ‘Fight in the Cause of Allah’:

‘O my people! Enter the Sacred Land which Allah ordained for you and do not retreat’ ‘O Musa! Surely therein are a people of overwhelming power’ 5:21/22

It is my understanding that ‘Allah’, ‘Yod Heh Vav Heh’ or ‘One God’ authorised the Israelites to ‘Fight in the Cause of Allah’ the heathen who occupied ‘The Sacred Land’ and claim what was rightfully theirs to inhabit and for posterity.

The following verse in the Quran which references ‘Fight in the Cause of Allah’ at the time of Prophet Muhammad validates the transition from divine retribution:

‘And if Allah willed He could exact retribution on them; but in order to test some of you by others’ 47:4

The Quran delineates unambiguously the remit of Prophet Muhammad to ‘The Sacred House’:

‘And this is a blessed Book We have sent down confirming what came before it so that you may warn the Mother of Towns and those around it’ 6:92
‘Allah has made the Kabah, the Sacred House, a fulcrum for mankind’ 5:97

The situation that confronted Prophet Muhammad was quite similar to that of Prophet Samuel in that the Muslims like the Israelites were persecuted from their homes and were asked to ‘Fight in the Cause of Allah’.

At the time of Prophet Muhammad:
‘So those who emigrated and were expelled from their homes, and were persecuted in My Cause, and fought and were killed’ 3:195

At the time of Prophet Samuel:
They (Israelites) said: “And why we fight not in the Cause of Allah when certainly expelled are we from our homes and our children?” 2:246

It is my understanding that the edict to ‘Fight in the Cause of Allah’ is applicable only in the presence of a Prophet. There appears to be a predilection in the people amongst whom a Prophet is appointed to split into two distinct groups:

‘Mankind was a single community then Allah sent Prophets with glad tidings and as warners; and He sent down with them the Book with truth to judge betwixt people in matters wherein they differed’ 2:213

It is imperative we acknowledge that it is the prerogative of the ‘One God’ only to sanction ‘Fight in the Cause of Allah’:

‘Verily, your Lord! He knows who strays from His path and He knows the rightly guided.’ 6:117
‘O Prophet! Urge the believers to the fight’ 8:65

However, the Quran does recognise the evolving disposition of man’s intellect and the consequent complexity of the communities he populates:

‘Then We bequeathed the Book to those We chose of Our servants. Of them some who wrong their own selves and of them some who adopt a middle course; and of them some who excel in good deeds by Allah’s permission’ 35:32
‘Allah is He Who has subjected to you what is in the heavens and what is on earth; gathered from Him. Verily, therein are signs for people who reflect.’ 45:13

There are verses in the Quran that are predicated on a specific location and/or to a specific Prophet and verses that can be interpreted in a contemporary context for general application. The Holy Scriptures as revealed to Moses in the Torah, David in the Psalms, Jesus in the Gospels and Muhammad in the Quran reflect and conform to the natural laws manifest in all of creation. Only an ‘Omniscient’ ‘One God’ could ensure that His revelations to the Prophets were relevant to the human condition in this given construct; not in some improbable utopia.

Husein Moloobhoy is the Director of Islamic Thought Research Initiative and a Fellow of the Muslim Institute. This blog is the third in a series of weekly blog posts.