We need Islam; Islam is moving. Notes from a European fellow-traveller 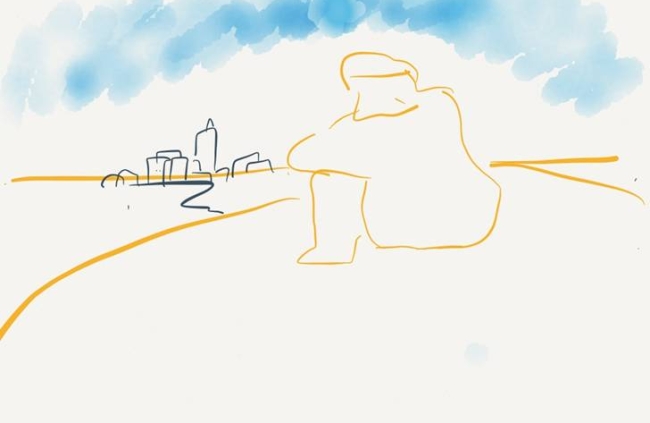 The theme of the conference "Towards a Secular Islamic State" which the Muslim Institute held late last year is, for me as a European, a particularly interesting one, since it originates and is promoted, in my opinion, from the cultural basis of Muslims who live in the west and are integrated in Western society.

There appears to be, among Muslims living in Western countries a growing sense of the notion of belonging to a category of Western Muslims. In the wake of the massive migrations which are taking place from South to North since the end of World War II, well over 10 million Muslims of Asian, Middle Eastern and African descent now find themselves residing in European countries or in the United States, and by now a large number are second or third generation immigrants. Many have carved themselves successful positions in society, and feel fully integrated, if at times discriminated against. But even the vast majority of those who are struggling and find it difficult to adapt take advantage and accept the West as their home and few would choose to go back to a life from which they have escaped or of which they know little.

In direct contrast to the prejudiced and blinkered attitude of too many white Europeans and their media, for whom the only Muslims they see are extreme fanatics who would like to blow the West apart and install a Muslim caliphate based on stoning and burqas, and for some of whom the only good Muslim is probably a dead Muslim, Muslims today living in the West accept the ways of the West and its comparatively high living standard, especially as one of its principles is the right of all to live according to their own culture and religion, in spite of the fact that both are often illusory.

Although many, probably the majority, of Muslims living in the West have regular contacts with family members in the countries of origin, and in fact most support members of their extended families economically, they strongly feel the difference in their lifestyles, and many are proud to belong and to contribute to a way of life that has given them and their children a greater opportunity that they felt they would have in their original home.

This it seems to me is bringing about a new way of thinking of themselves by many Muslims living in the West. And the London-based Muslim Institute with its on-going campaign of clarification of what it is to be a Muslim today, in a world which is being overrun, for better or for worse, by the culture of the West is one manifestation of this phenomenon. What the Muslims who are working in this direction are aiming at is not a process of Westernisation, but on the contrary a process of development in the understanding of where Islamic societies around the world are placed today, and a drive towards emancipation from interpretations of the Qur’an which are obsolete, as well as what can perhaps be generally termed as a sense of justice within society and governments in line with today’s needs. A sense of justice, it must immediately be added, which is far from being fully implemented in the most forwards-looking of Western societies.

To be able to navigate in this multi-faceted West today, difficult and often confusing enough for someone who has breathed its air from the beginning of their life and whose genes have been for generations integrated with its makeup, can I would have thought, be baffling, irritating and sometimes almost impossible, and unacceptable, to a Muslim.

Similarly it can be almost impossible to implement the teachings of the Qur’an, as it is usually interpreted today, within a society with Western laws and principles. But to anyone who has acquired even a superficial knowledge and confidence with what the Qur’an states there are no real differences between the two outlooks. The differences are on one side the layers of interpretation of the Qur’an on the part of Muslim scholars over the centuries, and on the other the layers of interpretation of Western thinkers and theologians over the principles laid out by Christ. What to me is particularly interesting and encouraging is that progressive Muslims are now embarking on the route to ask themselves what can be improved in the interpretation of the Qur’anic principles and how to clarify the Islamic approach to the modern world. The West should take note. And Muslims should be more proactive in making sure the West does take note.

There has been far too little interaction between Islam and the West in recent years. Before 9/11, when I first became interested in Islam, its ethics, its life-principles and its legacy to Western civilisation, Islam was variously viewed, but with marginal amount of interest, as a medieval anomaly or as an inspiring source of uplifting tales from a faraway land. The onset of  militant Islamic splinter groups culminating in 9/11 and the consequent revengeful War on Terror unleashed by the Americans has on the one hand  heightened the profile and generated distrust and an irrational animosity, but on the other has determined a sharp increase of interest in Islam and what it stands for and how it is developing. It has also encouraged a sharp increase in the move of individuals towards that faith, or at least a hardening and a consolidation of existing beliefs. But each side has largely rested its case and retired behind its reciprocal set of prejudices and rigidity which make up their comfort blankets.

This is where the new approach of organisations like the Muslim Institute and the many other groups and individuals that are now promoting an analysis and a renewal of the islamic culture can be so precious. They are taking upon themselves the task of self-search and appear to want to bring Islam into the 21st century, not by modifying the basic tenets of the Qur'anic principles but by re-affirming them.

The next step, in my opinion as a lay European who feels close to Islam, is to turn this transformation from an internal search into an affirmation of the wonderful qualities of Islam towards the Western world and offer it as an example to be inspired by. The time is ripe for the birth and the development of a new outlook that better defines society, the globalised society we all now are part of. Islam has all the qualities to be a major source of inspiration towards this goal.

In spite of the strong growth of some economies which have been experiencing the initial benefits of capitalism and adopted to a greater or lesser degree the American lifestyle, which has meant that countries such as China, Malaysia, India, Brazil, which were called developing’ can now be described as ‘developed’, the limits of capitalism are becoming apparent in those areas where it has developed most. The capitalist system, based on the principle of allowing the ‘markets’ to regulate themselves, dictates that freedom must be allowed for societies to be able to develop and increase the wealth of society as a whole: capitalism does this very well, which is why it is so popular and its sister principle, the government by democracy, is such a winning proposition throughout the world at present.

But capitalism has two serious flaws: it does not distribute its riches equally; and it assumes a dedication to making money which is directly related to the amount of success you obtain in life. Both these factors imply that if one person is successful another must necessarily be less so. For it is being increasingly proven that it is not possible to advance in a capitalist society without stepping on someone else’s toes. It’s a fact of life. It has always been so since human societies have begun to be so populous that room for expansion beyond the territories of neighbours has become difficult if not impossible. Capitalism is the human, legalised embodiment of the principle in nature of the survival of the fittest, where “the fittest” is no longer the one who can best provide for his own personal needs (and those of his immediate companions), but the one who has accumulated the most value in a system which has developed a surplus of goods.

In this environment all religion, which by definition preaches brotherhood, goodness, restraint, honesty, respect, is put at a disadvantage, since to function properly capitalism requires egotism, disregard for feelings, working to the limits of legality, greed, disregard for others’ wishes.

In the West Christianity, which has accompanied, encouraged and sustained all forms of capitalism which include wars, colonialism, exploitation, has lost much of its moral force, brought down by its contradictions and the pervasive materialism of capitalism. Lacking anything remotely able to instil into it moral principles, the West has become like a massive but unwieldy piece of ethical debris, without direction. It does not fall into chaos simply because the vast majority of humanity has innate principles of fairness and honesty and human compassion. Humans instinctively know what is right. Society then forces them to abandon their instincts and follow the rules which allow the “system” as a whole to function.

Islam inspires a coherent set of principles on which to base one’s behaviour in life which can transform the Western rat-race and fundamentally amoral attitude into a more caring, humane, and non-aggressive lifestyle. It is time that this wealth of thinking, currently shared by almost two billion people on the planet be made aware to the west, and contrast its irresponsible demonization by many Western governments following the actions of a minute fringe of terrorist activists acting in uncontrolled frustration at the encroachment of American lifestyles and power.

Brandino Machiavelli is a retired documentary filmmaker who now works in business development consultancy. He is a Fellow of the Muslim Institute.