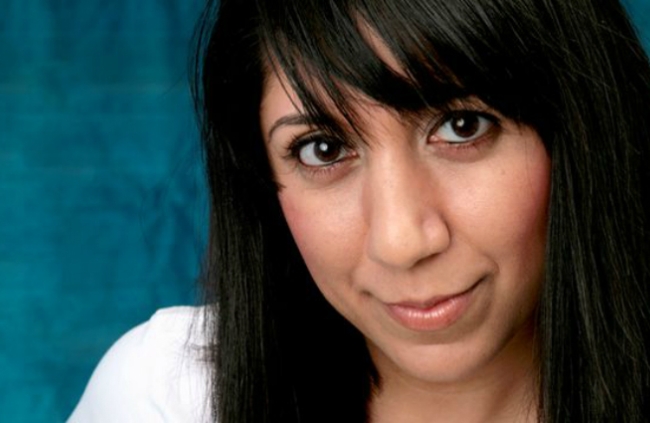 I never saw 'comedian' on the career options alongside 'lawyer', 'doctor' and 'accountant' when I was at school, at least not the options my parents put in front of me.

Any comic, regardless of their ethnicity or culture, will tell you that their family probably ran screaming when they said they wanted to try and make a living out of being funny, but for Asian parents hell bent on making sure their children get the 'right' job, comedy is no laughing matter.

While an increasing number of young British Asians chose to go into media and entertainment careers now, we are still fairly invisible in stand up comedy, as I discovered for a programme I made for BBC Radio 4. The lack of brown faces in theatre and comedy has always surprised me; concerns of getting a 'proper' career aside, most Asian cultures have a rich tradition of storytelling, the backbone of a lot of comedy.

But I'd be flippant to ignore the fact that many Muslims have concerns about the content of comedy and whether it's 'right' to perform it. True, there are comedians who perform adult material, but there are also comics who do political satire, wordplay, musical comedy, physical clowning...in other words there is comedy to suit every taste.

It isn't just about the laughs; comedy can be a force for a good. As a trustee and performing member of MUJU, the Muslim-Jewish arts collective, I have seen first hand how comedy can bring communities together, start dialogue and explore perceptions. I'm also one half of a sketch duo, Asian Provocateurs, where together with my comedy partner Sajeela Kershi, I perform comedy sketches about everything from the media to the pointlessness of ethnic minority monitoring forms.

For the Muslim community, there is also another advantage; seeing Muslims perform comedy challenges the perception that the community is po-faced and with a culture far-removed from the mainstream. Of course high profile helps – a recent example is Imran Yusuf, a rising star on the circuit who was recently shortlisted for a best newcomer award at the Edinburgh Festival and recently did his first spot on the BBC's Michael McIntyre's Comedy Roadshow. As much of this years Edinburgh festival fell during Ramadan, he performed many of his one hundred and one gigs while fasting, something that was picked up by the media.

No one performer wants, or indeed should have to be, a representative for their ethnicity or religion, but it is often unavoidable. And when it comes to your material, critics, unsurprisingly, are hard to please; they will complain if you don't refer to your culture/religion/ethnicity just as much as they will complain if you base all your gags on your it. For most performers, their cultural background provides inspiration for their set and has an added bonus – a community's ability to laugh at itself shows its maturity and confidence.

The benefits are many but I'm not going to pretend that achieving success in the comedy world is easy. Success, however, starts with accepting that something is, well, acceptable. Seeing 'comedian' alongside lawyer, doctor or accountant on the parentally approved career options? Now that would be funny.

Yasmeen Khan is a broadcaster, performer and public relations consultant. To find out more visit www.yasmeenkhan.co.uk or follow her on www.twitter.com/yasmeenkhan1/