My 36 Hours at the 2014 Karachi Literature Festival 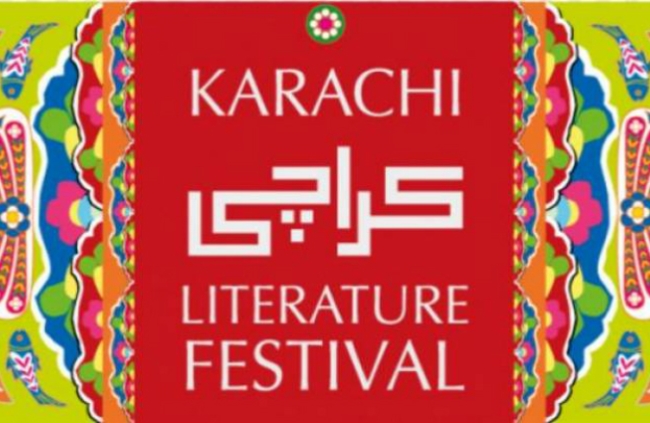 It is 6.00 am on Friday 7 February and I am on my way to London's Heathrow airport to attend the 5th Karachi Literature Festival. It's my first time at the festival, and five years since I was last in the city.

KLF was conceived jointly by the irrepressible Ameena Saiyid, who runs the Pakistan office of Oxford University Press, medic-turned novelist Asif Farrukhi, and the British Council. Now a multi-sponsor global event I’m hoping I’ll still get to experience some of its artisanal roots.

This year the historian Rajmohan Gandhi (the Mahatma's grandson), will join regulars Mohammed Hanif of Exploding Mangoes fame and Kamila Shamsie, headlining hundreds of writers, academics, artists and performers. Some 50,000 are expected to attend for readings, signings, film screenings, dance, theatre, workshops, puppet shows and lots of debate and argument.

A perception remains that it is the middle classes talking to themselves. In reality the three-day event is completely free. There is no prior registration, no wireless networking system, not even a spreadsheet in sight.

The event is held in one of Karachi's first seaside hotels, the Beach Luxury, built in 1948, and still going strong. OUP itself began publishing from Karachi in 1952 from a room in the nearby Metropole where the company's first representative W. F. Jeffrey would dine with Field Marshall Claude Auchinleck.

Auchinleck was commander of the remaining British forces in India and Pakistan. I discover these and other factoids in Sixty Years of Publishing in Pakistan, an illustrated book celebrating OUP's diamond jubilee.

7.00 am on Saturday 8 February. I land at Jinnah International airport where the morning's newspapers are dominated by three stories: stop-start ‘peace’ talks between the government and Taliban; coverage of the literature festival's opening day on the 7th, and the small matter of a city-wide strike which means there will be no public transport today.

While I feel completely safe, many festival-goers tell me that kidnappings and car-jackings are not uncommon. The army and the police seem incapable of dealing with the Taliban-inspired insurgency, nor do they know how to resolve Karachi's own longstanding civil war between different groups.

For the festival, no public transport means few punters and the organisers are looking a little nervous. They needn't have worried as by the afternoon, people are starting to stream in.

I head for the 'Sunflower Room' to chair an afternoon debate on the role of the state in education. Ordinarily, this would be a non-topic, except that here the condition of state schools is dire and school enrolment is half of what it should be. That said, an expanding (and demanding) middle class in a country of 180 million has opened the way for large chains of private schools, two of which are on the way to becoming multinationals.

The room is filling up as chairs are occupied. On the panel there are sharp, but good-natured exchanges between Faisal Mushtaq, chief executive of the 'Roots' network of independent schools, and Aasim Akhtar, a left-of-centre public intellectual who teaches at Quaid-i-Azam University in Islamabad.

Aasim, who blogs at Dawn.com, wants a reformed curriculum to be more inclusive and less "India-hating". Faisal, who quit a lucrative career in management consulting in the UK, says a priority for the state must be to make sure that every child gets to go to school. Both argue their case with passion. As does the audience and questions come in thick and fast. Aasim worries that the national curriculum has no room for critical thinking. It is a claim I often hear. And yet clearly today's audience is as engaged, argumentative and critical as any I have seen.

Final verdict: A draw, though Aasim gets the audience vote.

10am on Sunday 9 February and with the strike over, most sessions are standing-room only. Morning coffee is with Aleem Ahmed, editor in chief of the best-selling popular Urdu science monthly Global Science. Aleem asks if I could write for the 200th edition, due to appear in May, but I would much rather interview him.

Global Science is more than a magazine – it is on a mission to expose purveyors of dodgy science.

Two years ago, the mass media splashed with news of an inventor claiming to have built a car that can run on water. TV channels hailed him as some kind of miracle-maker and the prime minister formed a three-person committee including the minister for science and, yes, even the minister for religion to take the invention forward. Global Science deconstructed the story, and published commentary from experts showing how the claims couldn't be true.

Publishing is Aleem's family trade, though his heritage is rooted in publishing of a different kind. His grandfather founded Roohani (Spirituality) Digest. As the name suggests it is part of a genre of Urdu print publications inspired by

Talking of spirituality, I head for a session all about Sufism. Though when I find the room, it is full and one of the festival volunteers tries to force the door shut against an army pleading to let us in. He graciously relents and once inside I grab a vacant spot on the floor—all very sufi style!

The session is a conversation between environmentalist Masood Lohar, who runs the UN's Small Grants Programme, and the poet Sarwat Mohieddin. Sufism has long been central to this country's many constituent nations and Sarwat explains that national languages such as Punjabi and Sindhi have a richer tradition of Sufi literature, compared with Urdu.

I ask a question about the link between the leaders of some sufi networks and Pakistan's many feudal families, which development specialists say perpetuates rural poverty. In retrospect I think the question isn’t fair. For all its authoritarian problems, sufism has no truck with violence.

I share a quick biryani with the multi-talented Javed Jabbar, a former technology minister, one-time advertising executive, author, film-maker and campaigner for social and environmental causes.

Javed's greatest legacy is his short stint as communications chief at the dawn of the Musharraf government. He persuaded the general to rip up Pakistan's censorship rules, allowing hundreds of new media publishers to emerge in both print, broadcast and online.

Today's mediascape is raucous, irreverent, often angry and fiercely independent, unrecognisable from a decade ago. Javed quit after a year and we both agree that he could have stayed on a bit longer to take care of the regulatory side.

It is almost time to go as I am on the overnight flight back to London. The British Council's director for Sindh and Balochistan, Barbara Wickham, tells me that later this year the council’s much-missed city-centre library will reopen.

Javed and I mischievously joke that it will stock copies of The Secret Seven and Just William books. Barbara says it will be “a creative space and library” – subtly reminding us that English literature has come a long way since Richmal Crompton and Enid Blyton.

7.00pm on Sunday 9 February and security on the way to Karachi airport is tight with the usual roadblocks and police checks. Once inside the terminal building, bags are scanned three times before I get to the boarding gate and the metal in my specs keeps triggering body-scanners.

As we queue for yet another security check fellow passengers are mightily impressed at the lengths Pakistan will go to ensure our safety. Until one wag points to a large sign on the wall advertising the all-powerful Federal Investigation Agency. It reveals that the country's airports security organisation uses a hotmail account.

9.00 pm and there's just enough time for a final browse in one of my favourite airport shops. Karachi airport bookstore is well-stocked, eclectic and conveniently located next to the boarding gates.

My pick from its shelves (and from the festival launch titles) includes OUP's Pity of Partition, Tufts historian Ayesha Jalal's biography of Sadat Hasan Manto, the controversial giant of the 20th century Urdu short story; and Rajmohan Gandhi's 400-page Punjab: A History from the Mughals to Mountbatten.

But it’s late, and though adrenaline-filled, I am also sleep-deprived. That means only one thing: Hello! Pakistan awaits. At more than 100 pages, I think it should last me at least to Dubai.

Ehsan Masood is Editor of Research Fortnight and a member of the editorial board of Critical Muslim. Follow him on Twitter @EhsanMasood

Thanks to the British Council and OUP, co-publishers of Critical Muslim, for making this visit possible and a big thanks to Nasrin, Ahsan, Sarah, Shumaila, Amna, Zara, Sohaima, Muzaynah, Maier and Farrukh for moral support.