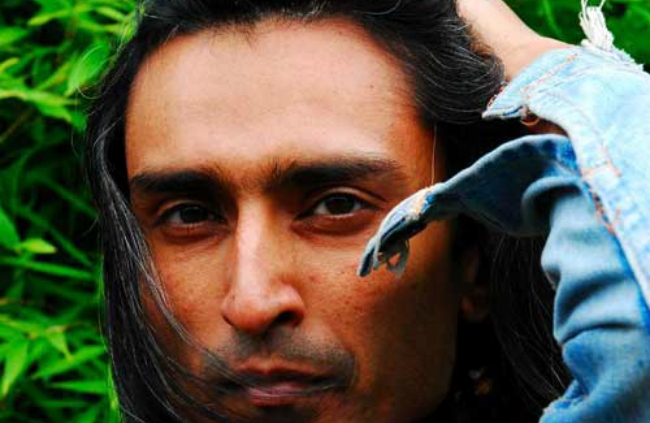 I’ve not been here that long and so much has happened it’s difficult to decide what I should focus on.

There’s just being in Lahore, which is crazy enough. Central Lahore, where I’m staying, is an imposition of centuries old and still fully functional buildings, streets and alleyways that spill straight out seamlessly into the cascading chaos of all things contemporary. The seemingly uncrossable street becomes crossable as soon as you dare step a foot out into it. In many ways therefore it’s a metaphysical city, bending all laws of time and space and instructed by sheer human will. Every human need can be met here with the fullest of force, from the finest foods for the body to the most divine fruits for the spirit. All that’s required, is to will it.

It’s in the midst of this city of potentials that I’m based, within one of the most blissfully creative environments I’ve ever known. The National College of Arts (NCA) is a vault-like-haven of inspiration with courtyards that invite imaginings and arches that endlessly stretch from it’s colonial past into a future that calls to be envisioned. Amongst red sand-stone bricks and flowers in the bloom of a Punjabi spring, I have the good fortune of attempting to create theatre.

An intimate institution of only a few hundred students, it clearly owes at least part of it’s allure to it’s visible commitment to diversity across class, as well as regional and ethnic groups. The cultural fabric of Pakistan is one of stretching multiplicity that ranges from the descendents of East African slaves and sailors on it’s southern coast by the Arabian sea, to descendents of Alexander the Great’s army towards it’s north and every other shade of beauty extended in between, most of whom are sought here as per quota, enriching these intimate campus grounds.

The NCA consists of a Music Department, Architecture, Design, Film & TV and Fine Art, all working to impressive aptitudes. Their active theatre culture is maintained through a variety of extra-curricular ‘societies’, which are lead, developed and inherited by students themselves. There are five I’m already aware of, of which three joined for Monday’s inaugural workshop.

The first workshop began at 5pm, at which time all students finish their classes. All three societies gathered their members together, while I introduced the project in an Urdu that kept pausing for breath. ‘From England’ I said, ‘a new company’ I said, ‘ a new form’. ‘Agitprop theatre…a 2 week programme of workshops…the youth of Pakistan…representing themselves, their country…their voice…your voice’. At an array of faces: some smirking, some bored, some just too cool but most warm and maybe even endearing (idealism is cute I suppose if nothing else). ‘For those interested, please come with me.’ I walked into the main courtyard without looking back and was pleased to see at least a trickle of people behind me when I did stop to look. Not everyone followed, though there was still a respectable number of sixteen participants.

Alif Adab have two directors, both with great leadership skills and their style of theatre seemed to reflect the development of imagination and character expression. The Mime Society are lead by a talented exponent of the art, as is the Nautanki Society, which represents a folk-style of South Asian theatre distinctive for it’s exaggerated expressions and it’s ability to hold attention; traditionally a popular mode of street theatre, though isn’t as yet used as such by the group themselves. All of these forms could possibly seem a little exaggerated to some western observers. Most things here simply are. These forms are more expressive than those in ‘The West’ because people here are more expressive than in the west. It’s not a style I’m used to working with myself, having worked mainly in the UK, though being of Pakistani heritage in part, I do understand and appreciate it. It certainly resonates somewhere.

From here on in, whilst in The Lahore Agitprop Theatre Workshops, all societies are to work as one contingent. Working together in this way isn’t without it’s challenges. As with any group of groups, there are of course inherent politics involved, though this will undoubtedly be part of the challenge and overcoming them will only, I hope, embed the ethos of this company with a deeper commitment.

I then lead a few ‘focus’ and ‘getting-to-know you’ games, before leading a particularly effective exercise, which highlighted the presence and consequences of differences within society. It was generously shared with me by Red Ladder Theatre Company’s Artistic Director, Rod Dixon, which I adapted for use in Pakistan with the of this project’s local coordinators, Fatima Hussein and Zahra Hussein:

The Race for Chocolate

When the participants were told to run, those at the back didn’t even bother, while those at the front literally scrambled, fought and snatched the bar of chocolate from each other’s grips. This chillingly relatable exercise of position and behaviour within society created a visible challenge within all participants. Being made aware of their inherent social advantages and disadvantages in this way gave way to a natural discussion that acknowledged their guilt and also their feelings of frustration. As an exercise, it also worked really well in grounding the participants towards the purpose of this company and also in interrogating the potential use for theatre as a device by which to promote understanding. The ‘winner’ chose to share his chocolate, which somehow had lost some of it’s sweetness to us all.

Day one went well enough. It created questioning and the society directors all expressed their willingness to participate, though only for two of the three hours each day, allowing them to maintain their own activities at the same time. This in itself was a compromise from what they originally suggested and although it doesn’t leave me with as much time as I feel I need, it’s the best option for now.

On the second day I engaged myself in a recruitment drive outside of the societies, by announcing the workshops amongst classes of first year students and others I met around the campus. Three people arrived at the 5 o’clock start time, with whom I began the workshop. The small number felt a little odd at first but just as we built up a tight little unit, approximately fifty others turned up from their societies, amongst whom were also the Anti-Mime and Puppetry society who I hadn’t even met yet and had arrived to review whether they desired future involvement. After a series of games and then exercises designed to aid the understanding of power and status, we went straight into creating small theatrical sketches. Inspired by ‘The Living Newspaper’ methods, I asked each group to take a newspaper article and create a short sketch to be shared with the rest of the group for feedback. The sketches were generally done well and in forms they’re already used to, while it was encouraged that critique be dispensed in a positive manner.

Today is another day. I feel the need to hone in now on a clear theme and the development of a story. The diversity of forms I’m working with excites me greatly, as does the institution I’m working with. I just met the most soul-shatteringly beautiful singer who may be involved once the play is up on it’s feet. It’s all just very exciting and I feel as though I can see so much. But one step at a time.

All suggestions, feedback and ideas, are welcome.

Avaes Mohammad is a playwright, poet, performer, research chemist and Muslim Institute Fellow. To read more about his adventures in Pakistan click here. You can also check out his work here. 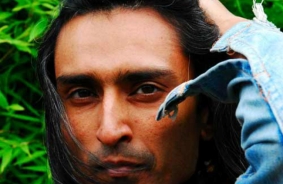