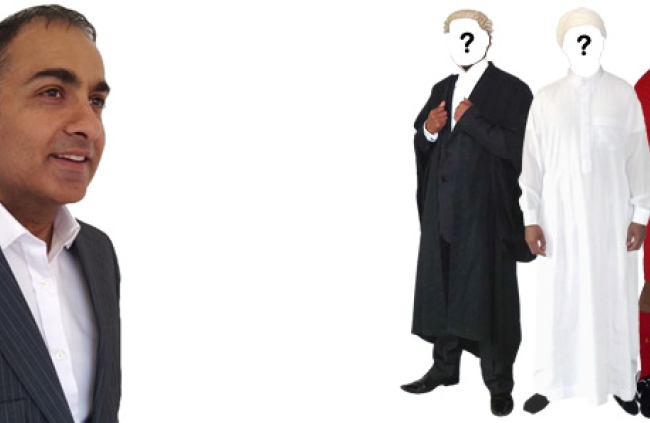 I had yet to find a book which contained references to Beverly Hills Cop as well as Islamic reform, or one that included Liverpool Football Club as well as the historic scientific achievements of Muslims. And although I was fairly sure that I could unearth an "Islamic" tome that discussed at length the attributes of the female company available in the Hereafter, I was pretty sure there would be no mention of Daisy Duke or Pamela Ewing in such literature. Guess I would have to write it myself then.

To be fair that wasn't quite what motivated me. Rather, it was my three young children who made me ponder on the kinds of things that I'd want to discuss with them as they grew up and attempted to navigate the sometimes rocky path of being a Muslim in a modern western society. Perhaps I could offer some guidance in light of my own experiences. Perhaps I had a duty to flag up topics which I thought the next generation would do well to consider. So that's how I came to begin my first book, for the benefit of my children, but almost immediately it became obvious that these were issues that had a much wider audience. After all, aside from climate change, what was more important than the question of the role of Islam in the future of the world?

Yet, how was I to address such issues without this book becoming another religious work  to be read by the interested few rather than the should-be-interested many? How was I to attempt to inspire Muslims without worrying non-Muslims, or attempt to reassure the latter without alienating the former? I concluded that the best approach was to be myself and if that injected a dose of humour and irreverence into proceedings, then so be it. This was going to be the best one-stop shop book about Islam in recent times; the book that successfully bridged two worlds; the book that entertained while it educated, and informed while it inspired; the book that walked the tightrope of controversy without falling into the abyss. No danger then of setting the bar too low!

The end result? Although I'd like to think that I have succeeded in including the diverse subject matter mentioned above, inevitably limitations of time, space and readability meant that they could only be dealt with superficially. No matter, I had managed to set the scene with a meander through my own background before exploring the tremendous historical achievements of Muslims, which hopefully put into context their all too apparent current failings; endeavoured to highlight the often-justified anger in certain parts of the Muslim world,  whilst at the same time warning against using this as an excuse for the shortcomings apparent in that world; attempted to explain the need to consider issues of reform in Islam whilst clarifying that the work of those championed as such reformists sometimes left much to be desired; and hoped to conclude that Islam had to rediscover its moral and intellectual essence in order to restore its relevance in attending to the social and spiritual justice which it promised, and which the world sorely needed.

So there you have it. Readable, informative and humorous, Just Your Average Muslim is just what it says on the tin: the humble efforts of a regular guy in the hope of helping to kickstart the thinking that undoubtedly needs to take place if the Muslim world is to reassert its credentials as a force for good in this world.

Zia Chaudhry is a practising barrister, Fellow of the Muslim Institute and author of Just Your Average Muslim.

Further information about the book and its author can be found at www.justyouraveragemuslim.com.