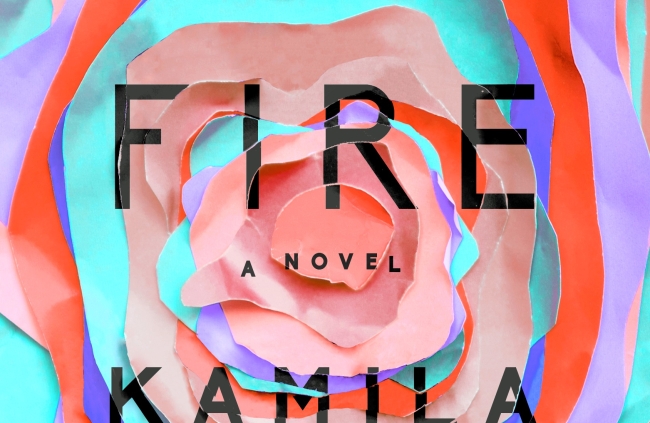 “In the stories of wicked tyrants, men and women are punished with exile, bodies are kept from their families—their heads impaled on spikes, their corpses thrown into unmarked graves. All these things happen according to the law, but not according to justice. I am here to ask for justice.”  (Aneeka)

Kamila Shamsie’s new novel Home Fire, a contemporary reworking of Sophocles’ tragic play Antigone, which was longlisted for this year’s Main Booker Prize, portrays the clash between society, family and faith by presenting an account of two Pakistani emigrant families – of Karamat Lone and Adil Pasha.

Adil Pasha, a jihadi who had fought in Kashmir as well as in Bosnia, Chechnya, Kosovo, had abandoned his family and died on his way to Guantánamo, leaving behind his three children. The eldest is Isma and the younger twins Aneeka and Parvaiz, all of whom barely knew their father. Isma, a pious Muslim, has taken care of her younger siblings since they were 12 years old after their mother's death. She has returned to her academic life, to pursue a PhD in Sociology in US (her mentor had been educated at a convent school in Kashmir) only when she feels the twins are adult enough to stand on their own feet. Aneeka gets a scholarship to study law and Parvaiz is finally transformed into Mohammad bin Bagram by Farooq, a recruiter of ISIS, who showed him a dream of a man's ideal world; he has joined Farooq in Raqqa, Syria, to follow in his father’s footsteps.

“There is a place like that we can go to now. A place where migrants coming in to join are treated like kings, given more in benefits than the locals to acknowledge all they’ve given up to reach there. A place where skin color doesn’t matter. Where schools and hospitals are free, and rich and poor have the same facilities. Where men are men. Where no one has to enter haram gambling shops to earn a living, but can provide for his family with dignity. Where someone like you would find himself working in a state-of-the-art studio, living like a prince. Your own villa, your own car. Where you could speak openly about your father, with pride, not shame.” (Parvaiz)

The second family that holds the plot in place is that of Karamat Lone, an ambitious British home secretary who has left his faith and become an atheist, to steadfastly climb the political ladder. His son Eamonn, or Ayman, falls for Aneeka, and it is here that the worlds of the two families collide.

The novel explores a storyline that leads to the protagonist Aneeka sitting beside the dead body of her twin brother Parvaiz, demanding a burial for him in their homeland, England – which the Home Secretary doesn’t allow – and not in Pakistan from where their parents migrated many decades ago. (The reclamation of a brother’s corpse is the basic premise of Antigone.)

The main theme of Home Fire is not the burial of Parvaiz Pasha, an anti-state activist, who was killed in a drive-by shooting outside the British consulate in Istanbul after he realised his mistake and wanted to return home, but the violence and the tyrannies inflicted by the state on the family of the terrorist.

Though it’s about a British Muslim family from Pakistan, living around Preston Road in Wembley, while reading it I could relate and see the parallels of some of the incidents in Kashmir too – a macrocosm and a microcosm of the happenings.

There are many families in Kashmir whose elders, men either killed by forces or even by natural death, put the whole stress on elder daughters, who become de-facto parents to their siblings and sacrifice their own lives. In a way Aneeka is like the half mothers of Kashmir who demands “justice”, “not law”.

When people like Parvaiz who dreamed of a world of justice realised that the dream, which they were shown when they joined, was not the world they were promised, returned home, it was easy for some, while others couldn’t survive it. Some surrendered militants were also provided jobs by the state.

The hardships, sufferings and the threat faced by the families of the militants in Kashmir from the state, particularly those who had no connections to the powerful, are beyond description.

We have here the likes of Karamat Lone, who to please the Centre and gain power for themselves can do anything; they even turn against and harm their own people.

Shamsie has been successful in dropping and reshaping some of the melodramatic elements in her retelling of Antigone; however, the novel’s unsatisfactory conclusion could’ve been spared – the killing of Aneeka and Eamonn resembles the ending of Haider, a Bollywood adaptation of Shakespeare’s Hamlet that’s based in and on Kashmir, where Haider’s father is accused of sheltering militants, abducted and then murdered; his own uncle, a collaborator, is involved. The movie ends on a positive note: revenge only leads to revenge.

The novel is filled with the beautiful passages which catch the attention of the reader, particularly the vivid details of Raqqa, the description of grief, the portrayal of the relationships between the siblings, the things and emotions which only a Muslim can relate to, and so on.

I was impressed by Shamsie’s power of writing; her courage in speaking about the challenges of Muslims in our world; her structuring of the novel: the five chapters based on five characters, to make the readers listen to the account of details through the eyes of each particular narrator. In doing so this novel poses a burning question: is justice more important or the law?