The London 2012 Paralympics, opened by the Queen and the Duke of Edinburgh, are well underway. For two weeks, we Lord Sebastian Coe and other LOCOG officials’ lofty statements not just about the games’ alleged spirit of inclusiveness but also about their role in the empowerment of disabled people and the challenging of misconceptions around disability. Such pomp and pageantry however, is disingenuous to its core, something recognised by many disability rights campaigners.

As many have noted, from McDonalds and Coca-Cola, partly responsible for obesity epidemics worldwide, to British Petroleum, notorious for off-shore drilling and funding climate change denial, the list of sponsors leaves one bewildered.

More recently, in light of French technology provider Atos’s sponsorship, disabled campaigners and the UK Uncut movement have planned a spate of protests owing to the company’s involvement in controversial tests to determine whether people claiming disability benefit are ‘fit to work’. Editions of Panorama and Dispatches one month ago exposed deeply upsetting practices within the company, enraging campaigners.

The most outrageous sponsor, among this motley assortment, however, is the Dow Chemical company, connected to the world’s deadliest and disgraceful industrial disaster; one that has to date claimed 25,000 lives and continues to wreak havoc among India’s poorest people. It is also the world’s second worst polluter according to a 2010 US Environmental Protection Agency report, rendering the company’s ‘putting humans first’ tagline laughable.

In what is a bitter irony, whilst reaping the benefits of being associated with games designed to empower the disabled and challenge societal attitudes towards disability, the Dow chemical corporation is simultaneously responsible for wave after wave of severely disabled children in Bhopal, forsaken also by their central government and not at all lamented by the liberal Mr Obama. American concern for the environment in relation to the Gulf of Mexico oil pollution and the resultant justifiably punitive treatment of BP, was in cynical and distasteful contrast to the American government’s protection of Dow from any form of meaningful prosecution over the Bhopal disaster. Just a day before the opening ceremony, on 27 July, Bhopali citizens hosted what they termed the ‘Special Olympics’, in which participated one hundred children born with physical or intellectual disability directly owing to the disaster.

I have written extensively about the plight of the Bhopalis as well as LOCOG’s spurious justifications for Dow’s sponsorship hereand here. A more comprehensive account was recently published over at counterpunch.

The aforementioned tragedy however, isn’t the only instance Dow has brought about mass disability. The corporation is also tied to the above Pulitzer winning picture, depicting nine year old Phan Thi Kim Phuc, running in a South Vietnamese village whilst being burnt alive by napalm. Dow produced napalm and dioxin containing Agent Orange, deadly defoliants used to see through the US military’s scorched earth policy during the Vietnam War leading to over half a million deaths and generations of disabled Vietnamese citizens. Millions of gallons of both chemicals were manufactured by the company during the 60s and 70s in the face of anti war demonstrations, and when most other chemical giants had refused to become involved.

The Vietnamese Red Cross estimates that today, up to three million people have been affected by Agent Orange, many of whom are disabled or face serious health problems, including 150,000 children born with birth defects. Other sources use figures higher still. With the US refusing to accept responsibility for the outcomes of its chemical warfare, and famously not acknowledging the jurisdiction of any international court, over the years victims’ groups have attempted instead to pursue Dow for its involvement. They have been sent back unsuccessful, insulted, on every occasion. Dow’s  2012 Paralympics sponsorship provides the worst insult. 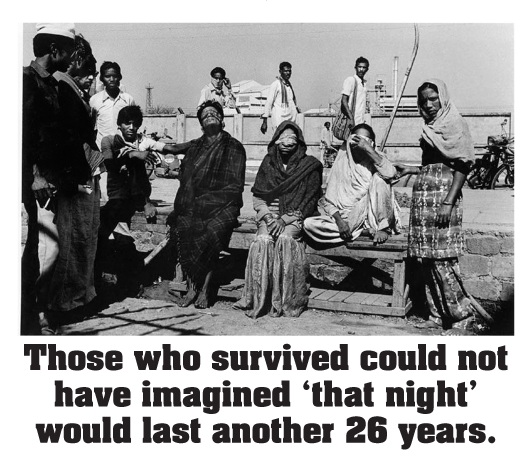 Aside from the laudable high profile resignation of Meridith Alexander on Newsnight (here she is in conversation with the Bhopal Medical Appeal’s Alex Toogood about her decision), figures from within LOCOG and the IOC have shown near total indifference to the mass suffering above discussed. Voices of protest such as those of the Vietnamese government, the Agent Orange Action Group and the Bhopal Medical Appeal, all of whom feel the games facilitate corporate ‘green washing’, sadly go unheard.

And so it is that while Lord Coe excitedly boasts viewers will be ‘blown away’ by the 14th Paralympic games, thousands of disabled people worldwide look forward to the day figures like his Lordship show similar interest in those blown away by Dow’s merciless chemicals.