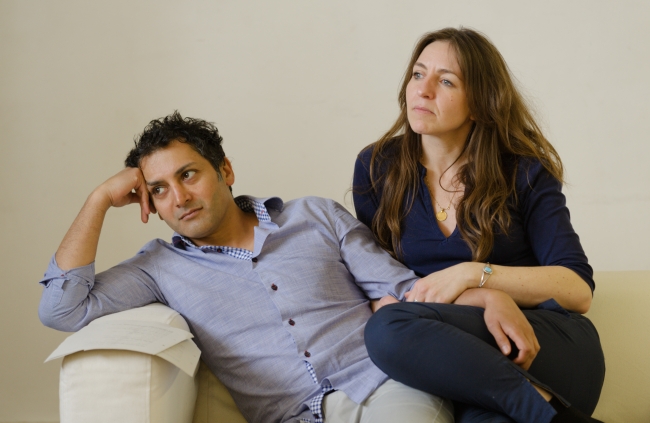 "It is in the bones. You have no idea how I was brought up. You have to work real hard to root that shit out"

New York. Today. Corporate lawyer Amir Kapoor is happy, in love and about to land the biggest career promotion of his life.

But beneath the veneer, success has come at a price. When Amir and his artist wife, Emily, host an intimate dinner party at their Upper East Side apartment, what starts out as a friendly conversation soon escalates into something far more damaging.

The Bush Theatre production and UK premiere of Disgraced, the hit play about ambition, culture and faith which took US audiences by storm, provoked debate across the nation, and won the 2013 Pulitzer Prize for Drama.

Disgraced is directed by Nadia Fall (Untold Stories, Curious Incident of the Dog in the Night-time, The Doctor’s Dilemma; National Theatre).

For information and tickets go to: http://www.bushtheatre.co.uk/production/disgraced/

Join the Muslim Institute's Hassan Mahamdallie and Ziauddin Sardar on 10 and 17 June as they participate in post-show discussions. “In America there is a high premium on homogeneity and fitting in – and to just accept and adopt the American way of being. The problem for American Muslims is that they are not really being allowed to do that by society.

One of the things the play is about is how Muslim’s exist inside the representation that the West has of them. In some sense Disgraced may be suggesting that modern Muslim identity is still entirely wrapped up in what the West thinks of the Muslim ummah. And this is a cul de sac. We have got to figure out not how to counteract this image, but to understand it and move on.

We all take many false paths before we find the real one and I think that’s a universal story. I see Amir’s trajectory as an act of creative destruction. But it’s not my job as an artist to sit in judgement as to whether it’s OK for my characters to do things. But I think there is a good reason for the audience to ask that – to mull over the implication of his choices.”