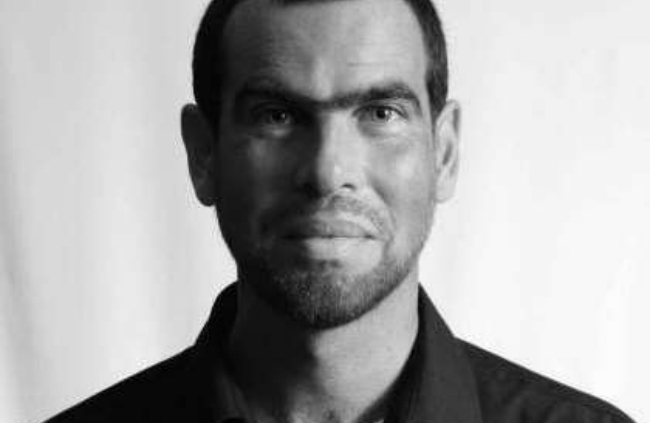 Robin Yassin-Kassab never managed to finish what he refers to as T.E. Lawrence’s vastly overrated “Seven Pillars of Wisdom”.

It’s a poorly written, narrowly partial and self-dramatising account of the Arab Revolt against Turkish rule during World War One, as poor a rendering of history as one would expect from Lawrence, with his poor Arabic, poor knowledge of the Arab nationalist movement, and his strange belief that he could pass as an Arab, despite his blond hair and stumbling speech.

I got as far as his description of the Syrians as “an ape-like race.” A far, far better book on early Arab nationalism is George Antonius’s “The Arab Awakening,” which covers the period from Muhammad Ali’s brief unification of Egypt and Syria in the 1830s to the struggle for Palestine in the 1930s.

Writing in 1938, Antonius is much too optimistic about the Saudi takeover of Asir, the Shammari lands and the holy cities in the Hejaz. “It re-established the ascendancy of Moslem ethics and Arab traditions,” he says, paying only slight attention to the massacres and cultural vandalism which attended the Sauds’ arrival. Antonius didn’t forsee the immense power that oil wealth and the client relationship with America would bring, and he incorrectly expected that Wahhabism would moderate through contact with the world.

But that’s my only quibble. He’s excellent on events in the northern Arab countries and on the linguistic and cultural origins of Arabism. He notes the interesting role of American Protestant missions in re-establishing the study of Arabic and its literature, and the key part played by Arab Christians in the burgeoning movement.

At the time the Muslims of India were infuriated by the Arab revolt against ‘the Caliphate’, and several Arabs today, with the benefit of hindsight, are also regretful. But Antonius reminds us how bad late Ottoman rule was for the eastern Arab lands. Samuel Lyde, an Anglican clergyman on a hopeless mid 19th Century mission to convert the Syrian Alawis, talked about “the increasing desolation and depopulation, which in the neighbourhood of Ladikeeh are going on at the present moment, in the burning of villages, and the death, in perpetually recurring petty fights, of their inhabitants … scenes of blood and desolation which must… end in the utter ruin of the country and extirpation of the population.” It seems more than a little anachronistic (not to say unIslamic) in our politically-conscious modernity to allow an unelected emperor to claim the Caliphate.

In any case, the Islamic aspect of Turkish rule had long been relegated to the propaganda department. Turkish chauvinism was the governing ideology. Whether under the Sultan or the Young Turks, all attempts at decentralising the empire failed. The Ottomans met secular-nationalist and Wahhabi challenges alike with harsh repression.

For decades the ailing empire had been kept intact only by European agreement – the competing states didn’t want their profitable power balance upset. World War One changed that. Antonius narrates in detail the Hashemite Sharif Hussain’s negotiations with the British and his crippling good faith in British fairplay (a tendency which continues to curse his dwarvish descendants on the Jordanian throne). It’s noteworthy that the British were as eager to recognise Hussain as Caliph as they were to mock him with endless Turco-Persian honorific titles (Sharif son of Sharif, Sayyed son of Sayyed, Lord of the Many, etcetera).

Hussain ignored references to the Caliphate and concentrated on the practical business of Arab independence and unity through federation. His agreement with Sir Henry McMahon appeared to grant British support for “the freedom of the Arab peoples” in return for Arab armed action against German-allied Turkey.

Hussain didn’t know that the fate of the eastern Arab lands had already been decided by secret agreements between Britain, France and Zionism, specifically the Sykes-Picot carve-up and the notorious Balfour Declaration. Where Shahid Alam suggests (in his fascinating “Israeli Exceptionalism; the Destabilising Logic of Zionism”) that the Declaration resulted from British-German competition over Jewish capital, Antonius emphasises Balfour’s imperialist motives: to ensure control over Palestine, at least in the short term (that little thought was given to the long term is evidence of how easily imperialist responses were resorted to).

France had the Lebanese-Syrian Levant to the north and had previously claimed Palestine as part of Syria (as indeed it was in Ottoman times). Britain had Iraq, its route to the Gulf and British India. It aimed to permanently garrison this territory and perpetuate its dominant role in Egypt. It needed a land bridge between the two, but Sykes-Picot designated Palestine a zone of shared influence – British, French and Russian. So the logic of the Declaration was, “…since England had given a solemn undertaking to the Zionists in regard to a national home in Palestine, it was only fitting that the task of governing Palestine for the fulfilment of that undertaking be assumed by England.”

Despite the efforts of the Board of Deputies of British Jews and the Anglo-Jewish Association (who, like the Sharif Hussain and most Arabs, opposed political Zionism but not cultural Zionism nor the humanitarian migration of persecuted Jews to Palestine) the Jewish state idea won prominent converts such as Lloyd George, Guardian editor C. P. Snow and Winston Churchill. News of Balfour and Sykes-Picot (the beans were spilled by the revolutionary government in Russia) reached the Arabs before their revolt was complete.

At the same moment the British, to please their French allies, removed the Arab flag from Arab-liberated Beirut. Mutiny in the Arab ranks was only narrowly averted by the distribution of an Anglo-French Declaration stating that all future governing arrangements would be based on the consent of the governed. The Declaration was no more than propaganda. At the post-war conferences of Versailles and San Remo, Sykes-Picot was readjusted and then implemented. The Sharif Hussain’s son Faysal, now king of Syria, was pressured to accept a French mandate. Like a Beduin Mahmoud Abbas, he conceded. His weakness didn’t help any, even after his police slaughtered over a hundred nationalist Damascenes. Two thousand more were massacred by French warplanes at Maysaloon. Faysal scuttled into exile as the occupation began, turning up later as the British-sponsored king of Iraq.

The Arabs called 1920 – the year of San Remo, of French occupation in Syria and British occupation in Iraq – aam al-nakba, the Year of Catastrophe. In July an intifada broke out in Iraq. Jihad was declared in Najaf and Kerbala. In 1947 a new Nakba – the ethnic cleansing of Palestine – drowned the memory of the old. It’s very annoying and very counterproductive for Arabs to blame all their problems on the West (I’ve never actually met an Arab who blames everything on the West, although the British newspapers assure me such people form a majority).

Yet it’s also very important to remember that a century ago the eastern Arabs arrived at near consensus on their desire for independence, unity, and some form of representative government. Most Sunnis, Shias, and Christians regarded each other as brothers aiming for a common goal.

Today Palestine and Iraq are occupied. The ‘free’ Arabs are splintered into tiny dictatorships, most clients of the West, each state with its own media, education and economic system. These states are terrifyingly powerful at home and terrifyingly weak abroad, and are incapable of cooperating on essential regional issues such as the fair management of water resources. The region is racked by sectarian hatred. No-one’s going to help the Arabs until they help themselves, so there’s no point whining about the past.

But at a time when the British Minister of Education argues there should be more glorious imperial history on our curriculum, it’s worth remembering the real business of empire: the deliberate de-development and disenfranchisement of nations, leading to centuries of blood.

Robin Yassin-Kassab is the author of The Road From Damascus, a novel published by Penguin. He co-editswww.pulsemedia.org and blogs at www.qunfuz.com.