From No Place to Our Place - 500 years of Utopia 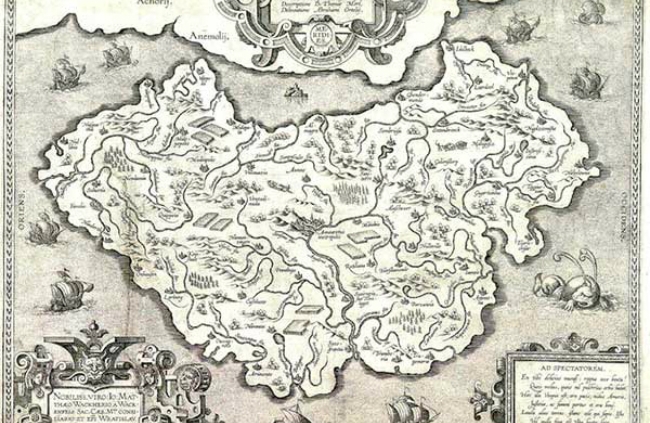 On the 500th anniversary of Thomas More’s Utopia, Hassan Mahamdallie looks through history at how people’s dreams of a better society were born.

Five hundred years ago Thomas More, King Henry VIII’s powerful adviser, published a small book in Latin that has echoed through the ages.

Utopia (Latin for “No Place”), narrated by a fictional traveller, describes an island whose geography resembled 16th century London. But its people live together in “the best condition of a society”.

The Republic of Utopia is a commonwealth without private property, where everything that’s produced is shared equally.

The citizens work for just six hours, with the rest of their days devoted to leisure and learning. Gold and silver have no value on the island state and money has been abolished.

Before his execution, he was a key member of the Tudor dynasty’s royal household and hunted down religious heretics.

More had fallen foul of Henry VIII for refusing to recognise the king’s right to divorce Catherine of Aragon.

Yet he was also part of a network of European humanist philosophers. They promoted rational thinking against what they saw as superstitious doctrine and abuses of power, particularly by the Roman Catholic Church.

More himself was drawing on earlier imaginings, going back to the Greek philosopher Plato.

Alongside this intellectual Utopian tradition, there had always been more sensuous visions for a perfect society.

These imagined a paradise on earth, which contrasted the misery of oppression with an unobtainable dream of equality, plenty and fulfilled human needs. An early example is the poem The Land of Cockaigne, versions of which appeared in Western European countries in the Middle Ages.

Some scholars have suggested that it has echoes of descriptions of paradise in the Qur’an.

The poem reflects the preoccupation of the serf against the oppressive and corrupt land-owning church.

It is obsessed with having an abundance of food. But there was no prospect of Cockaigne ever being realised.

Only with the rise of capitalism and the working class did a force capable of building the kind of society these Utopias conjured up enter the world stage.

The most famous modern Utopia is the 19th century artist and revolutionary socialist William Morris’s novel News from Nowhere. The title is, of course, a reference to More’s text.

Morris, wrote the novel to “add a little hope to the struggle”.

He called it the “instinctive vision” of socialists, to be able to keep hold of the future goal at the centre of the everyday fight against the system.

The key chapter in News from Nowhere is called How the Change Came.

It describes the mechanism by which capitalist society enters a Utopia (communist living).

It is a workers’ revolution that turns Utopia from no place to our place.

Hassan Mahamdallie is Director of the Muslim Institute.

This article was first published in Socialist Worker