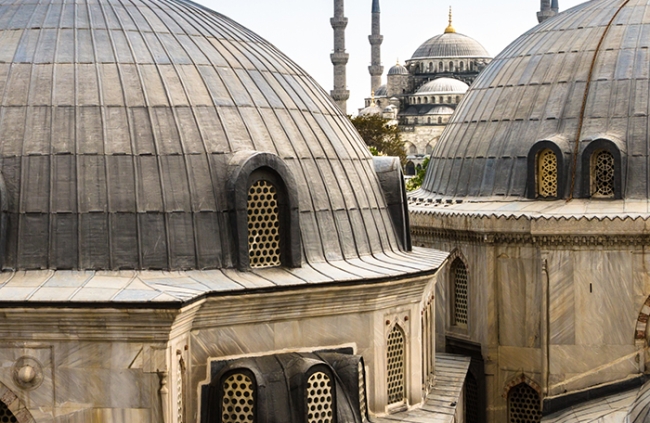 Fellows and friends of the Muslim Institute are invited to book their places now for the Eleventh Annual Muslim Institute Winter Gathering. Marking the 40th anniversary of the Islamic Revolution in Iran, this year the theme is 'Iran: The Revolution Goes Wrong'. Speakers and sessions will explore the impact of the overthrow of the last monarch of Iran and his replacement with an Islamic Republic, and the way in which events 40 years ago have shaped Iranian society today.

As before our base is Sarum College, which offers friendly, comfortable accommodation in single, twin and double rooms, mostly en-suite, and all halal catering. The weekend - inclusive of accommodation, all meals and refreshments from registration at 4-6pm on Friday 22 November through to lunch on Sunday 24 November - is FREE for Fellows. PLEASE NOTE ACCOMMODATION AT SARUM COLLEGE IS NOW FULLY ALLOCATED.

Non-Fellows will need to arrange and pay for their own accommodation, as well as pay a booking fee of £50.

We reserve the right to charge a cancellation fee of £50 as appropriate.

Schokofeh Kamiz looks at the way film has reflected changes in society over the past four decades, and the challenges faced by Iranian cinema in the Islamic republic.

David Shariatmadari remembers his father's experience of estrangement from Iran and how it informed his study of language.

An evening of readings, performance and song to launch the biography of Muslim Institute co-founder Dr Ghayasuddin Siddiqui, including Q&A with author C Scott Jordan.

Aida Balafkan listens to sounds and memories of the Revolution, then and now.

Schokofeh Kamiz is an independent filmmaker and video artist based in Berlin. She studied at the Iranian Youth Cinema Society of Karadj and media design in Braunschweig-Germany. She has worked professionally from 2004 to 2011 as a video journalist, her reports reaching from Berlin’s cultural scene up to the Libyan civil war. In 2012 she started to produce and direct her own films and video installations. In addition, she has worked as a camerawoman and editor with directors such as Ayat Najafi, Sobo Swobodnik and Agostino Imondi on several documentary films with international success. After Sabeen (late 2018) is her debut feature documentary about the life and death of Sabeen Mahmoud, an activist from Karachi killed in April 2015.

Iftikhar Malik is professor of history at Bath Spa University teaching courses on Contemporary Muslim World, Muslim Diaspora, Modern Asia, US history, the British Empire, historiography, and South Asian history and politics. In February 2015 and again in 2016, he taught at the University of Helsinki as an Erasmus professor. In 2004, he taught an MA course (International Politics) at the University of Brussels, while in 2006, he was a visiting Erasmus Professor at the University of Barcelona (AUB). In July 2007, he lectured at the University of Peloponnese's International Summer Seminar held on the island of Hydra followed by another in Corinth in August 2015. In 2007-8, he trained more than one hundred EU election monitors for Pakistan at Pisa's Scuola Superiore Sant'Anna. He has published seventeen books and seventy research papers in international journals.

Mohammad Nafissi was an Iranian PhD student in the US in 1978, and returned to Iran to participate in what proved to be the ‘Islamic Revolution’. He taught at universities before being expelled during the Cultural Revolution in 1980, after which he did various jobs including co-founding a publishing cooperative, and translating, editing and researching at some unvanquished quango. He left the Islamic Republic in 1986 when his side or sides had long been decisively defeated at the hands of the ascendant theocrats and their allies. Landing in London and failing to get a visa from the US embassy, he and his family ended up staying as long as they now have. In the meanwhile, he studied for a different PhD, and has been teaching mostly politics (at London Metropolitan University until 2009 and Boston University’s London programme since 2010), and researching mostly on Islam and ancient Greece, and successively associated with the Swedish Collegium for Advanced Study, SOAS, Institute of Classical Studies, Sodertorn University in Stockholm and King’s College London from 2009 to 2018.

David Shariatmadari is a Guardian editor and writer. He read Arabic and Persian Linguistics at Cambridge University, and went on to study at the University of London, where he focused on neurolinguistics and sound change. He was awarded a Master's degree with distinction after completing his thesis in phonology. His first book Don't Believe A Word: The Surprising Truth About Language came out in August 2019.

Rim Jasmin Irscheid graduated from the University of Heidelberg with a joint Bachelor in Psychology and Musicology in 2017. She continued her graduate studies in ethnomusicology at the University of Oxford under the supervision of Professor Gascia Ouzounian. Her dissertation focused on Franco-Arabic acid house and the cultural exchange between French artists and the Arabic diaspora in Paris. Her research interests include music and globalisation, transnational collaborations, sub-cultural theory and social aspects of cultural production, with recent case studies that consider the socio-cultural dimensions of the production and consumption of electronic music in France, Lebanon and Iran.

Aida Balafkan was born and raised in Iran and moved to the UK in 2008. She is currently a PhD student in the department of Anthropology at SOAS, University of London. Building on her interests in sensory and generational memory, her current research is concerned with the experiences and memories of Azeri-Turkish weavers living in the Southern borderlands of the Republic of Georgia. It seeks to understand how weaving and memories around it offer insight into this particular place and community. 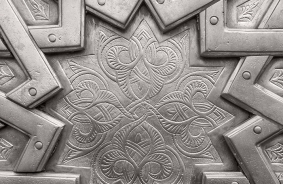 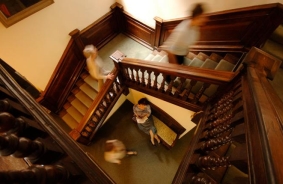