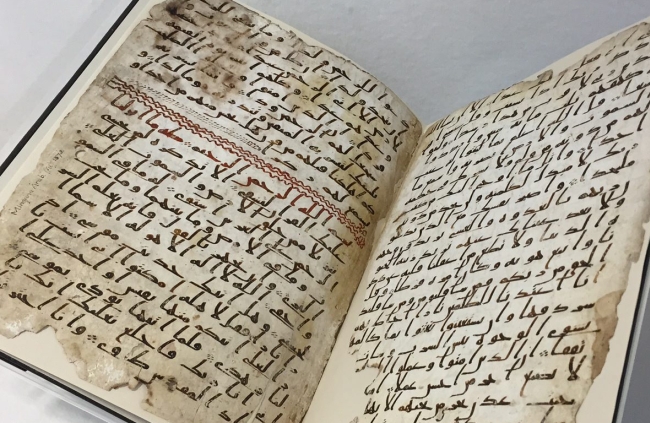 In this fourth Annual Ibn Rushd lecture, to be held at at the illustrious Art Workers' Guild Hall in London, Dr Alba Fedeli will talk about her rediscovery last year of some of the world's earliest surviving verses of the Qur'an: two leaves of parchment, which have been dated to the seventh century and could have been written down in the lifetime of the Prophet Muhammad.

Join us for a stimulating lecture followed by a vibrant Q&A session and continue the discussion over a buffet supper.

The Ibn Rushd Annual Lecture is by invitation only (Muslim Institute Fellows and friends will be receiving their invitations soon).