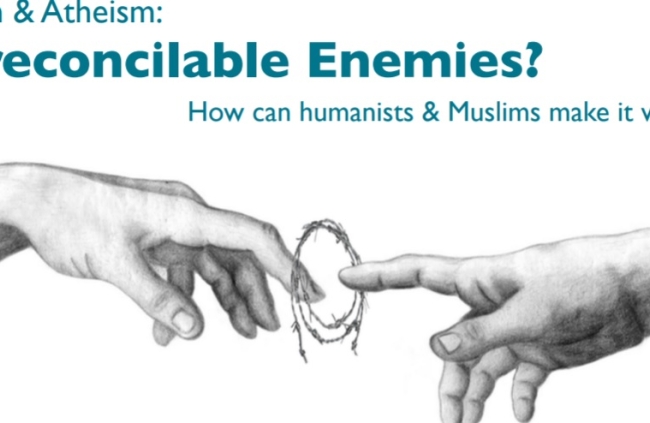 Modern Britain is a plural society. Around one in twenty of us - and one in eight Londoners - identifies as a Muslim, including some who have converted to Islam. At the same time, around half the population no longer identifies with any religion, and over one in five has a broadly humanist worldview (whether or not they call themselves humanists). Most humanists are atheists, including some ex-Muslims. And there's plenty of diversity on all sides.

Yes, unbelief and belief are "irreconcilable". But does that make every form of Islam and Humanism or, more importantly, people who are Muslims and humanists/atheists, irreconcilable enemies? Looking beyond the simple belief/unbelief divide, where are there fundamental differences? Where is there common ground? What can Muslims and atheists do to help make our plural society work better?

Four leading speakers, from diverse backgrounds, will share their views and experience under the guidance of an expert Chair

There will be plenty of opportunity to ask questions

We want this event to be as accessible as possible. Do let us know if you use a wheelchair or have any other concerns about access.