Critical Muslim is excited to announce the launch of the latest issue - CM28: Narratives at The British Library

Showcasing contributors Nur Sobers-Khan, Nicholas Masterton, Boyd Tonkin, and Shanon Shah, this event will look at the world of narrative, from the interpretation of dreams, listening to buildings that speak, an introduction to history and some rather amusing tall tales.

Nur Sobers-Khan is a dream interpretation enthusiast who completed a PhD in Islamic history in 2012 at the Oriental Studies Faculty at the University of Cambridge.  In 2012-2013, Nur was Iran Heritage Curator for Persian manuscripts at the British Library, and from 2014-2015, she was a manuscript curator at the Museum of Islamic Art in Doha, Qatar'. As Lead Curator for South Asia at the British Library she is responsible for the collection of books and manuscripts in South Asian languages written in Perso-Arabic script. She is also the Principle Investigator of the AHRC/Newton Babha-funded Two Centuries of Indian Print project, taking place 2016-18, which digitises the British Library's early printed Bengali book collections.

Nicholas Masterton is an architect and researcher at Forensic Architecture. He graduated from the Unknown Fields division of the Architectural Association with a previous degree from the Bartlett School of Architecture. His research includes studies into the nature of digital work and crowdsourcing. After having worked in at Wilkinson Eyre Architects and KTB Architecture, Nicholas joined the Forensic Architecture team in 2017, where he helped to produce a film analysing pro-government strikes on M2 Hospital in Aleppo.

Boyd Tonkin is a writer, journalist and critic who chaired the judging panel of the Man Booker International Prize in 2016 and is now Special Adviser to the Man Booker International Prize. He writes for The Financial Times, The Economist, The Spectator, The Observer, New Scientist and Newsweek magazine, and is contributing editor for The Arts Desk online. Until 2016 he was Senior Writer of The Independent, and was the newspaper’s Literary Editor from 1996 to 2013. He is the author of ‘The 100 Best Novels in Translation’ published by Galileo (2018).

Shanon Shah is lecturer in religion and social science education at King's College, London and a deputy editor of Critical Muslim. He was previously a research officer at Inform and associate lecturer in Religious Studies at the University of Kent.

Critical Muslim is a unique quarterly publication of ideas and issues showcasing ground-breaking thinking on Islam and what it means to be a Muslim in a rapidly changing, interconnected world.

Edited by Britain’s foremost Muslim public thinker and writer Ziauddin Sardar, Critical Muslim is a platform for the most innovative, vital and accessible writing from within and beyond the Muslim world, in the UK and internationally. 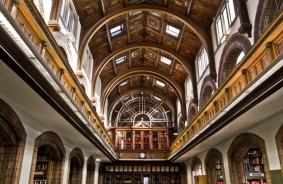 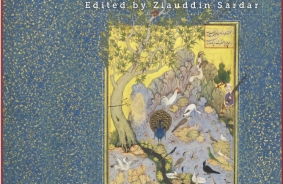